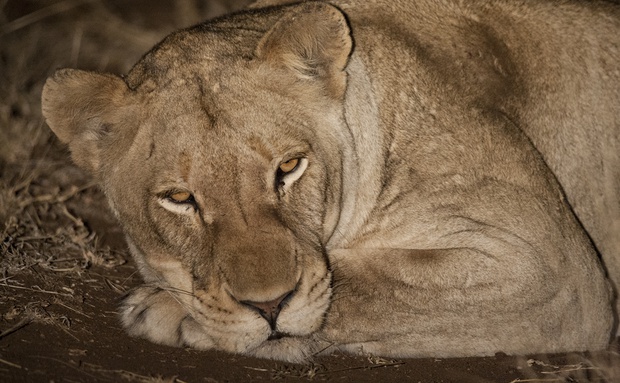 As mentioned in our last monthly highlights blog, the Mbiri males have been spending a lot of time to the south of our traversing of late, on a few occasions they have been seen with the Myambula pride, a pride that reside and hold territory to the south of our boundaries and only every now and then making incursions to the north.

It has been quite a change not hearing the familiar roars of the mighty Mbiris just north of our camp every night as they remained in the vicinity of the Zebinine pride and their cubs, it seemed the males weren't straying too far from their youngsters and new females which was good as their constant presence keep threats like hyenas or even other lions away from the den site. But male lions are males after all and with both lionesses from the Zebinine pride occupied with their cubs the males were left to seek out other females, females they can mate with and in turn increase their stronghold over the central Timbavati by spreading their genes.

It appears that the Mbiri males have found what they were looking for, in the form of the Myambula pride, a pride consisting of 5 adult lionesses, and apparently no dominant male lions ruling the pride although that hasn't been confirmed as we do not see the pride enough, this makes for a relatively easy pride take over. One of the lionesses has been seen with small cubs which either signals that the Mbiri males have already laid claim to this pride some time ago or they have dispatched the previous dominant male/s of the Myambula pride. There was a young male that was with the Myambulas however he no longer is seen, what happened can only be guessed, did he get chased off by the Mbiris? Was he caught and killed by the Mbiris? We don't know and can only speculate as to what happened to him. But which ever scenario it was the Mbiris have taken over the pride and are now cementing themselves as the dominant males of the Myambulas.

A couple of nights ago, we found both Mbiri males with 3 of the Myambula lionesses, the larger Mbiri was resting with 2 lionesses while the smaller male was coupled up with the third lioness. Interestingly it is the smaller male who seems to be the more dominant of the 2 males, often muscling out the larger male even when testing the scent of a female to find out her reproductive status. This is unusual as the larger males with their full dark manes carry more testosterone which not only makes them bigger but also more aggressive and defaults them into the dominant position of a coalition, but this is not the case with the Mbiri males, the heavily scarred face of the smaller male in comparison to the relatively untouched larger male tells a different story, and the big male is left to watch his brother mate from a distance and any attempt to approach the lioness in season is met with thunderous growls from the other male.

Here are a few photos from that sighting: 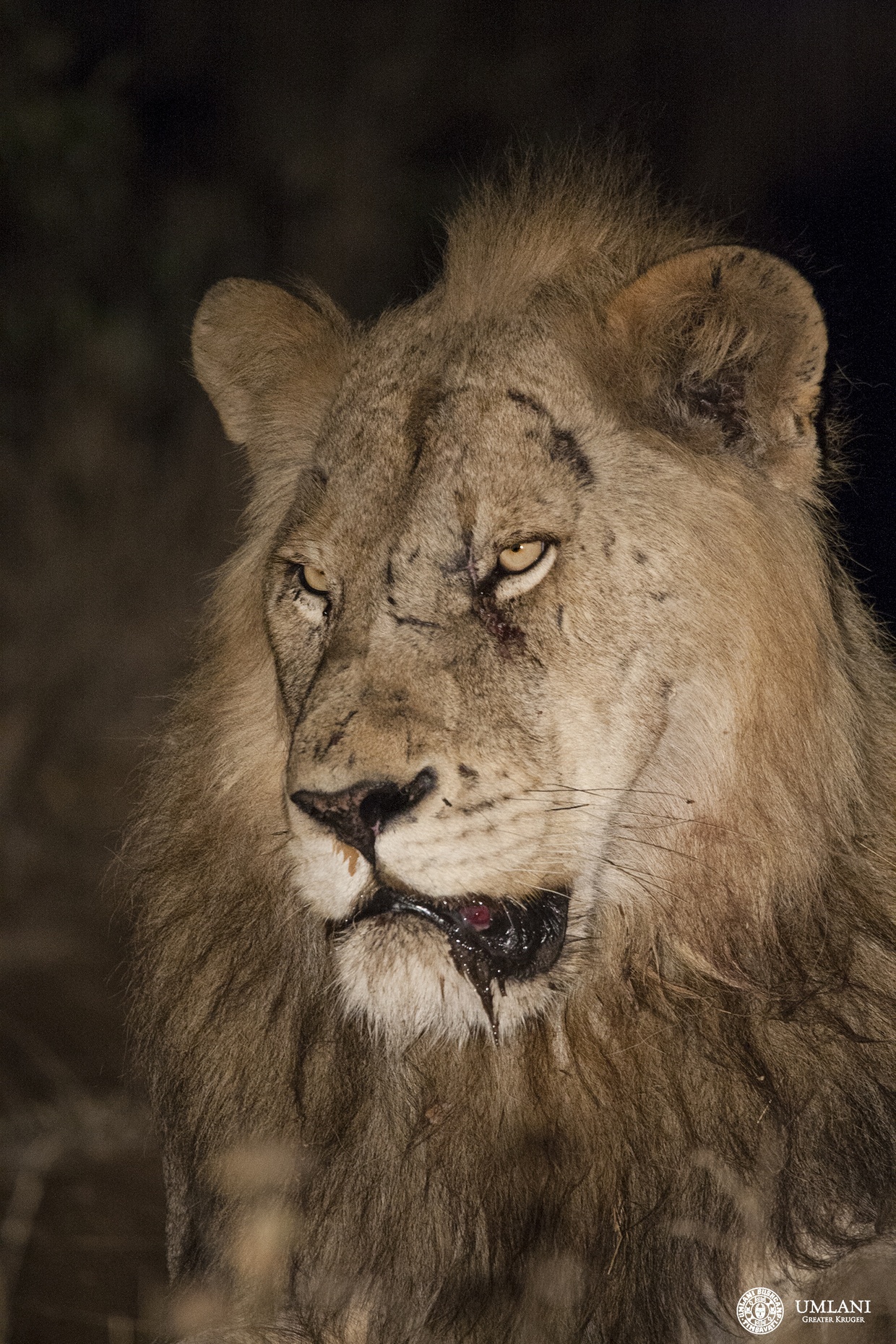 It is unbelievable how animals have the ability to heal while living out in the harsh environments of the bush, a few weeks back this male looked as if he had potentially lost an eye, now that wound is just another scar to add to his tally. 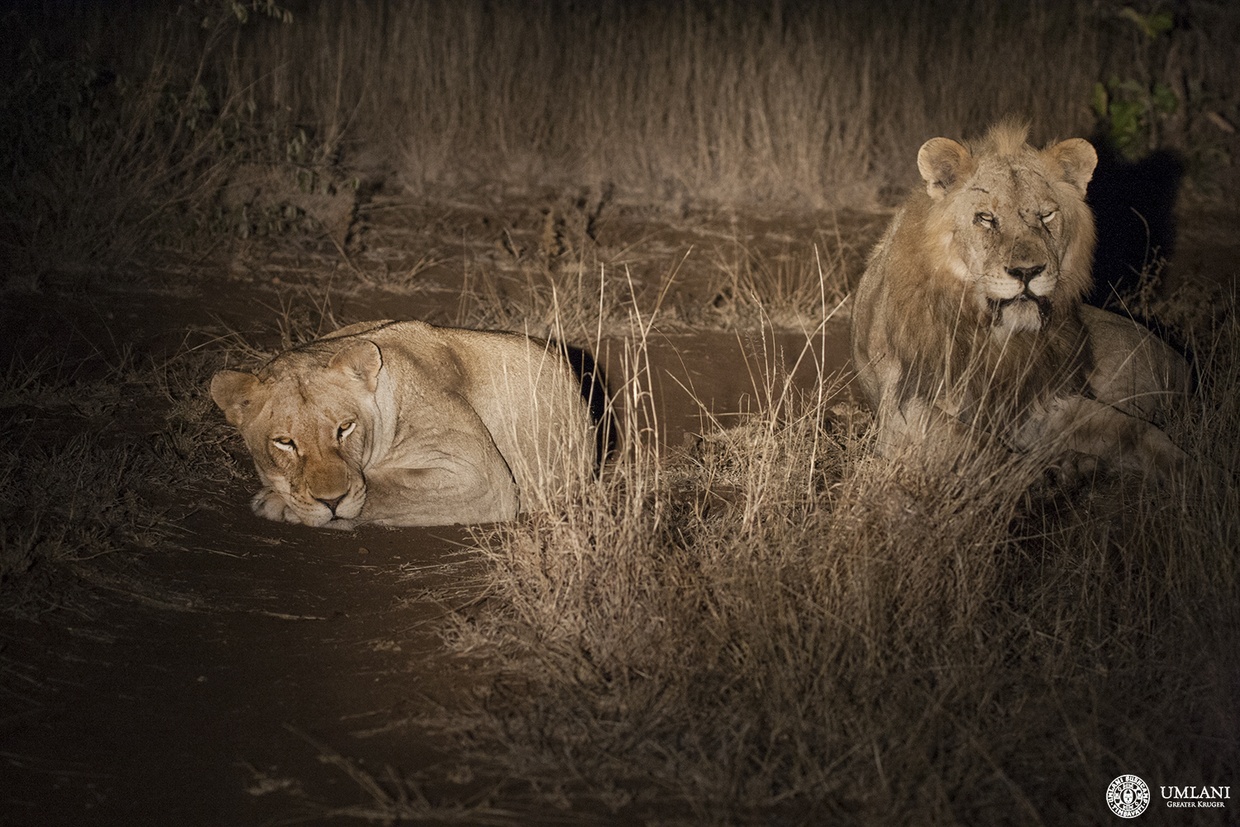 One of the Myambula lionesses rests next to the smaller Mbiri male in between mating sessions, the male however, was ever watchful and tried to mate at every movement the lioness made even if it was just to re-position her head. 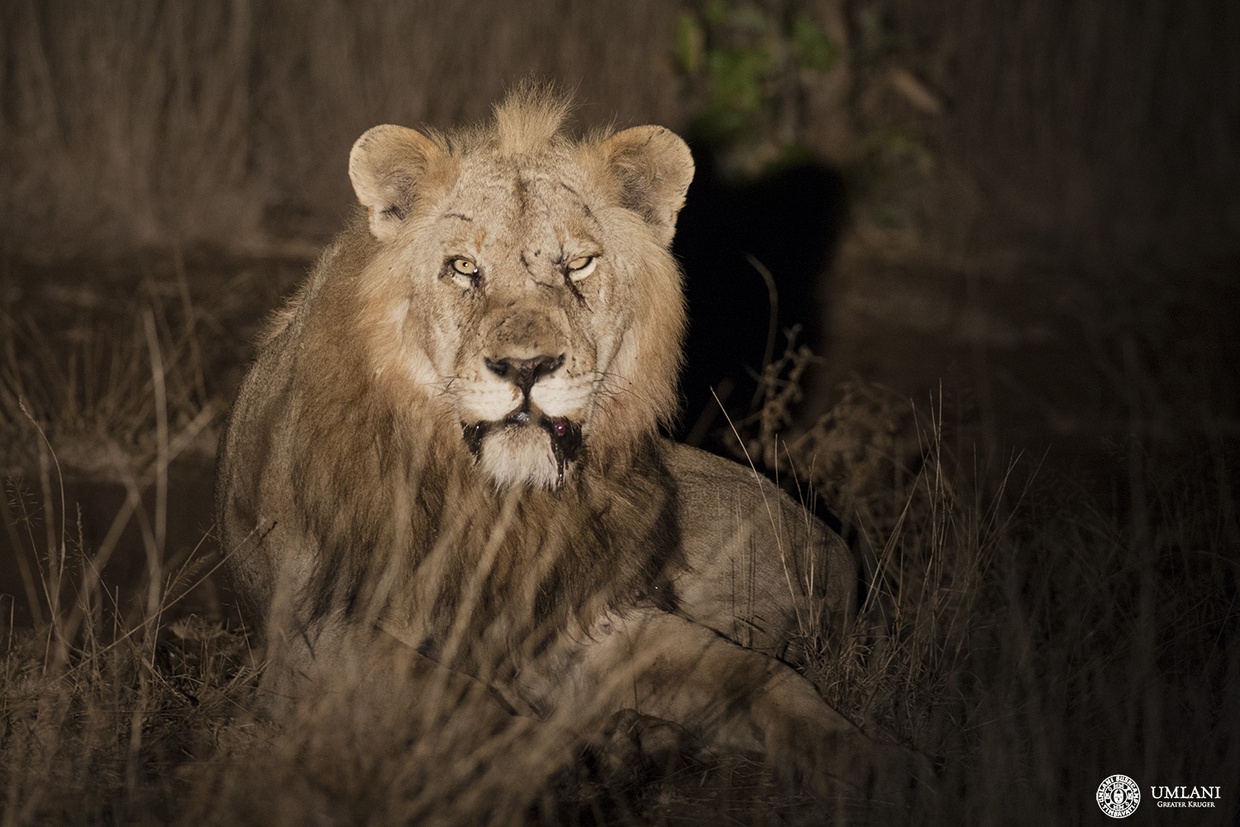 This has to be one of the meanest looking lions I have ever seen, his scarred face and amber gaze add to the intensity when he looks at you. 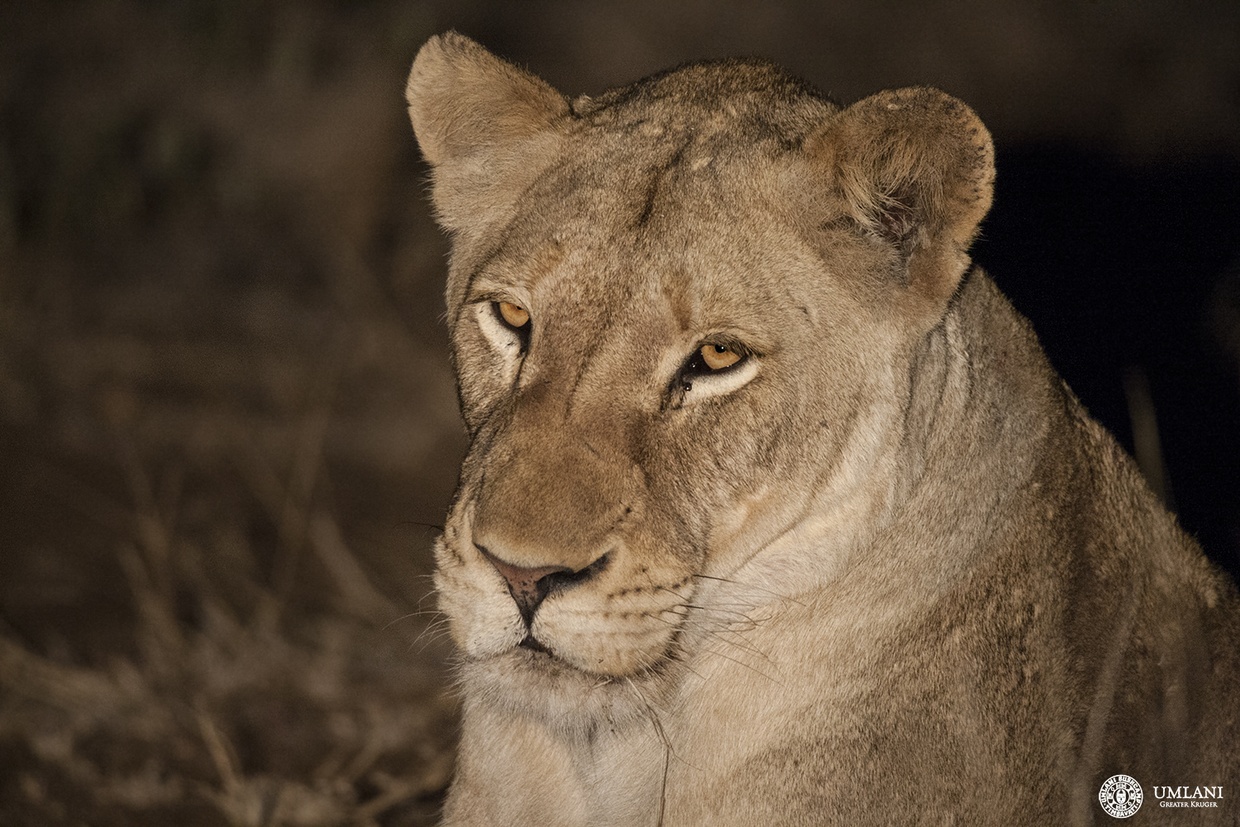 A striking feature of the Myambula lionesses is how beautiful they are, they are big healthy looking lionesses and perhaps now that they have the protection of the Mbiri males we will begin to see more of this pride. 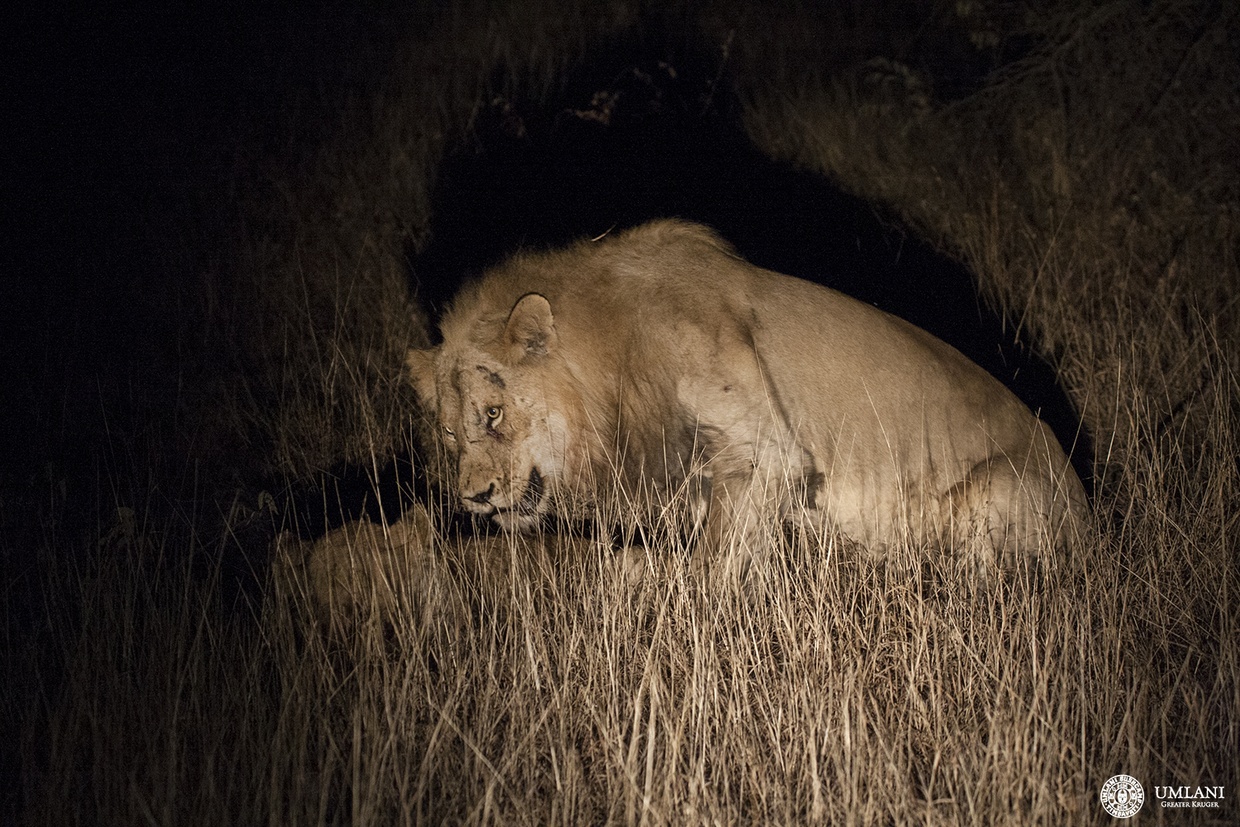 At one point the males frustrations and impatience proved to much for him and he tried mating with the lioness while she was asleep, this was met with an angry response from the lioness which sent one of the other lionesses running off into the shadows, the male then quickly made his way over to were the lioness had run from and started sniffing the area to see if she was perhaps ready to mate. 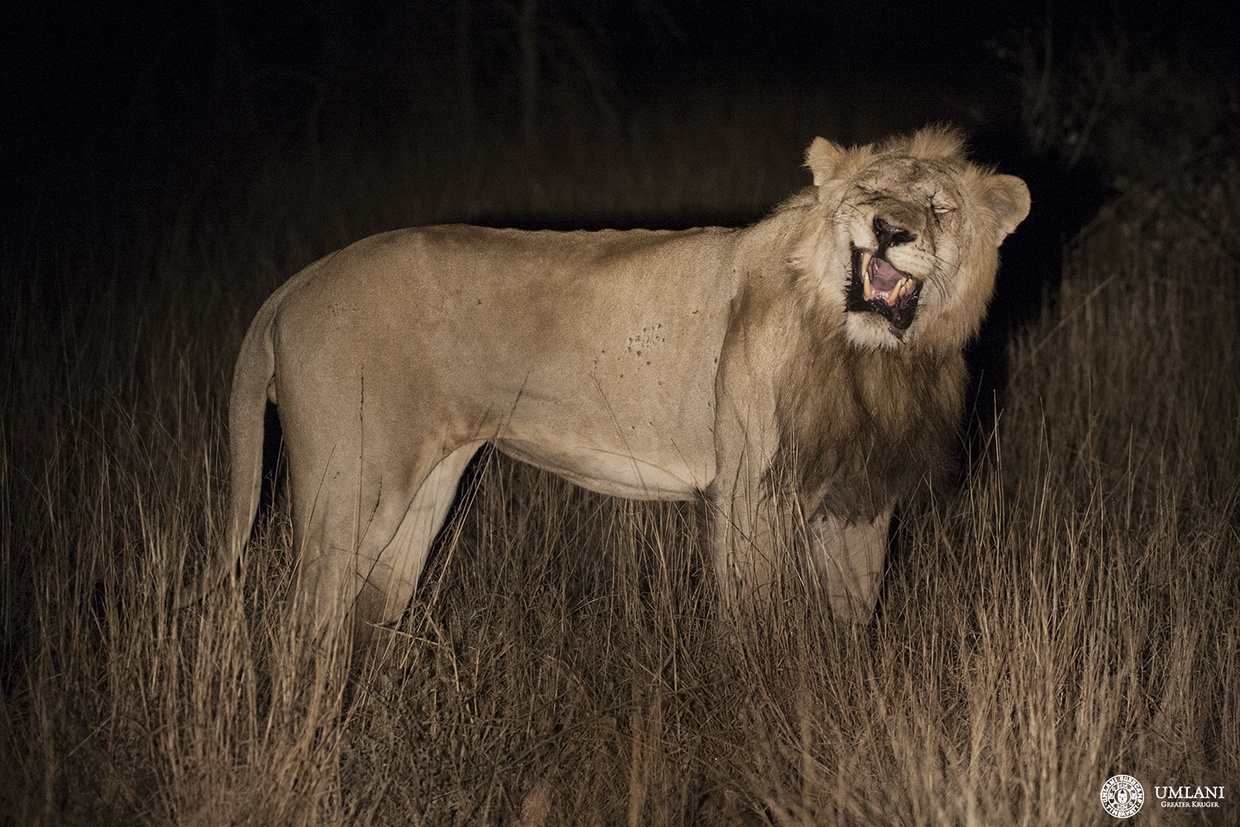 The Mbiri male showing the Flehmen response as he tests the scent of the lioness to gauge whether she is ready to mate or not. 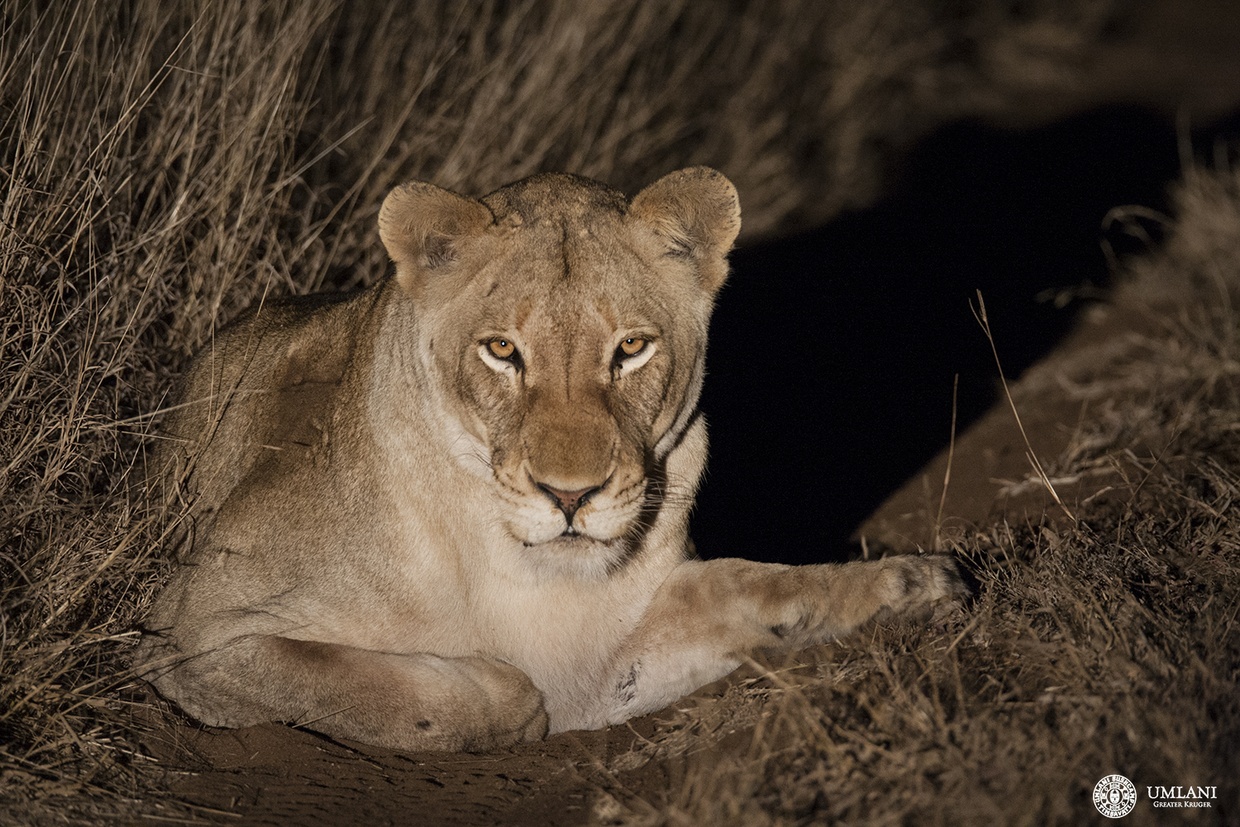 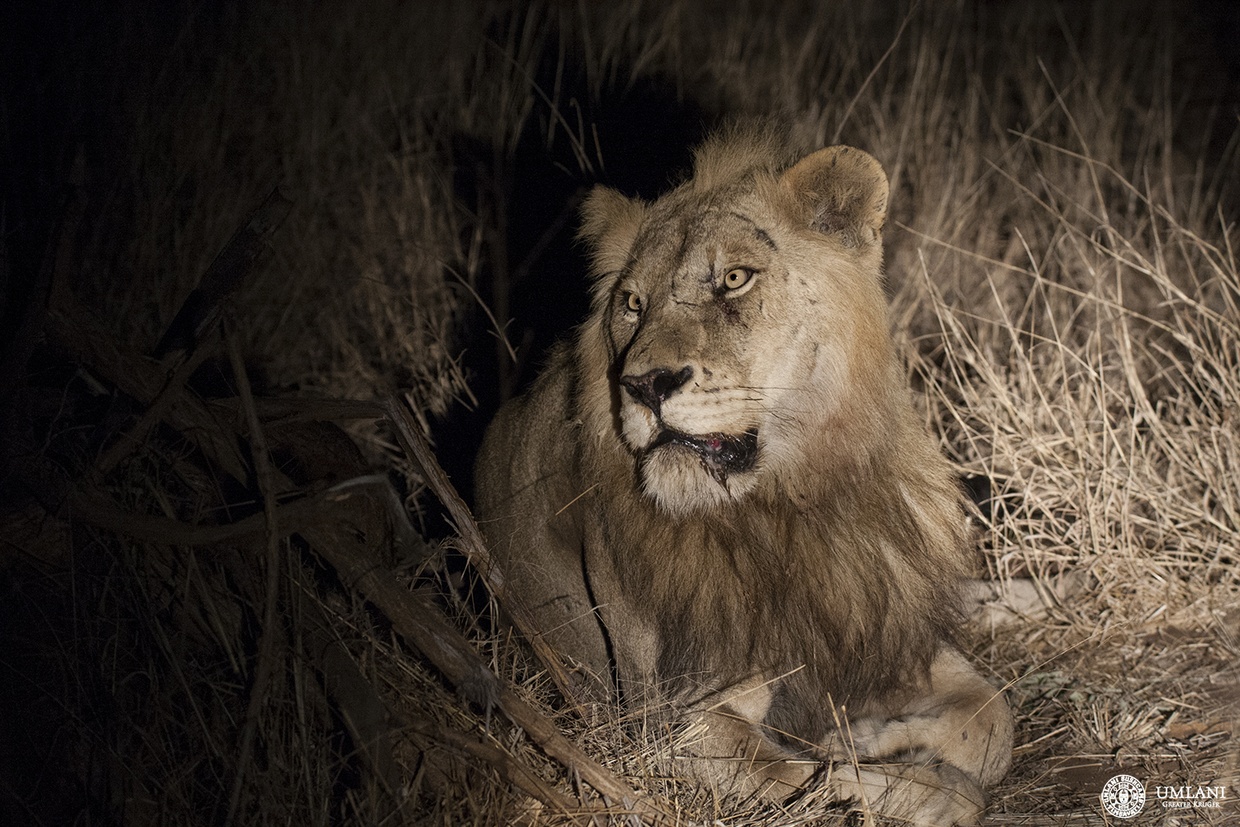 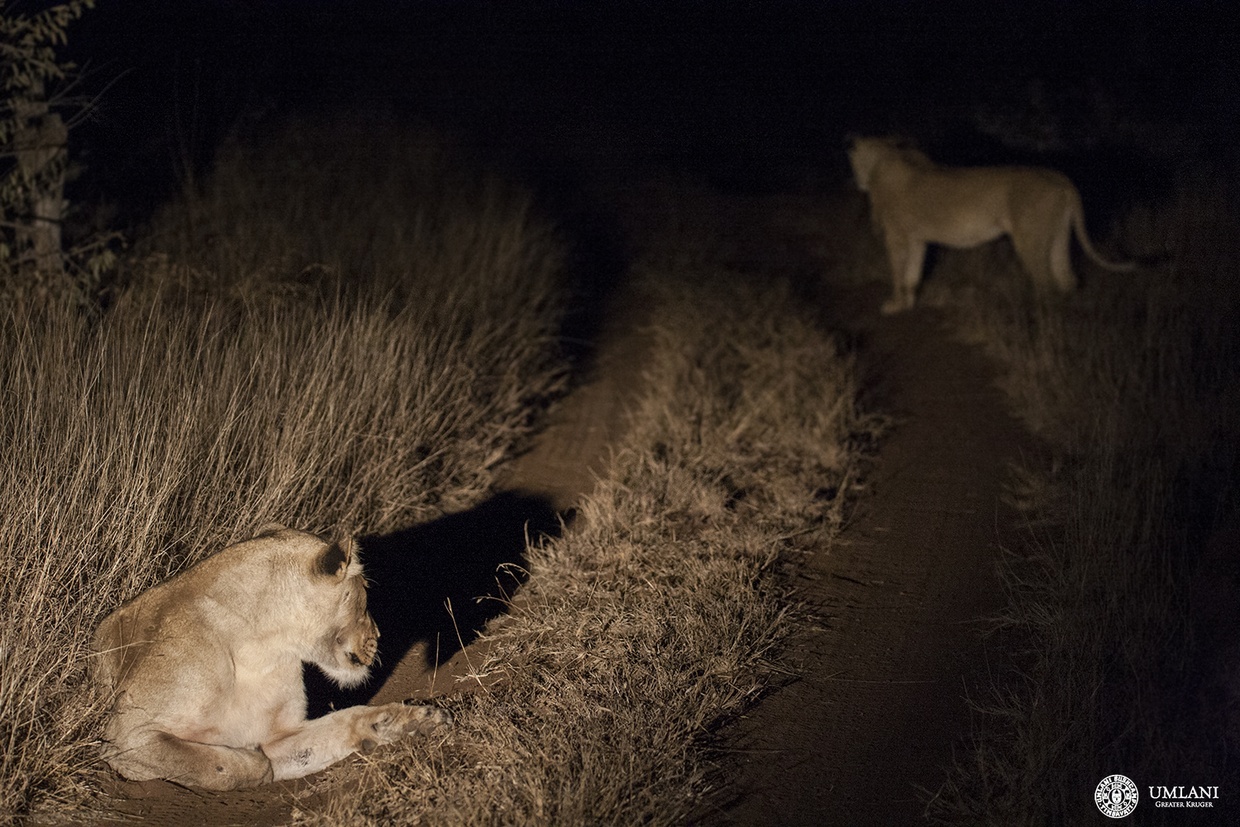 Once things had calmed down a bit, we decided to leave the lions to their somewhat turbulent love lives and head back to camp. Hopefully this is the start of more sightings of this pride as the Mbiris continue to bring some sort of stability to the area, something that has been lacking for some time now.