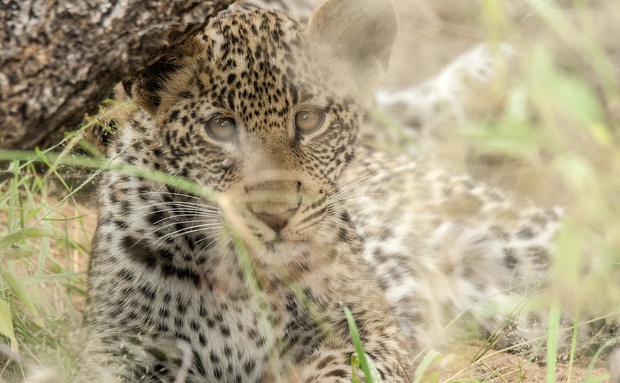 Roughly nine months ago, I was sitting outside on the patio of my house listening to the sounds of the bush while enjoying a cup of hot coffee when I heard the unmistakable sounds of leopards mating very close to camp. This is an extremely rare act to witness out in the wild so without hesitation I decided to head out and see if I could find the two elusive big cats. I decided to park the vehicle in the dark and wait for them to mate again so that I could pinpoint their location, after a 1 hour wait, the leopards finally mated again and only about 50m from where I was parked, I started the car and drove in the direction the sounds had come from and found Marula female and Rothsay male lying side by side. I stayed with the leopards for a good few hours before leaving them to carry on with their business of increasing the Timbavati leopard population. With that being said I had the hope that in 3 months she would have her new litter of cubs and that this time around after three previously failed attempts at raising cubs Marula would hopefully be successful and I would be able to follow these cubs literally from the day they were conceived.

Fast forward through Marula's gestation period and one of the guides from a neighboring lodge whilst following Marula one morning was unknowingly led to her den site and got the first glimpse of her 10 day old cubs. After hearing this news I felt compelled to see the cubs as I already felt so invested in them. However days turned into weeks and weeks turned into months and I did not get to see the cubs, other guides would get the occasional glimpse of them which would confirm that the cubs were alive and well, be it a little bit shy of the vehicles due to Marula keeping them in well hidden den sites that were inaccessible to our vehicles, and when the cubs were out and about or on the move I was not able to get out to see them. 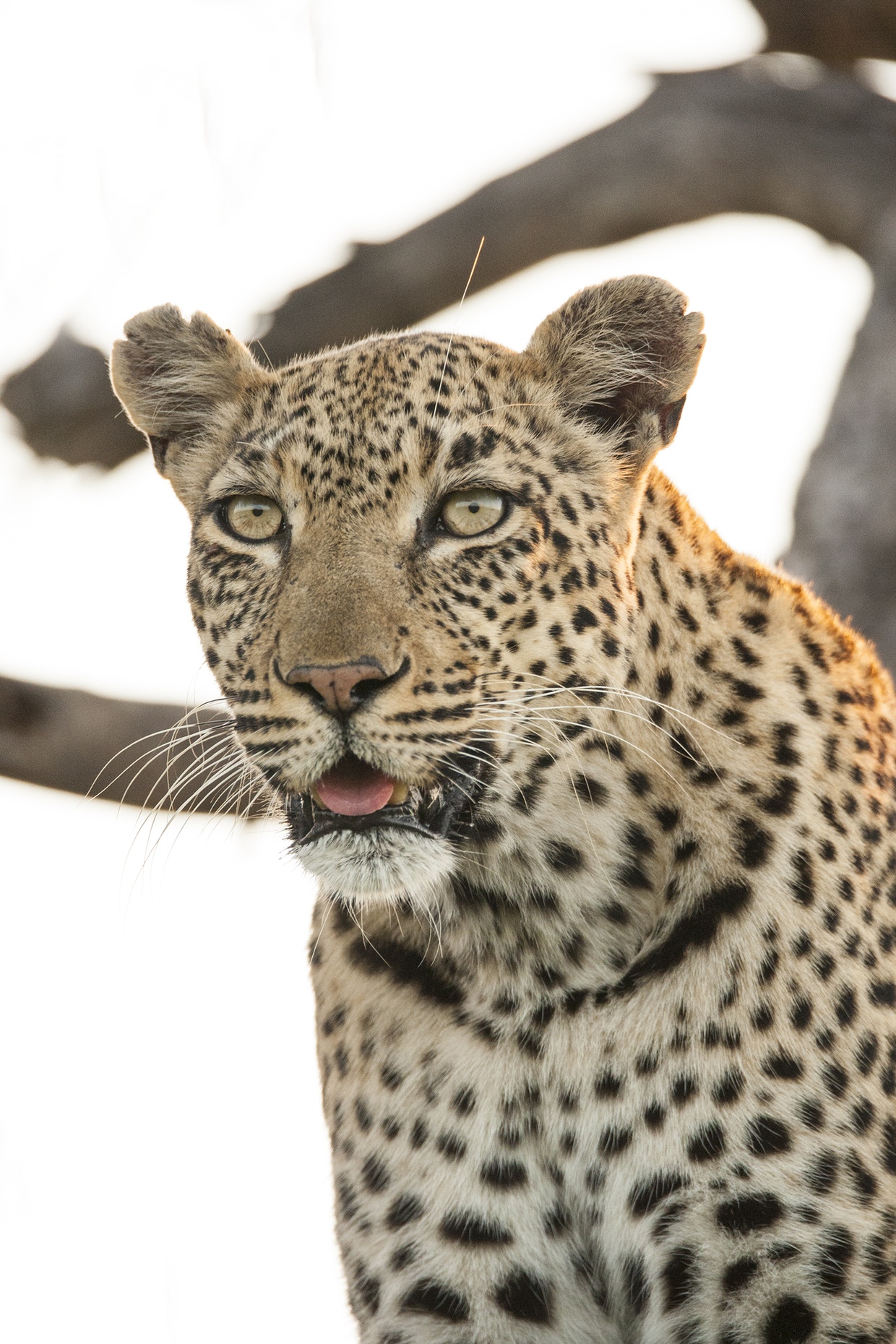 So when I put myself out on drive I set out each day with the hope that I would get to see the now growing cubs, I knew exactly where Marula was keeping the cubs and every safari I would head to the area hoping they would be out and about. But it was not to be. Then one my birthday of all days, when checking the den site I found the tracks for Marula and the cubs leaving the area so my tracker and I set off to see if we could find the new hiding spot. 2 playful cubs make for difficult tracking as they run around chasing each other in every direction filling the roads and sandy riverbeds with their little tracks, we were eventually able to find the general area where Marula left the cubs and headed off to go hunting again, now was the mission of trying to find cubs who are so well hidden that for all intensive purposes shouldn't be found. But fortune smiled on us that day and a rustle in the long grass caught our attention about 30m from us, followed by 2 fluffy leopard cub faces peering through a thicket at us, then as quickly as they were there the cubs disappeared into the mass of undergrowth. It was brief... maybe 5 seconds but it was incredible and my first view of the cubs. But one thing was missing, I was not able to get any photos of the cubs as I did not have my camera at hand and due to Marula not being present we could not bring the vehicle into the area to view the cubs. 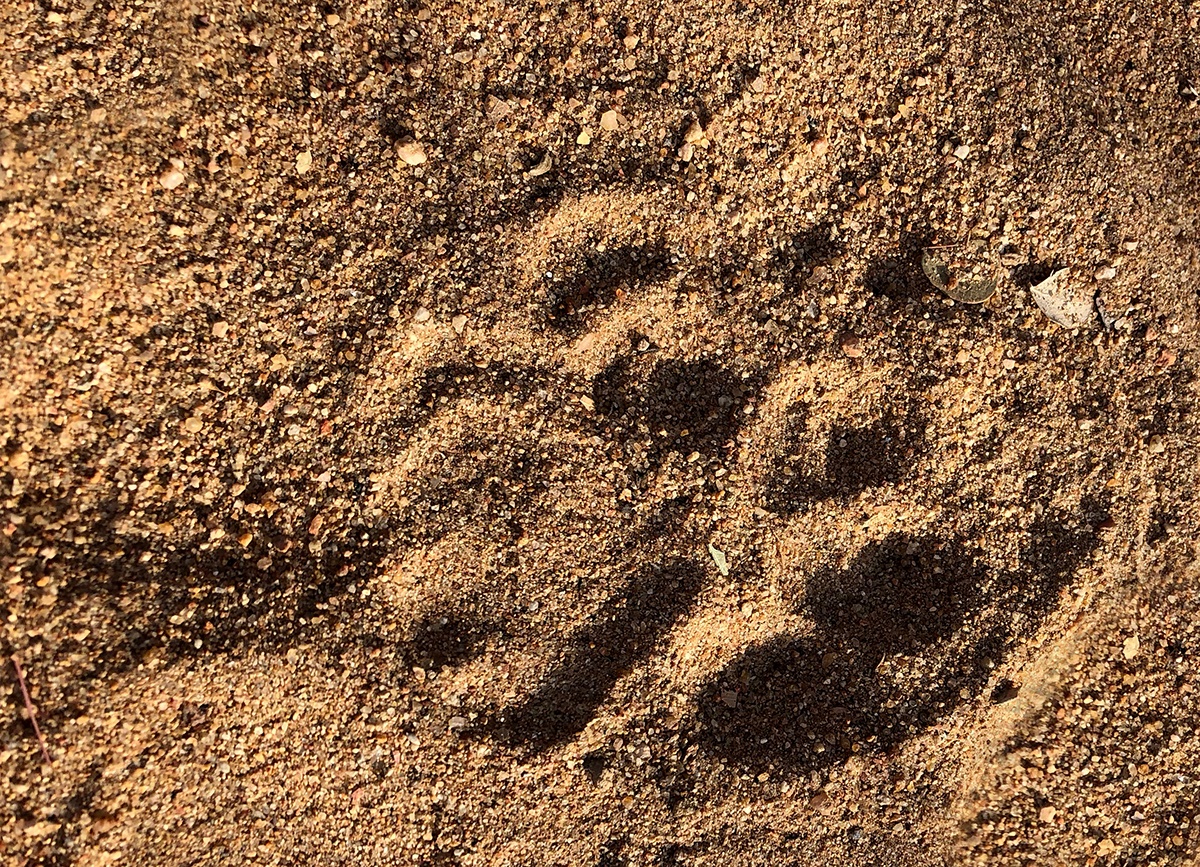 Last week though that all changed when Marula had killed an impala and she had brought the cubs to the kill to feed. From what I had heard the kill was basically finished but I knew they 3 cats would more than likely still be in the area sleeping off their big meal so I headed out in the afternoon with the sole purpose of finding the cubs and getting some photographs of them. By the time I got close to the area Marula had been found but was lying in some dense vegetation and there was no visual of the cubs, with time on my side I decided to go and sit in the sighting and wait for the cubs to show themselves.

Where Marula was lying was a fallen Knobthorn tree and images of the cubs playing on this felled tree filled my mind. I had been sitting with Marula for about 10mins when I noticed the long grass on the far side of the fallen tree begin moving and Marula instantly turned her attention to the noise and began to softly contact call. The moment had arrived, camera primed I was ready, but instead of the cubs coming to Marula she got up and passed under the fallen tree and went to the them instead. I drove around to the other side to see if I could get a view of the cubs only to see the mother leopard heading back in the direction she had just come from. But then 2 heads popped up from behind the grass and looked at me. I quickly snapped a couple of pictures before going back to my original stakeout point. Then the glory I had envisioned happened and the one cub jumped up onto the fallen tree offering amazing photo opportunities before jumping down and heading into a thicket close to mom. It was then the turn of the second cub to show herself off and she climbed onto the fallen tree and laid down on the trunk looking curiously at me as I took photos of her. 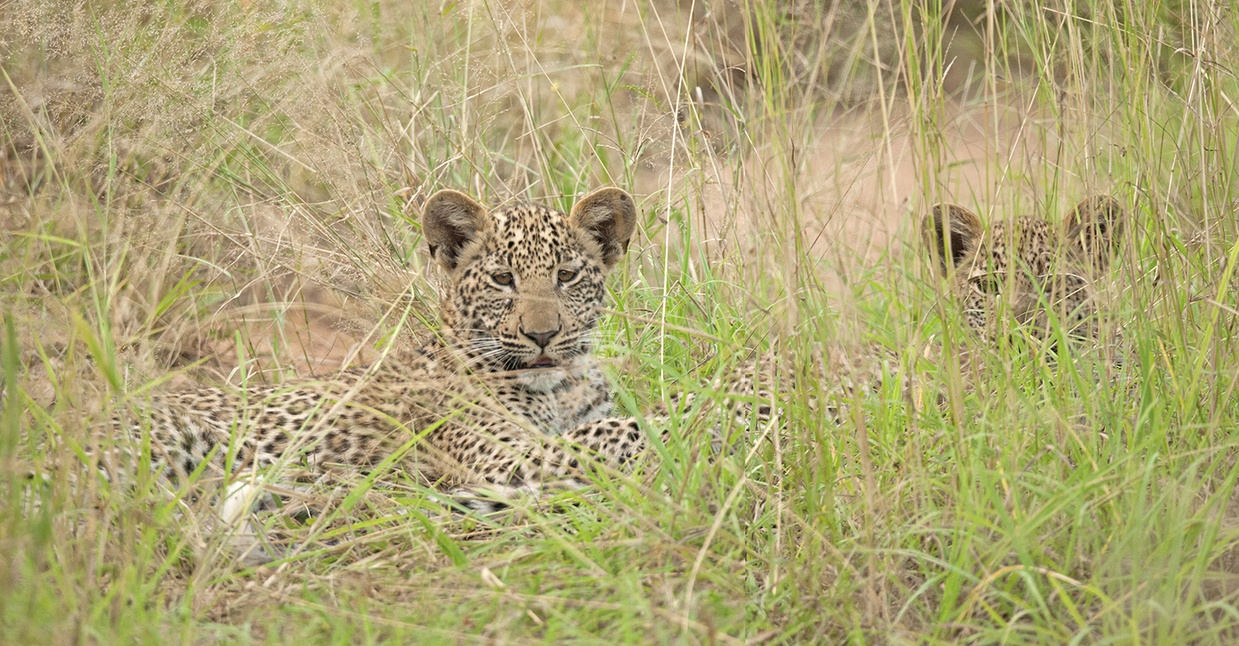 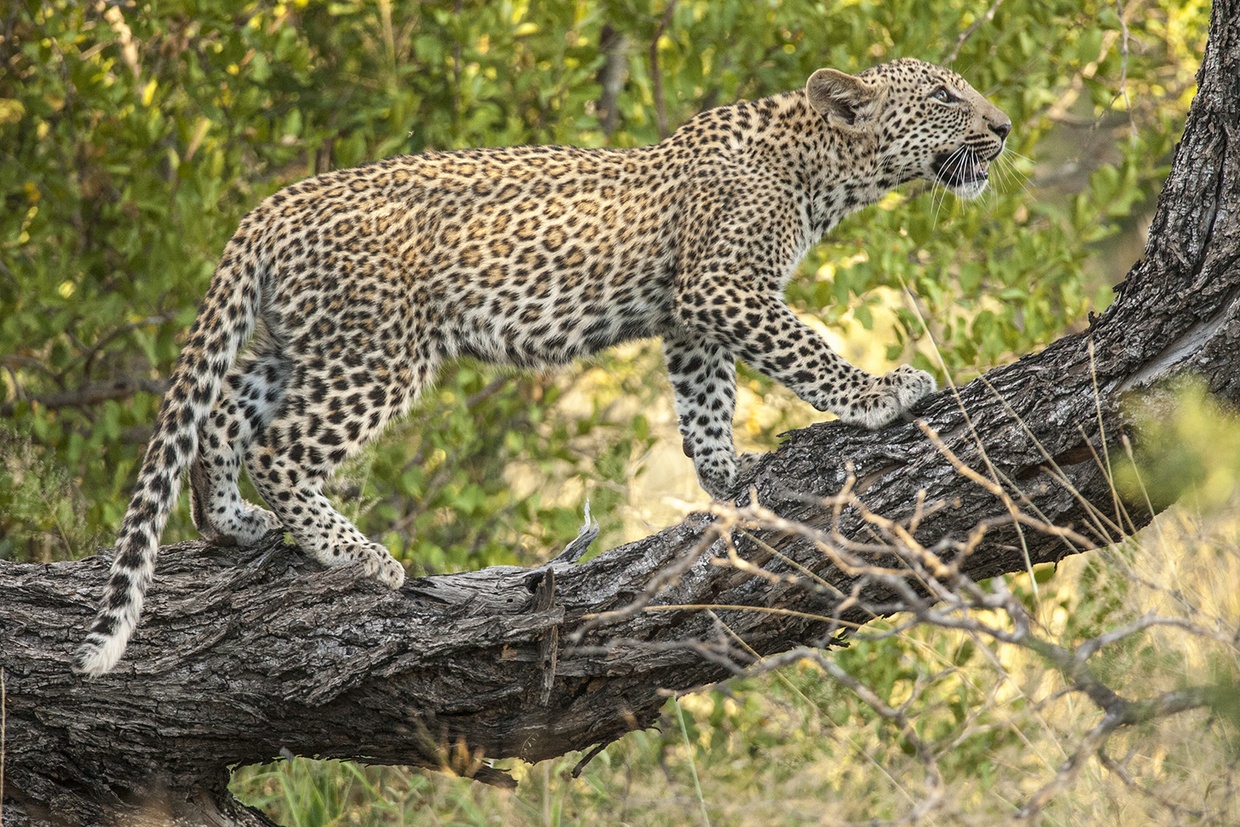 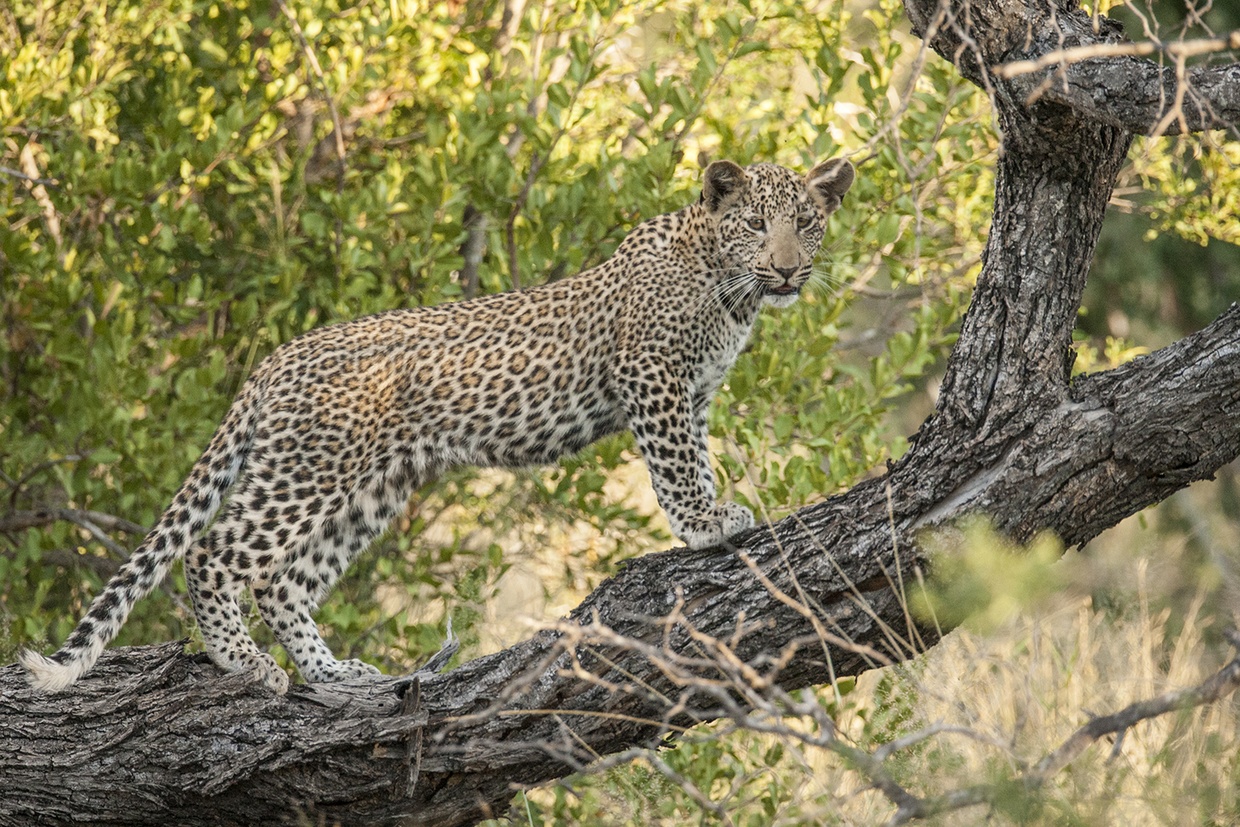 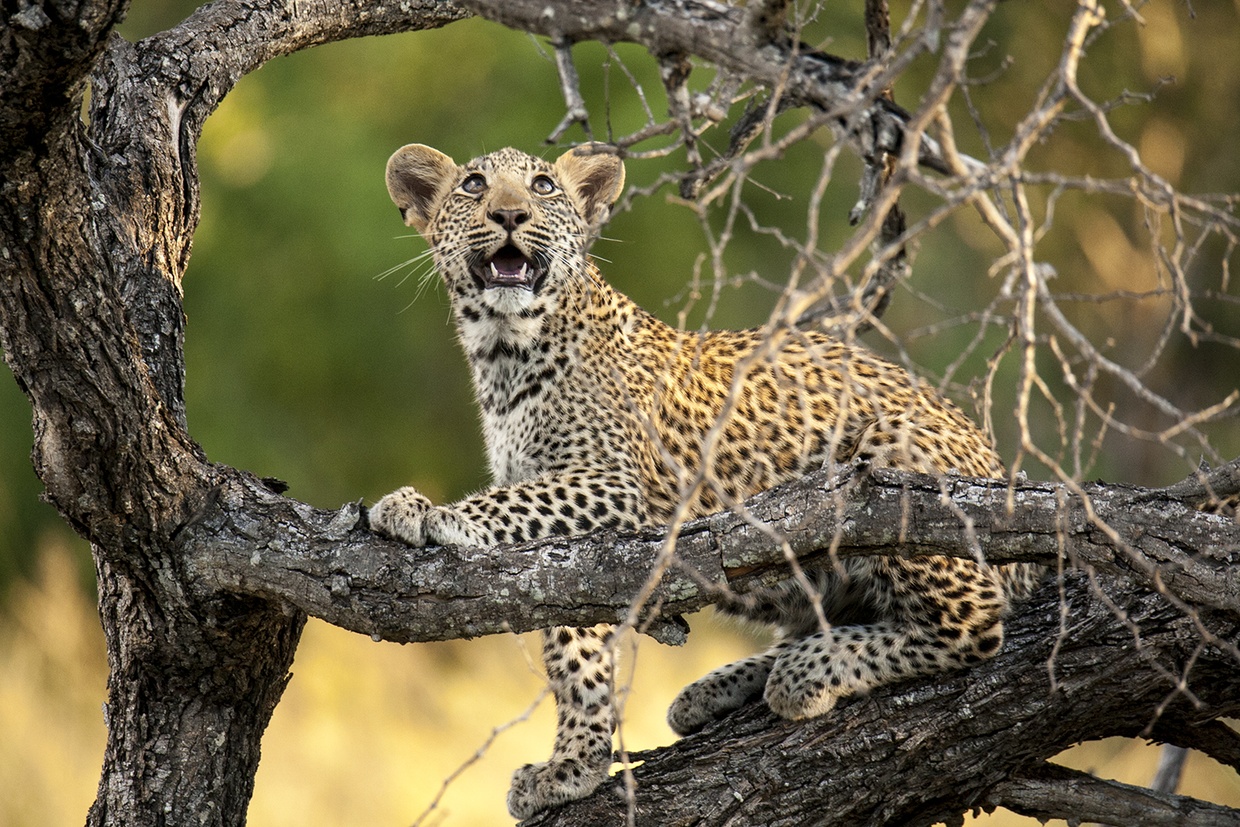 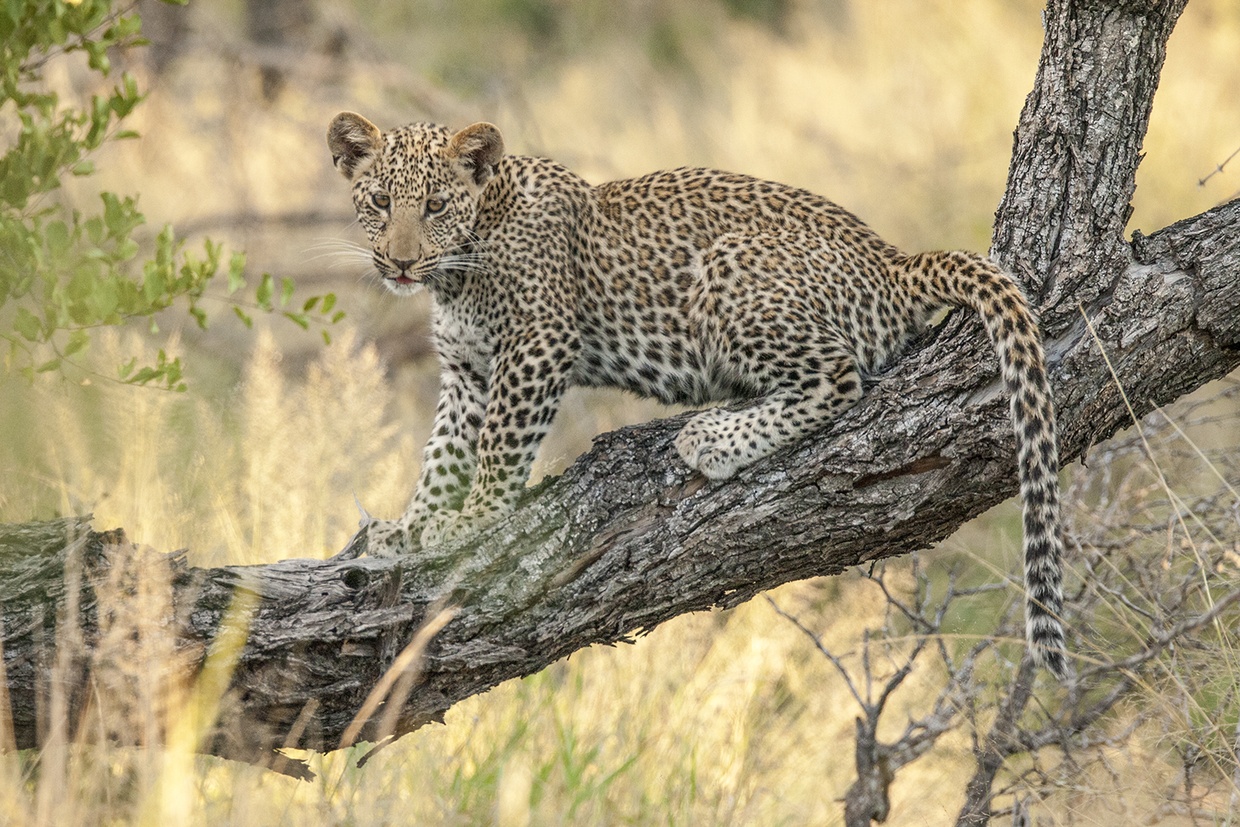 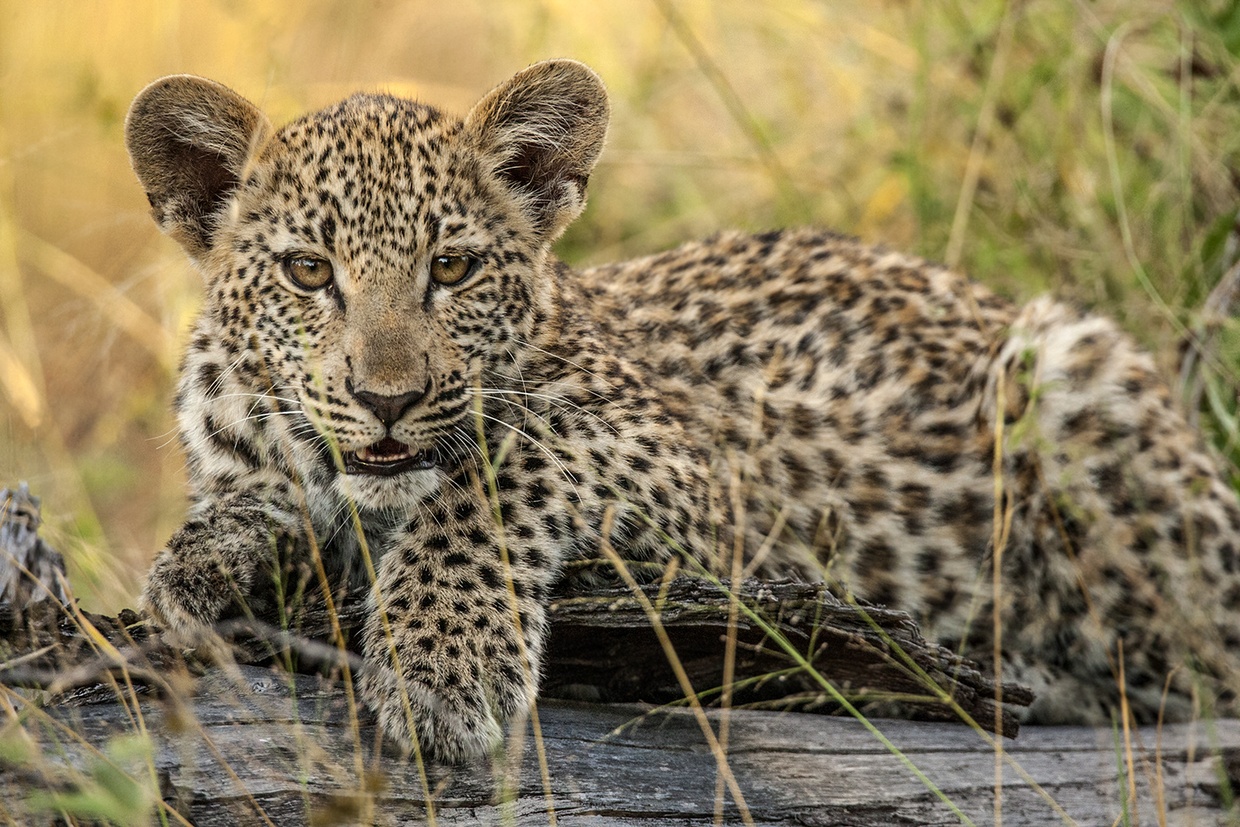 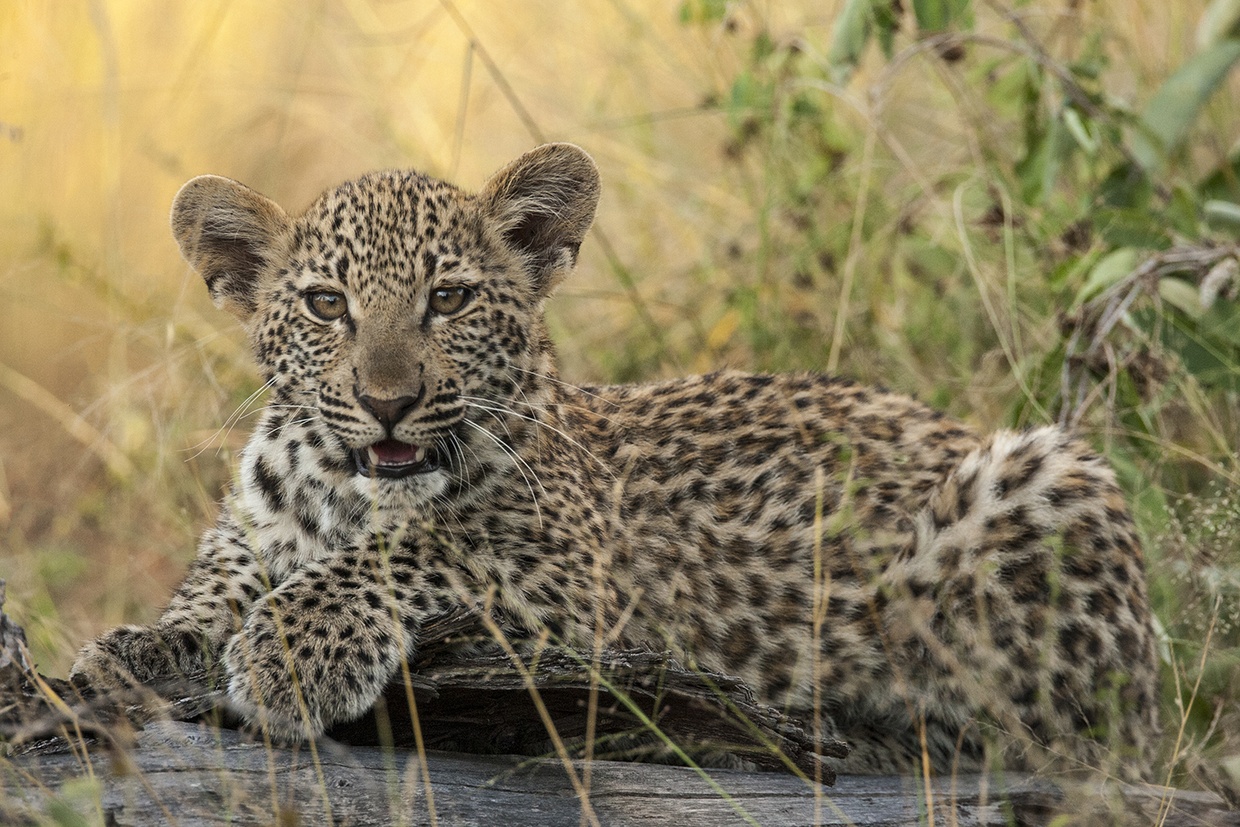 Marula has got two stunning cubs, one male and one female and as they approach the 6 month mark they look set to keep on going from strength to strength and have started to relax a lot more around the vehicles as we see more and more of them and I look forward to being able to witness them as they grow and mature and share their story with our guests that will be privileged to view them in the future.

Written and photographed by:  Greg McCall-Peat