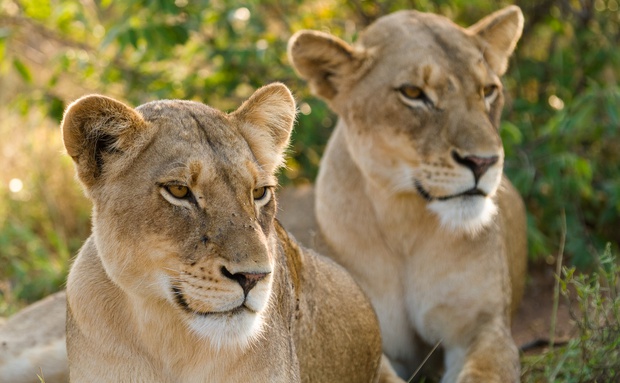 Golden light sweeping across the Timbavati illuminating the formidable presence of a herd of Buffalo. It is quite a spectacle to observe these large bovines as they kick up dust and move as a powerful unit through the bushveld. Being such powerful animals not many predators are capable of easily bringing down one of these enormous beasts, It takes tremendous strength and persistence from the enemy. Hopefully the dry season will bring in large herds of Buffalo and with that the ominous presence of Lions, always trailing, always lurking, always threatening.

And then there’s Marula, the epitome of beauty. We have been lucky enough on game drive to spot her and her one cub walking slowly along one of the well driven game paths. Marula has her work cut out for her as her sole priority will be to successfully raise her cub into independence. Threats lurk around every corner in the form of male leopards, lions and hyenas who will not hesitate to strike should they sniff out the scent of the new born. She hasn’t as of yet been able to establish a secure den site for the cub because of the reasons above making it extremely difficult for us as guides to predict when next we’ll have the privilege to see the two of them together again. Fingers crossed it won’t be too long until the next special sighting.

This image comes after an incredible sighting we were lucky enough to witness. The morning was set to find lions as we had heard them roaring all night and the signs of fresh tracks in the morning lead us to believe we were on the money. I called into Shadrack (our other extremely gifted guide) to come and help in the pursuit to find the lions. Not long after we met up for our search we bumped two young male lions mobile in the riverbed. As we rounded the bend we could not believe our eyes as the two male lions were quickly approaching two male leopards one of which was feeding fresh off of a grey duiker kill stashed high up in a Leadwood tree while the younger of the two was scavenging for scraps below. Needless to say it sent the one male leopard bolting in one direction not be seen again while the other tried to make a break for it down the Leadwood but realized he was too late as the one lion was at the bottom of the tree before he was. The leopard had been tree’d by the lions. As guides we knew this was a sensitive sighting so we allowed for all the animals involved to have more than enough space for nature to unfold naturally the way it should be. We watched and waited. Luckily for the Leopard up the Leadwood the lions eventually lost interest and moved back the other side of the riverbed to warm up in the early morning sunlight allowing the Leopard to make his escape unscathed. A remarkable sighting never to be forgotten.

Nthombi One of our relaxed female leopards has been seen less frequent than usual in April. We believe she has been drifting more to the northern part of her territory in the search of a reputable male to mate with. We did see her mating one evening with an incredibly large male in the north-east of our traversing area. With the gestation period of leopards being approximately 3 months exciting times lay ahead as we may be introduced to new life here in the Timbavati. She is a master huntress and raising cubs is what she is particularly good at. Hopefully we’ll be seeing more of her in the months to come.

Wilddogs or Painted Wolves (whichever resonates more) have been showing themselves in all their glory. Such incredible animals to bear witness to. Living in packs led by an alpha male and an alpha female bonded closely by family ties, allegiance, and strategic mastery makes these carnivores the ultimate killing unit with an intended target rarely able to escape this formidable force of nature.

A sighting of the rarer kind materialized one afternoon, triggered by a frenzy of alarm calls from vervet monkey’s by the deck area of the lodge we immediately set out to investigate around the riverbed. In the distance a blurred feline form prowled across the dry Nhlaralumi to the western bank. Perhaps, we thought, it was a leopard so we hastily made way to our trusty game viewing vehicle, got the engine going and set out to find this elusive mammal. As we came around the bend and onto a bolster there it was, in the distance sitting statuesque like in the middle of the road. It was a female cheetah, not a leopard, it seemed luck was on our side as this incredible specimen is hardly ever seen (almost as rare as seeing a pangolin) here in the Timbavati due to other predator densities and of course the vegetation type. She was relaxed and allowed us to spend amazing quality time with her as she casually strolled on by. Another magical moment in the Timbavati.

April was jam-packed with incredible sightings. We now sit patiently waiting to see how the landscape transforms as the dry winter starts to roll in. We will wonder if the big herds of Buffalo will start to filter in looking for much needed water. Elephants may start to travel long distances in search of substantial food resources while impala’s will still remain close to permanent water feeding off scraps of the remaining grasses and the leaves fallen from deciduous trees. We can’t wait to see what happens this coming month.

Written and photographed by: Sean Cawood