Umlani Captured in Photos- May 2018 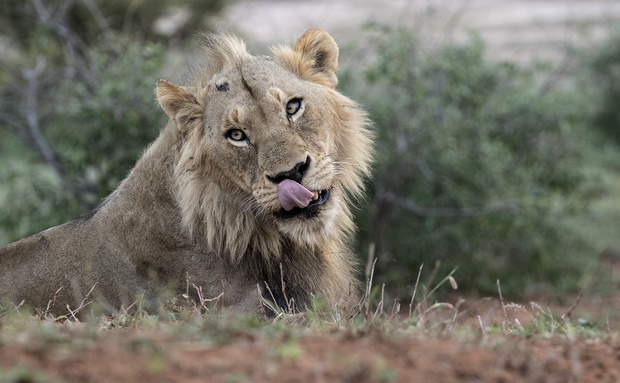 “When you have acquired a taste for the dust, and the scent of our first rain, you’re hooked for life on Africa, and you will not be right again. Until you can watch the setting moon and hear the jackals bark, and know they are around you waiting in the dark. When you long to see the elephants or hear the coucal’s song, when the moonrise sets your blood on fire, then you have been away too long. It is time to cut the traces loose, and let your go free, beyond that far horizon where your spirit yearns to be.
Africa is waiting…come! Since you have touched the open sky and learned to love the rustling grass and the wild fish eagles cry. You’ll always hunger for the bush; for the lions rasping roar, to camp at last beneath the stars and to be at peace once more” - Unknown

FIRST AN FOREMOST AN APOLOGY FOR THE LACK OF BLOG POSTS OVER THE LAST FEW MONTHS, IT IS HARD TO BELIEVE BUT EVEN THE BUSH CAN BE A BUSY PLACE, BUT REST ASSURED THE BLOGS WILL BE BACK TO THEIR MONTHLY SELVES ONCE AGAIN.

MAY HAS BEEN AN ABSOLUTELY AMAZING GAME VIEWING MONTH, WITH THE CATS TAKING CENTRE STAGE, NEWS OF NYELETI LEOPARDESS HAVING A CUB, THE MBIRI MALE LIONS CONTINUING TO STAMP THEIR AUTHORITY ON THE CENTRAL AND SOUTHERN TIMBAVATI AND EVEN BECOMING FATHERS SOLIDIFYING THEM AS THE DOMINANT MALES, MARULA ALSO MADE A FEW APPEARANCES AND ORIGINALLY SHOWED SIGNS THAT SHE WAS NURSING CUBS HOWEVER, ONCE AGAIN IT SEEMS THAT SHE LOST THE CUBS AND WAS SEEN MATING WITH THE ROTHSAY MALE VERY CLOSE TO UMLANI CAMP. ELEPHANTS HAVE REMAINED A CONSTANT SIGHT OUT ON SAFARI AND MANY HEARD HAVE BEEN MAKING THEIR WAY THROUGH THE TRAVERSING AREA, IN TOW THE BIG BULLS WHO ALL SEEM TO BE IN MUSTH AT THE MOMENT LOOKING TO BREED WITH THE FEMALES.

But for now that is enough talking/reading, enjoy the feast of photo highlights from last months safaris here at Umlani bushcamp. 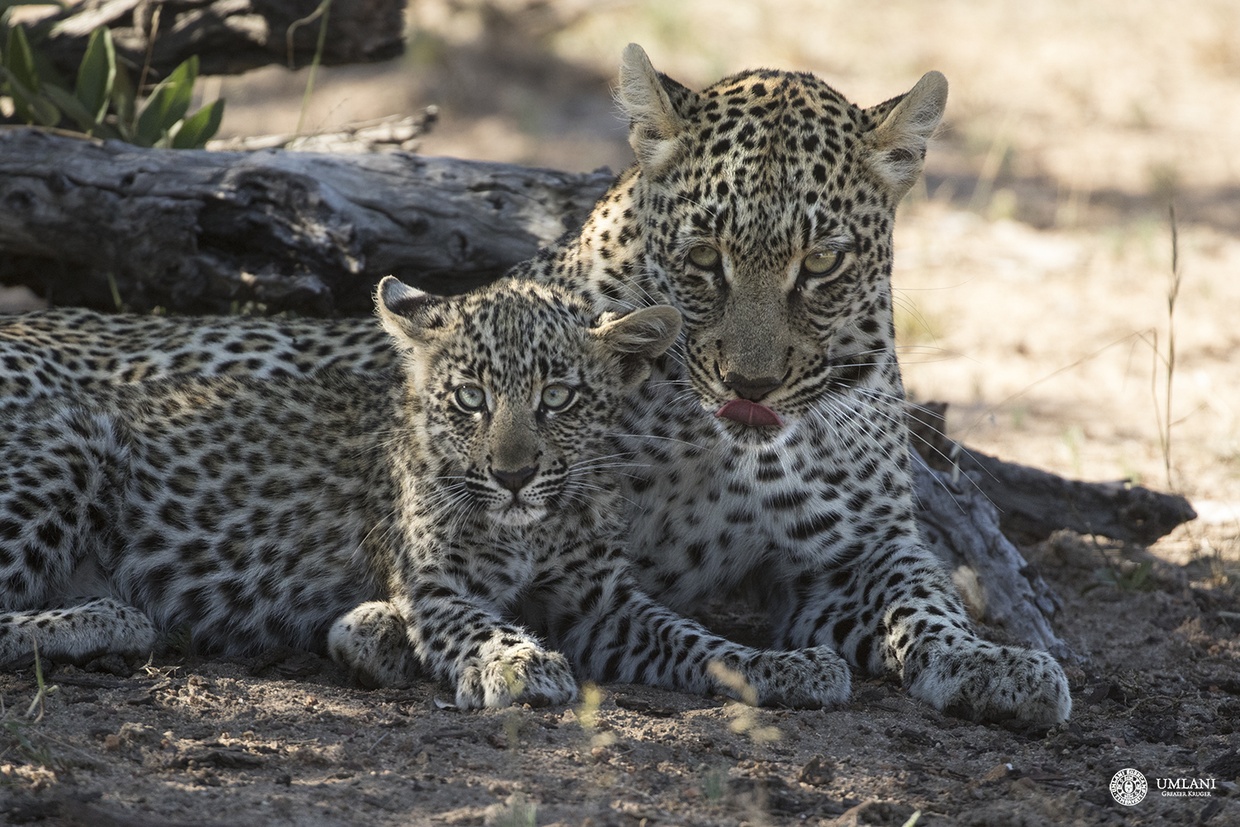 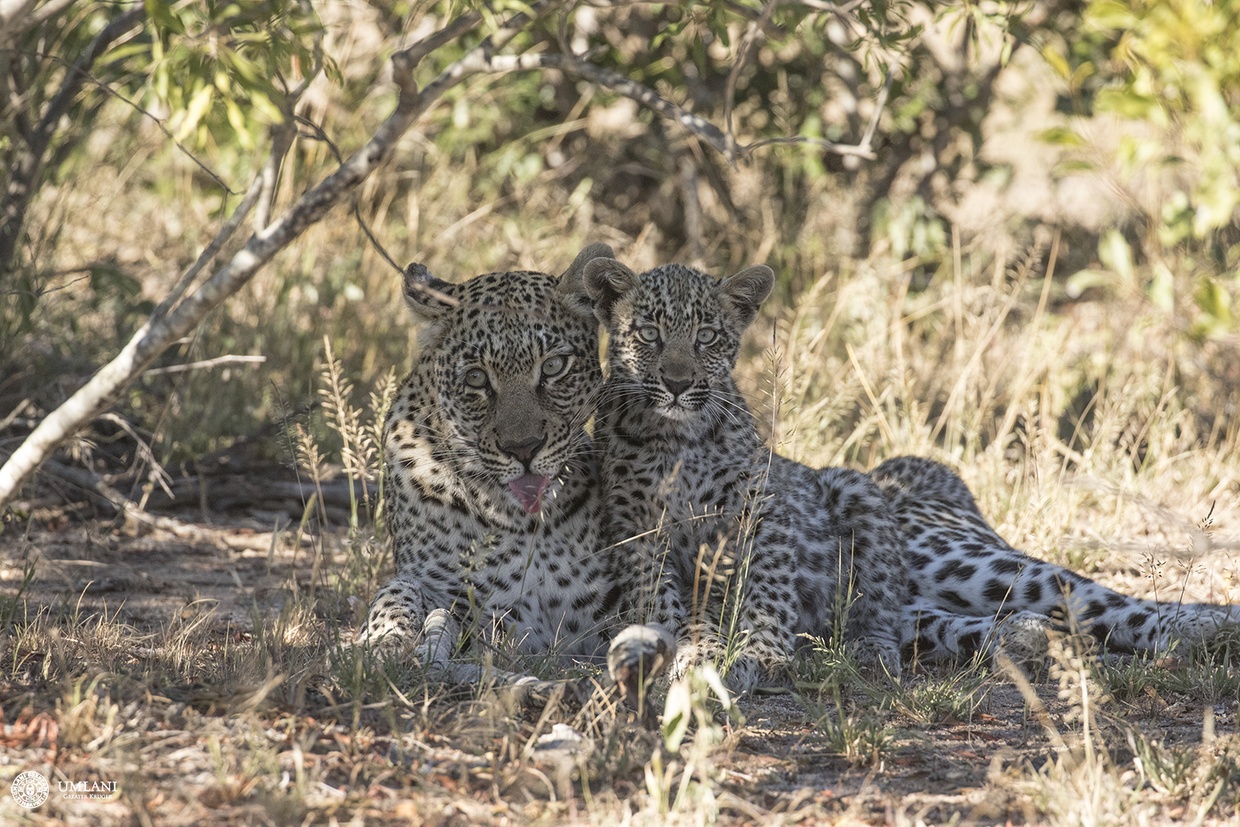 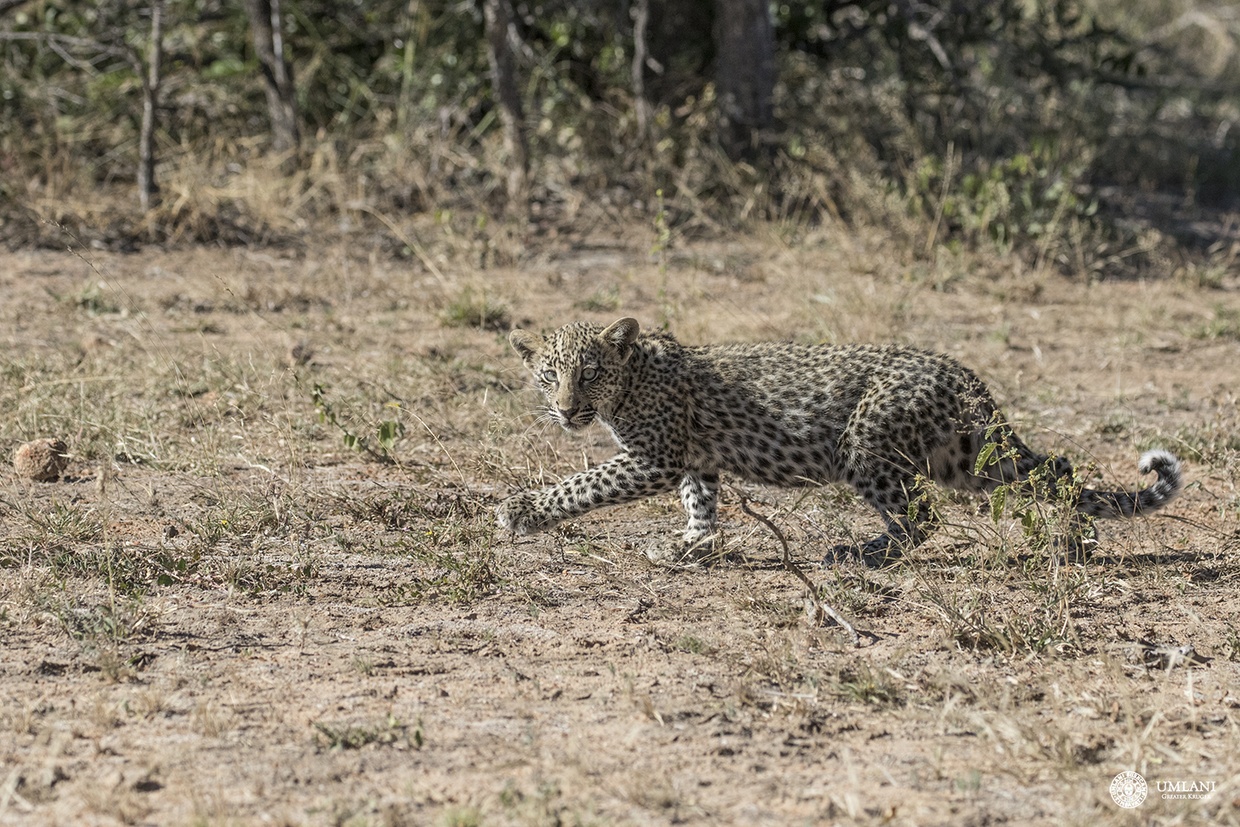 Introducing Nyeleti's 6 month old cub, the little one is already extremely relaxed with vehicles given its young age and will hopefully be a future start of the Timbavati, leopard cubs face a lot of challenges around this age so the odd are stacked up against this cub, but it has survived the toughest part of its life as a helpless new born so fingers are crossed that it makes it. 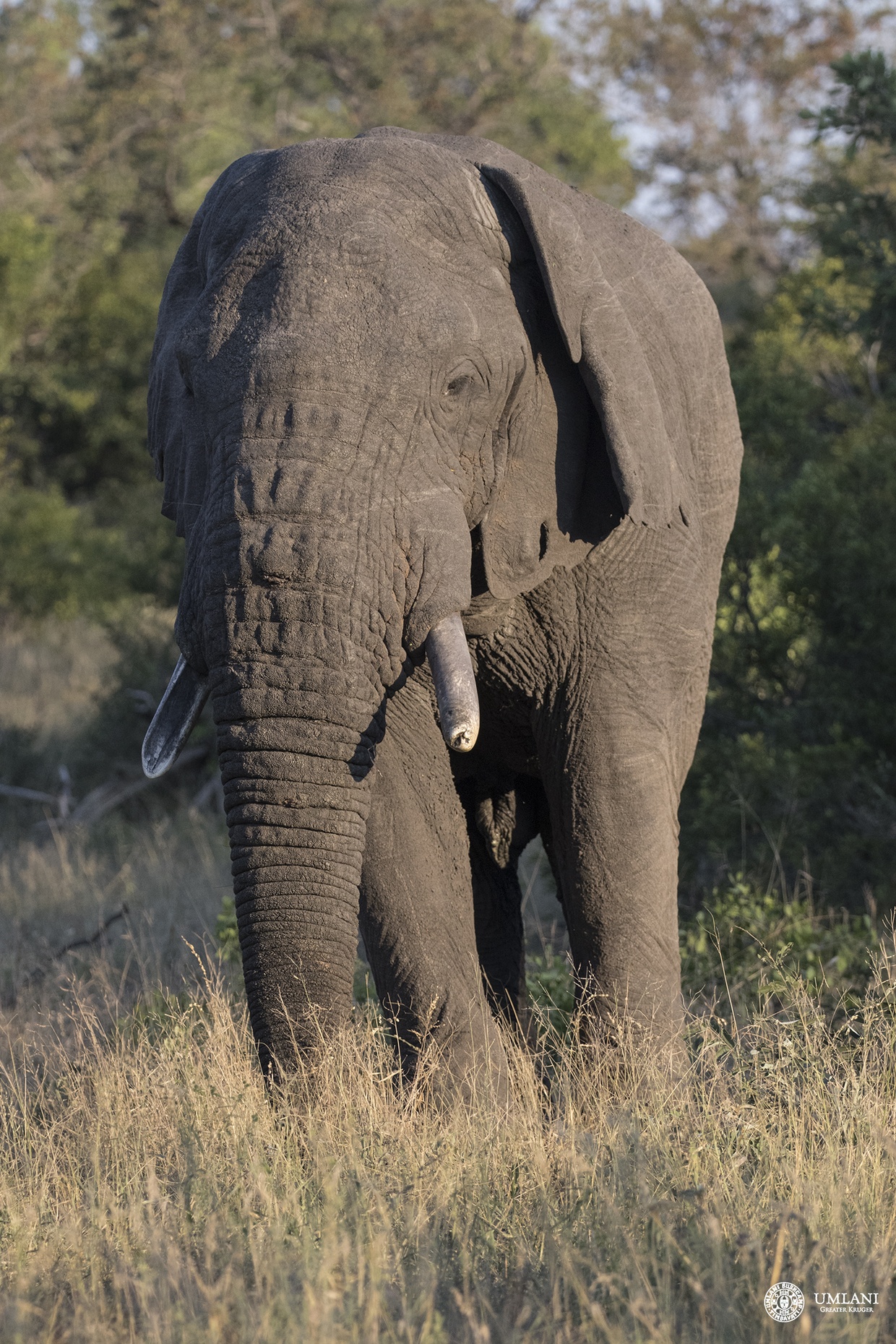 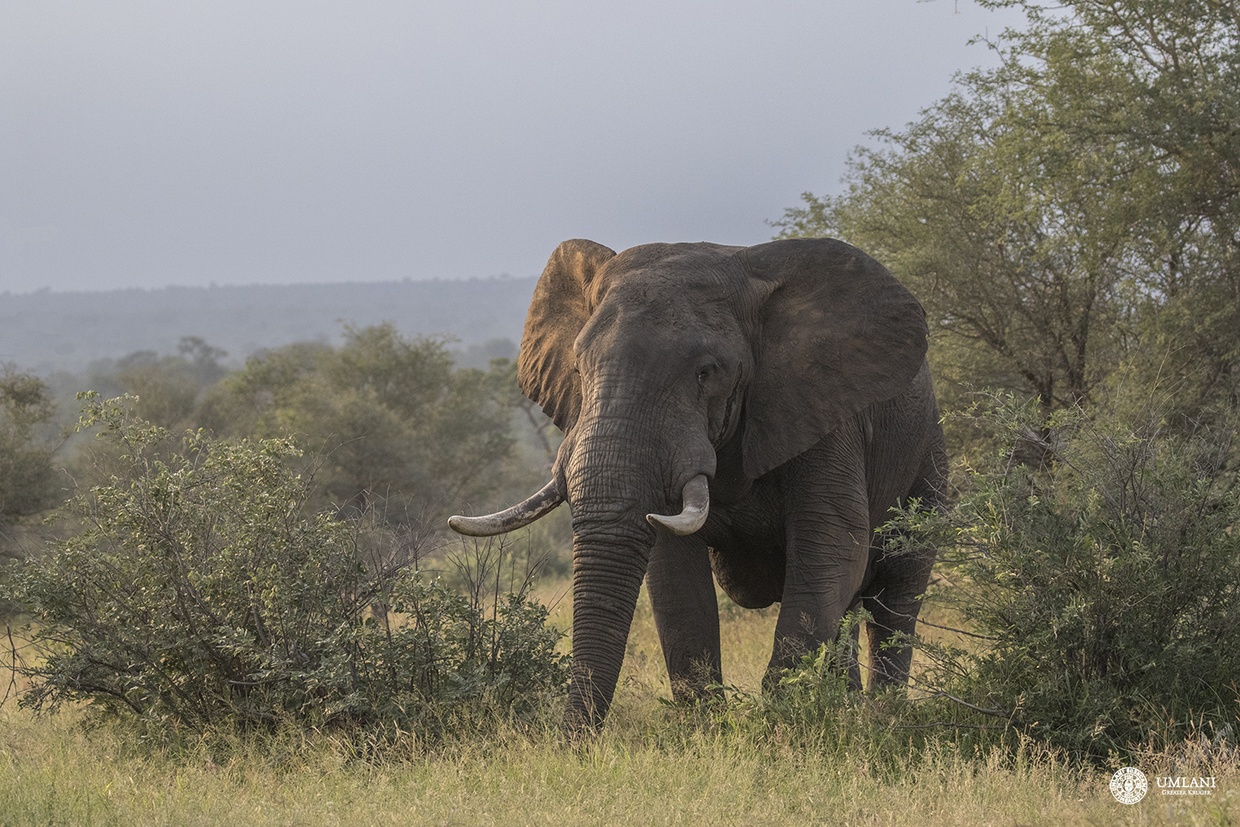 Two of the magnificent elephant bulls that we have seen out on game drives, being in their presence commands respect and is certainly a humble experience. 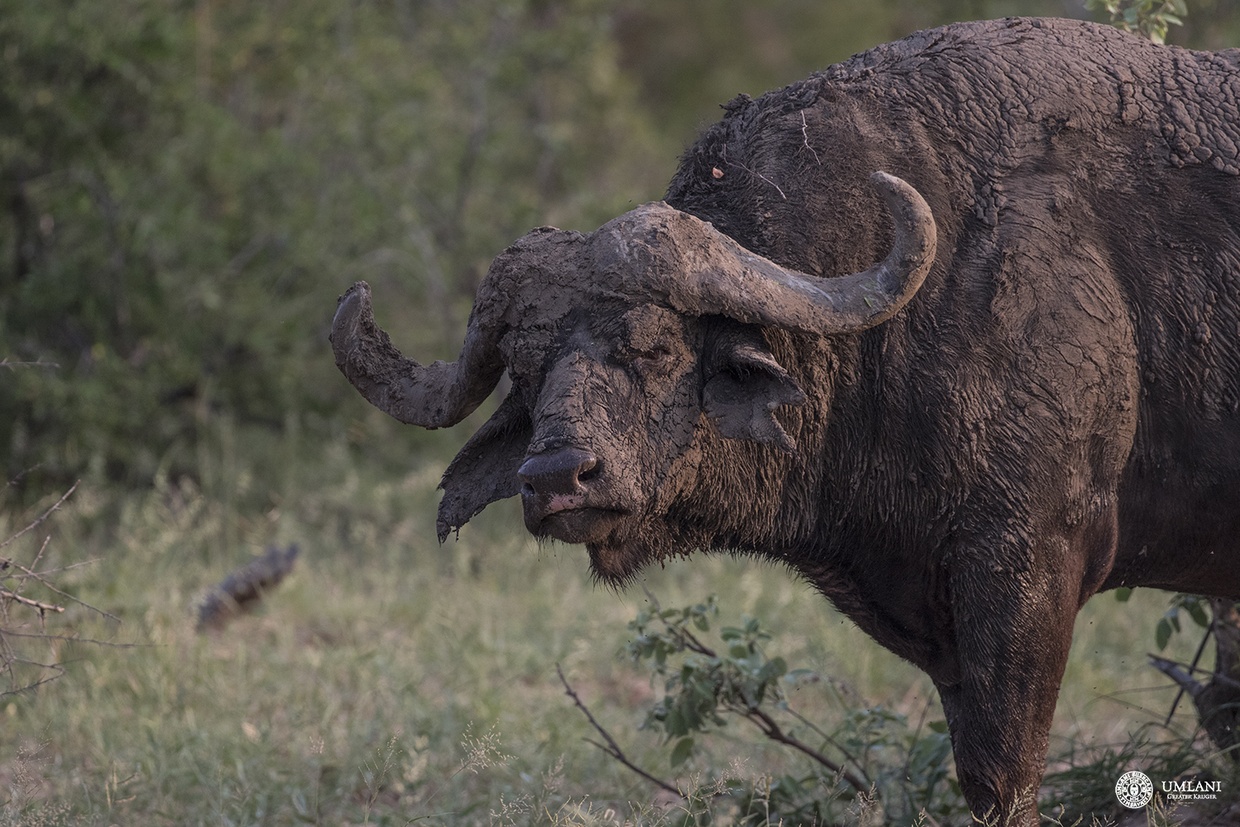 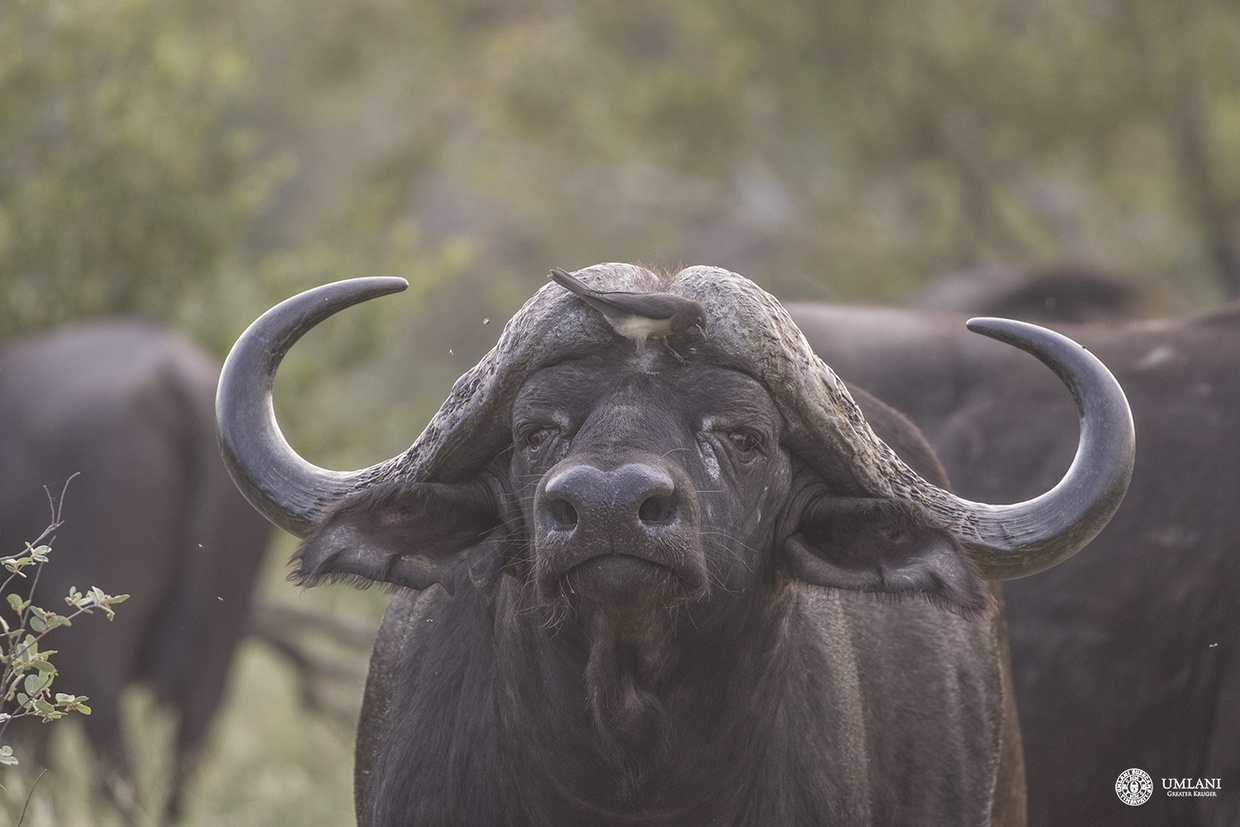 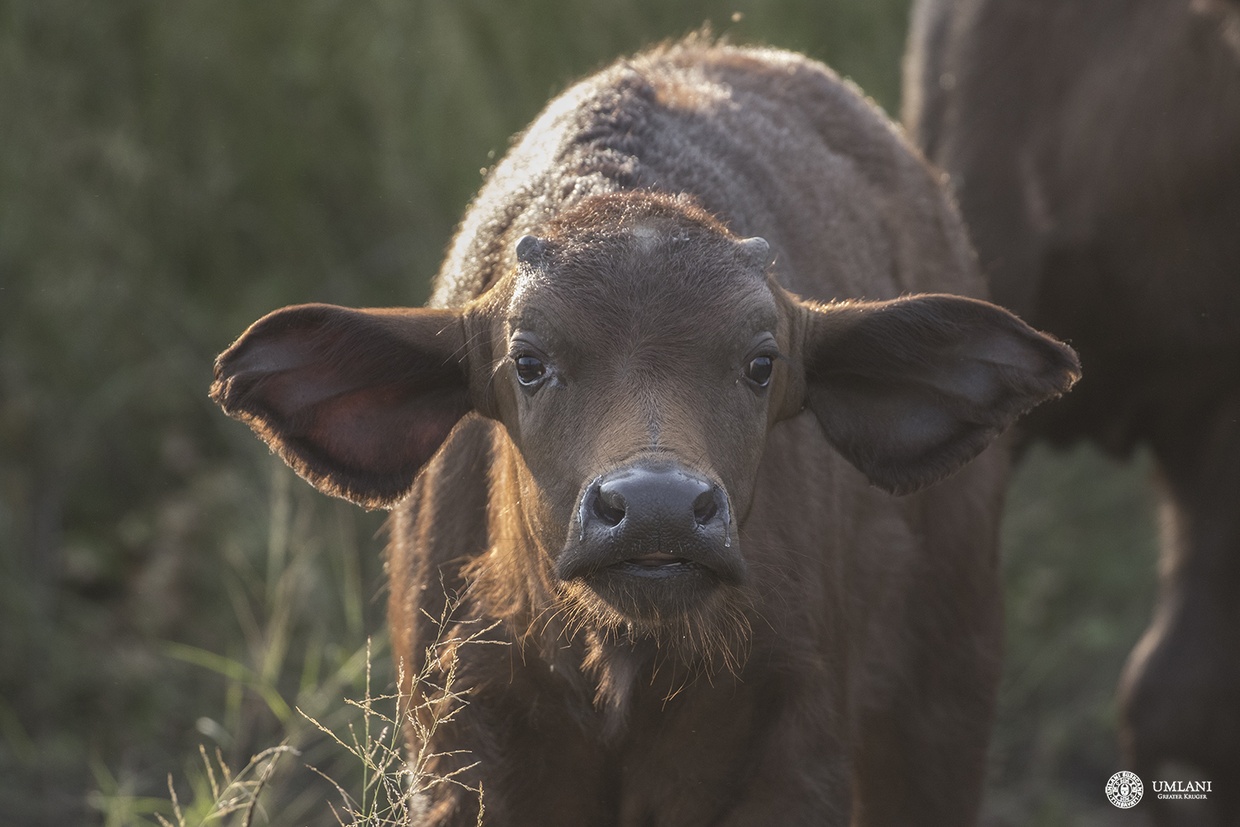 The buffalo have been present but not as common as they have been in the past, we have had to work a little harder at finding them than we have had to in the past. When the area experienced the drought at the beginning of last year the greater Kruger Park lost roughly 20 000 buffalo, and for that reason the buffalo who used to be a more common sight have become a bit harder to find, they will bounce back though as nature will always find a way to balance out. 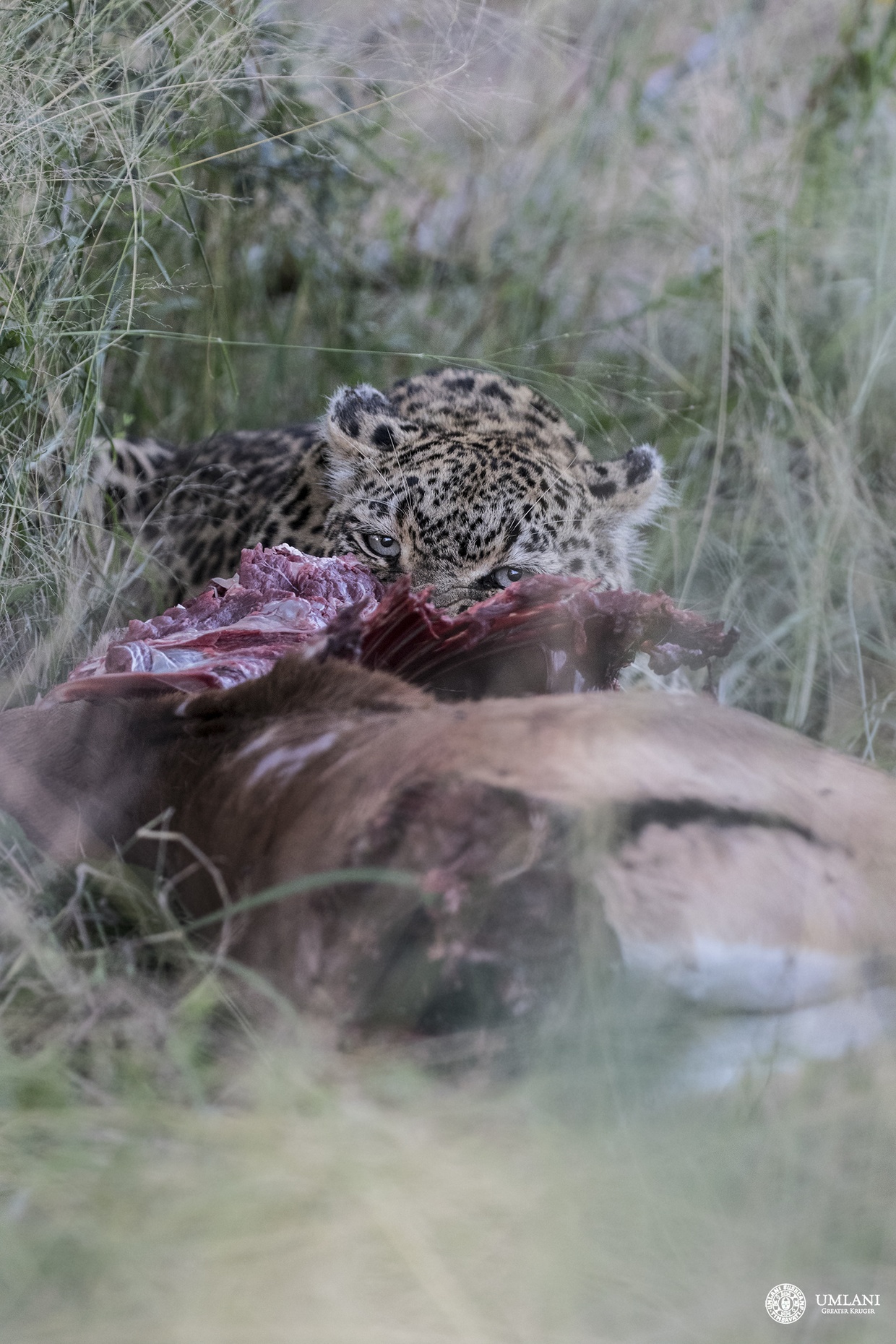 Nthombi was seen a handful of times last month, here she feeds on one of two kills that she had...at the same time. Leopards are opportunistic and won't pass up a chance to make a kill even if they already have one. 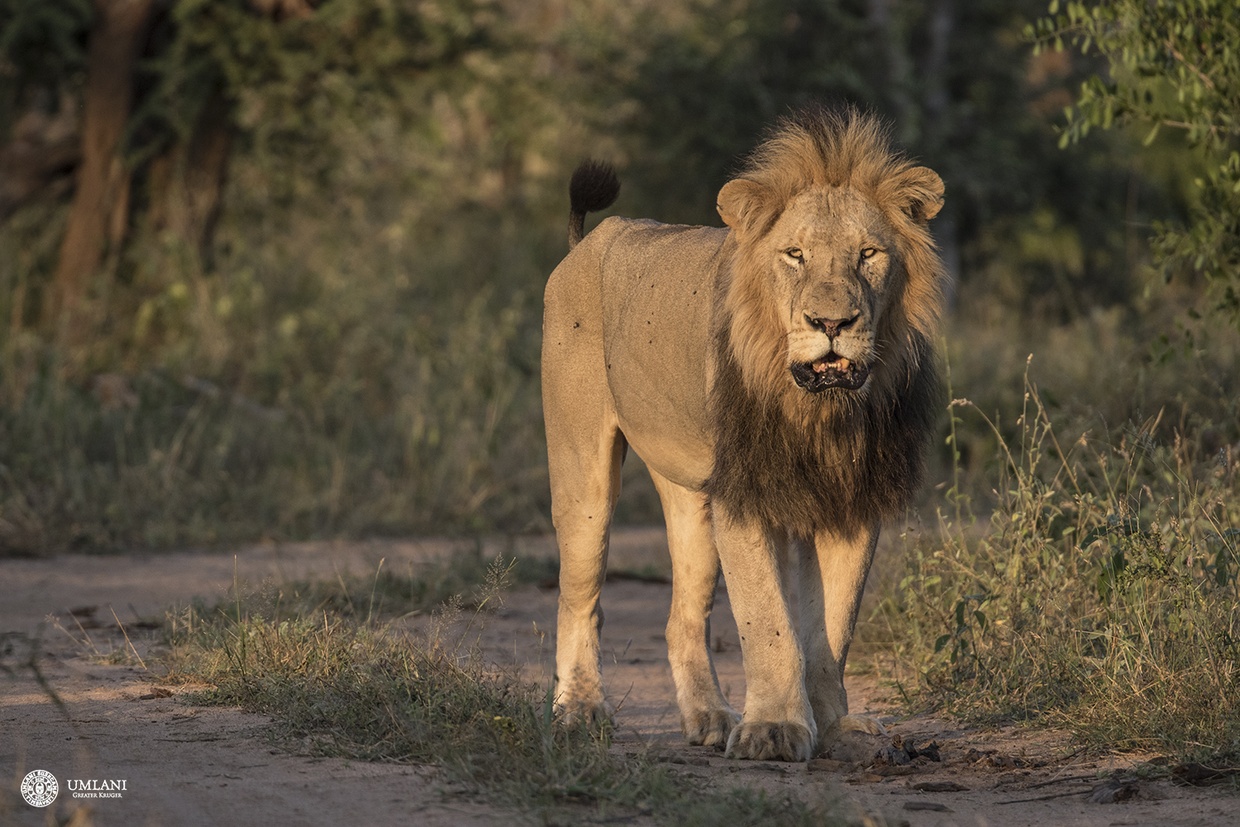 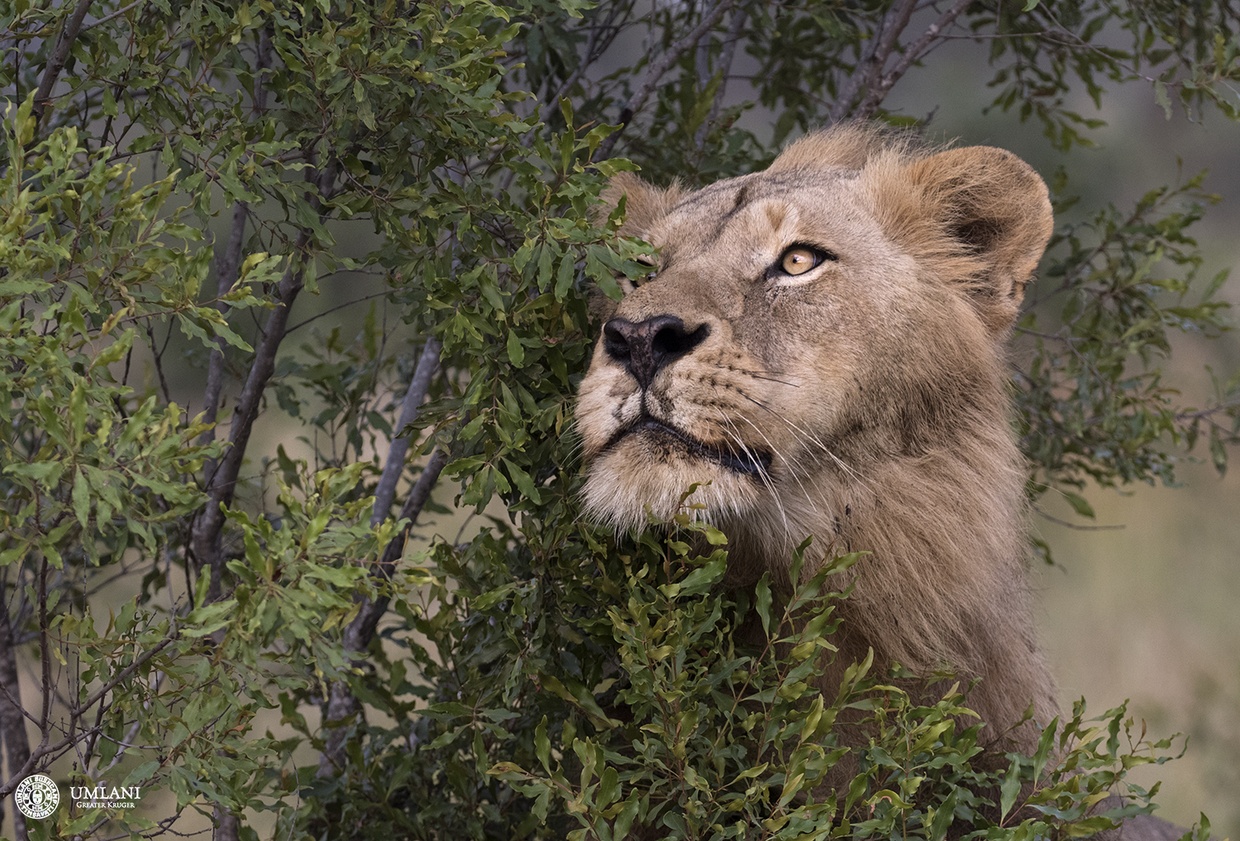 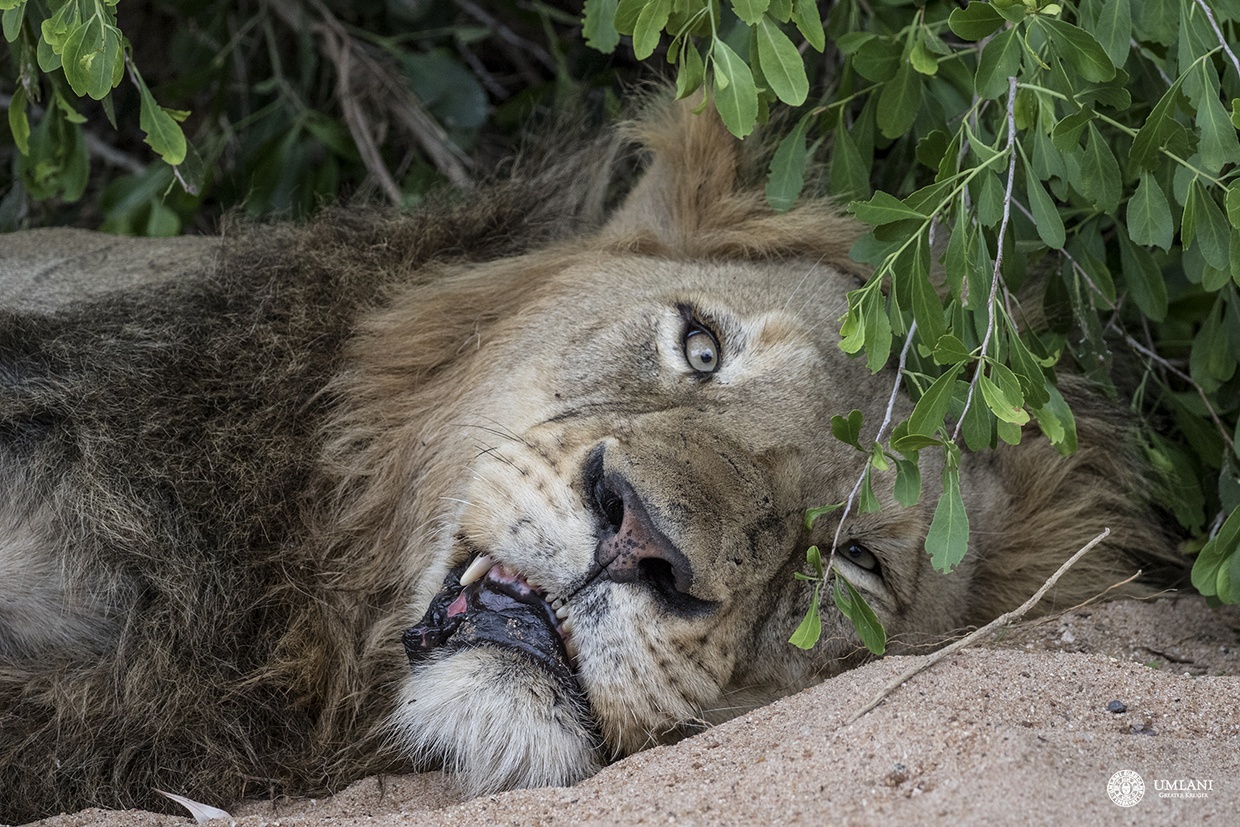 The Mbiri males are here to stay, they have been mating with the last two Ross lionesses and have now become fathers to cubs from the two young lionesses that came in from the north west, so is this the beginning of a new pride in our area? Time will tell and exciting times lie ahead for our lion viewing here at Umlani. 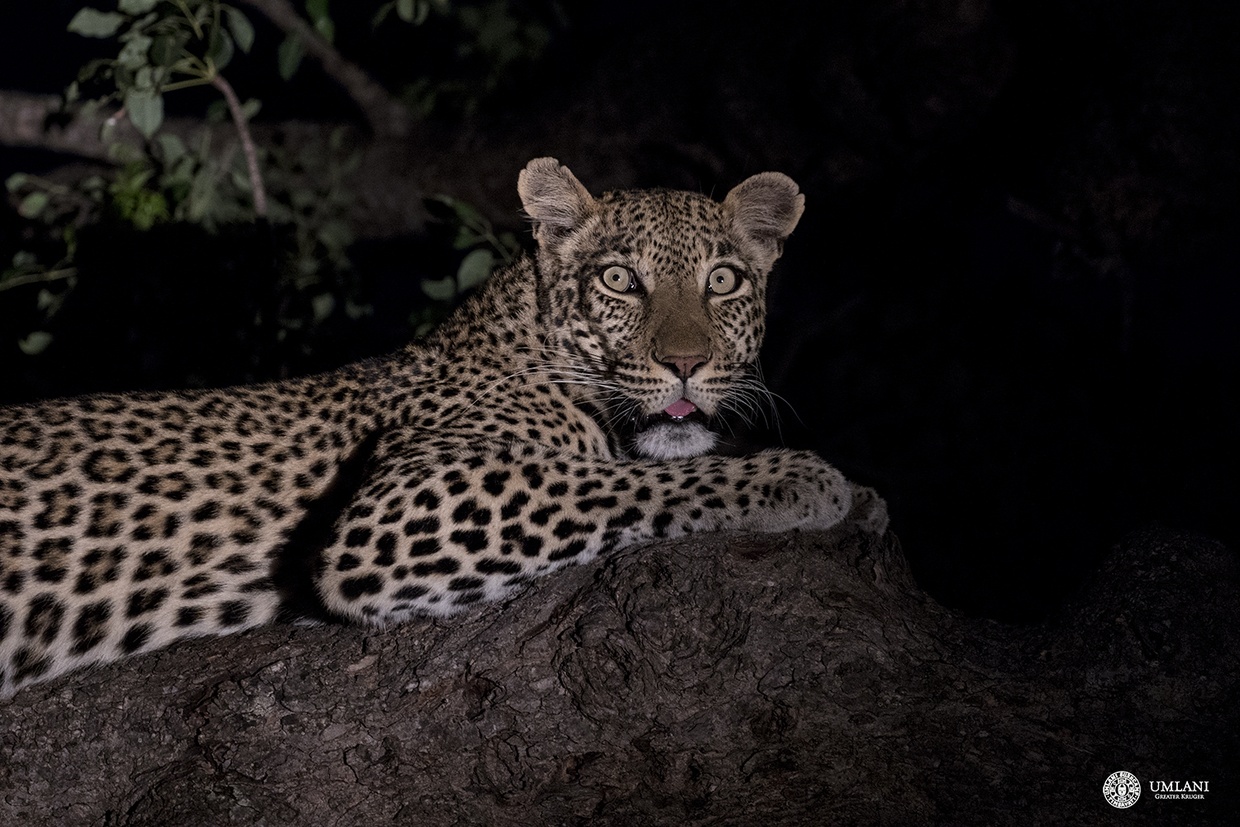 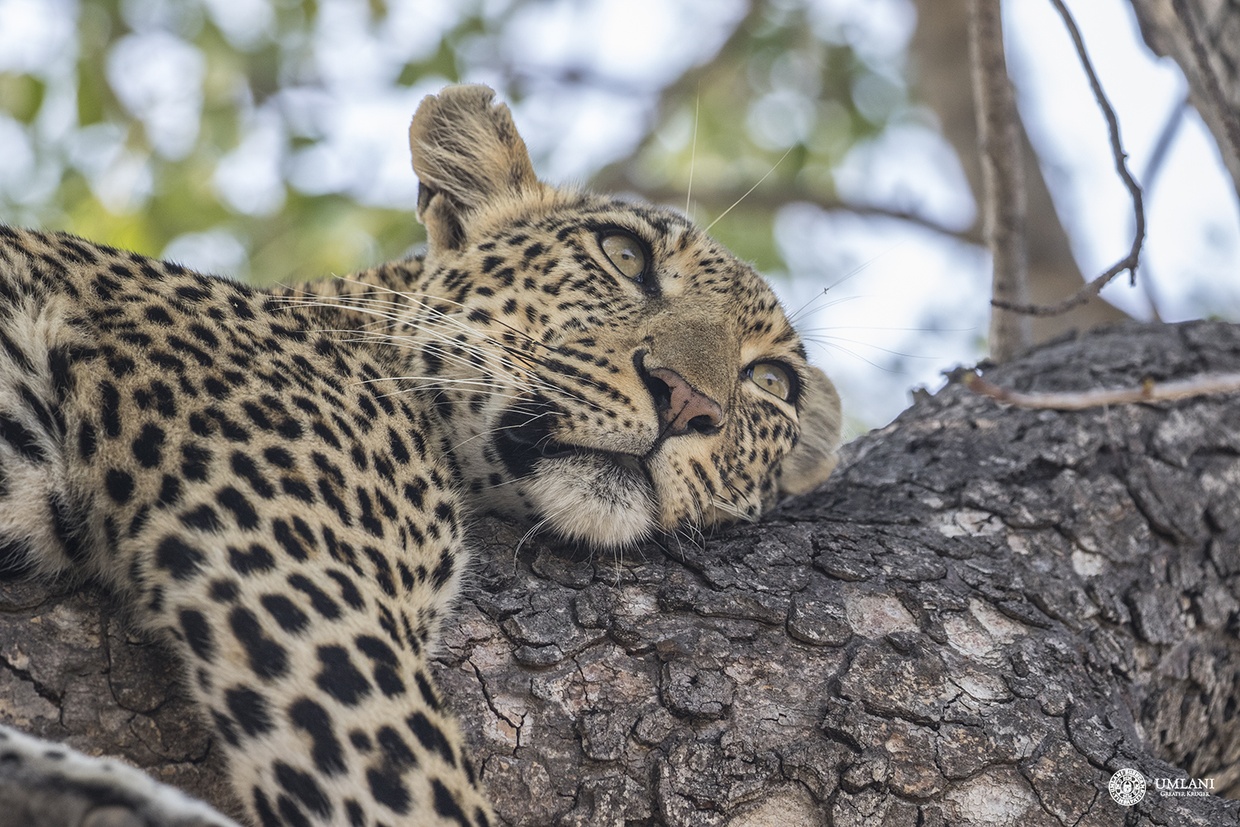 Marula female can't seem to catch a break when it comes to raising cubs, she has now lost three litters in a row, there was hope that the last litter was still alive until we found her mating with one of our resident males about a week ago and she no longer showed signs that she was suckling cubs. Lets hope she has luck with the next litter. There are a number of reasons why the cubs aren't surviving but our number one suspect is the large population of hyena in Marulas territory at the moment, however with the presence of the lions in the area this will affect the hyena numbers and hopefully in turn allow Marula to get some cubs to adulthood. 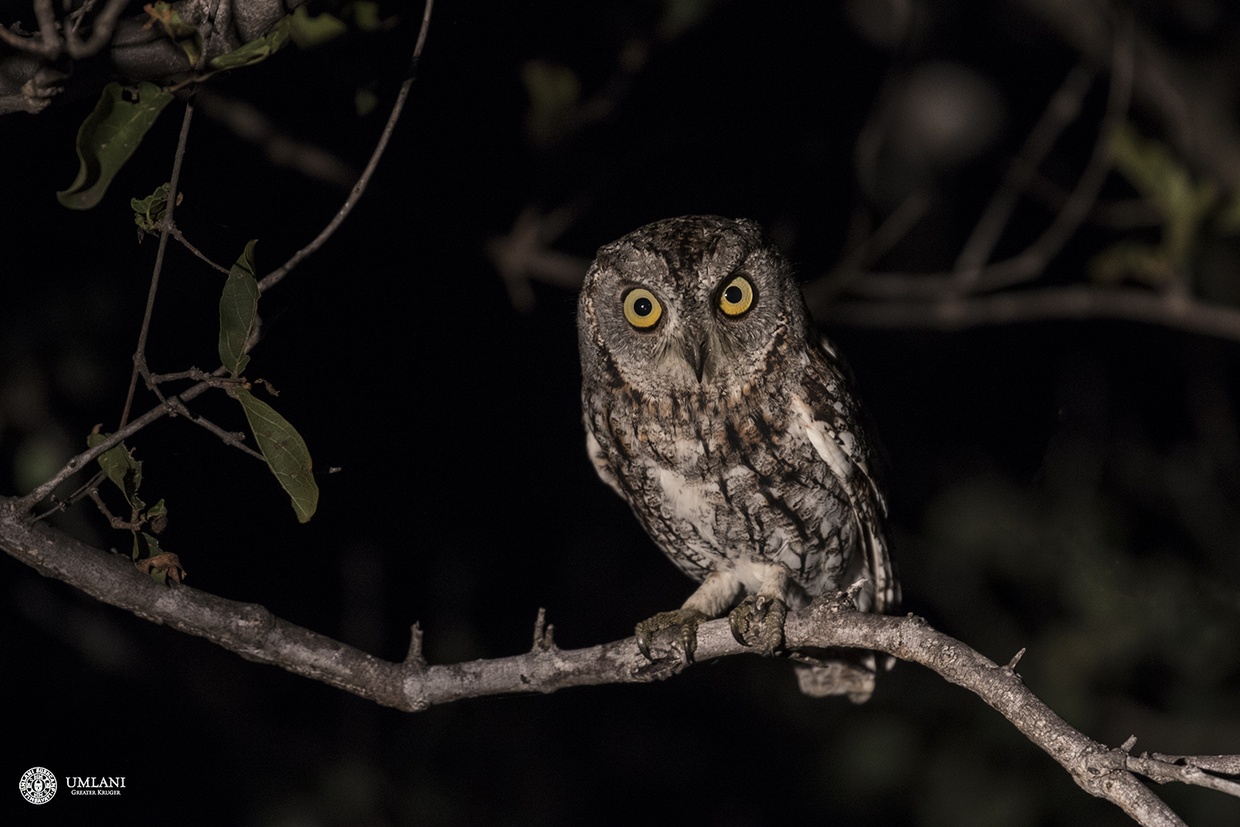 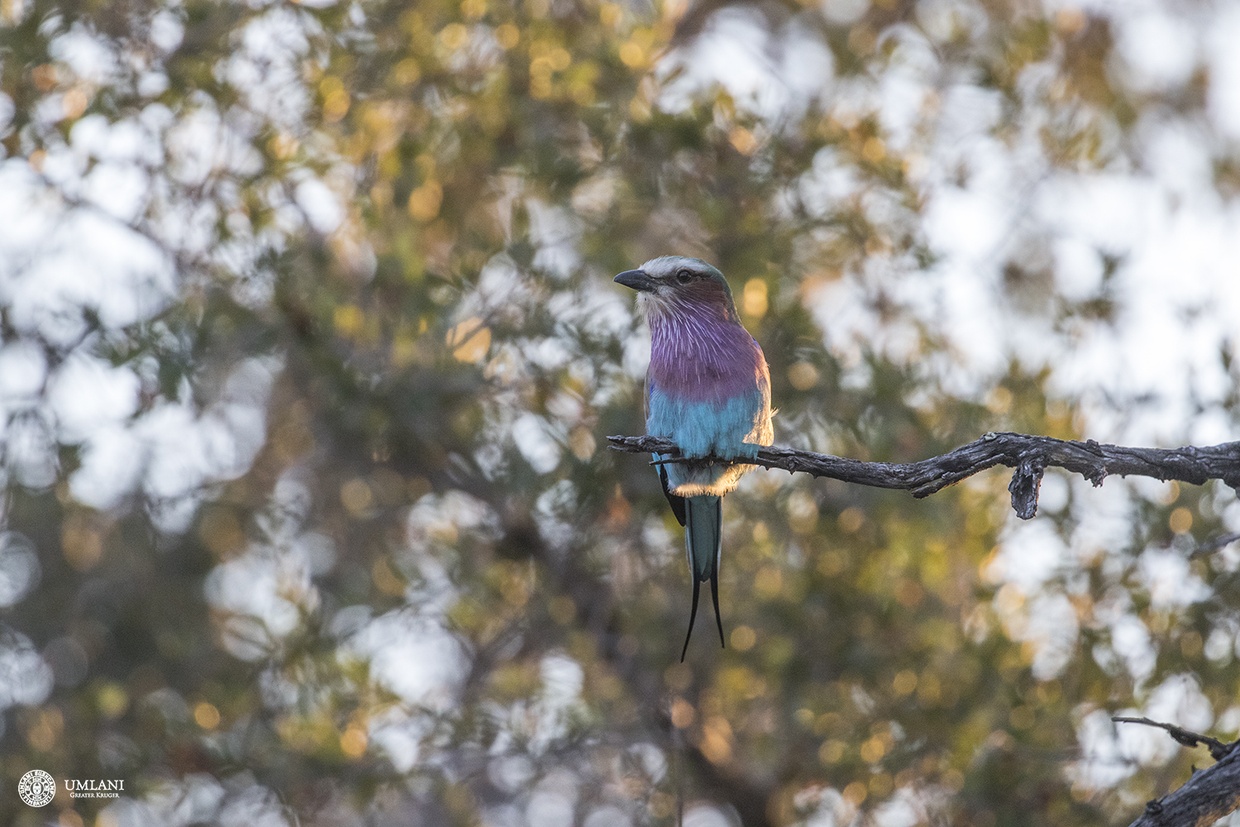 Some amazing bird life around at the moment even though all the migratory species have left us for the winter. 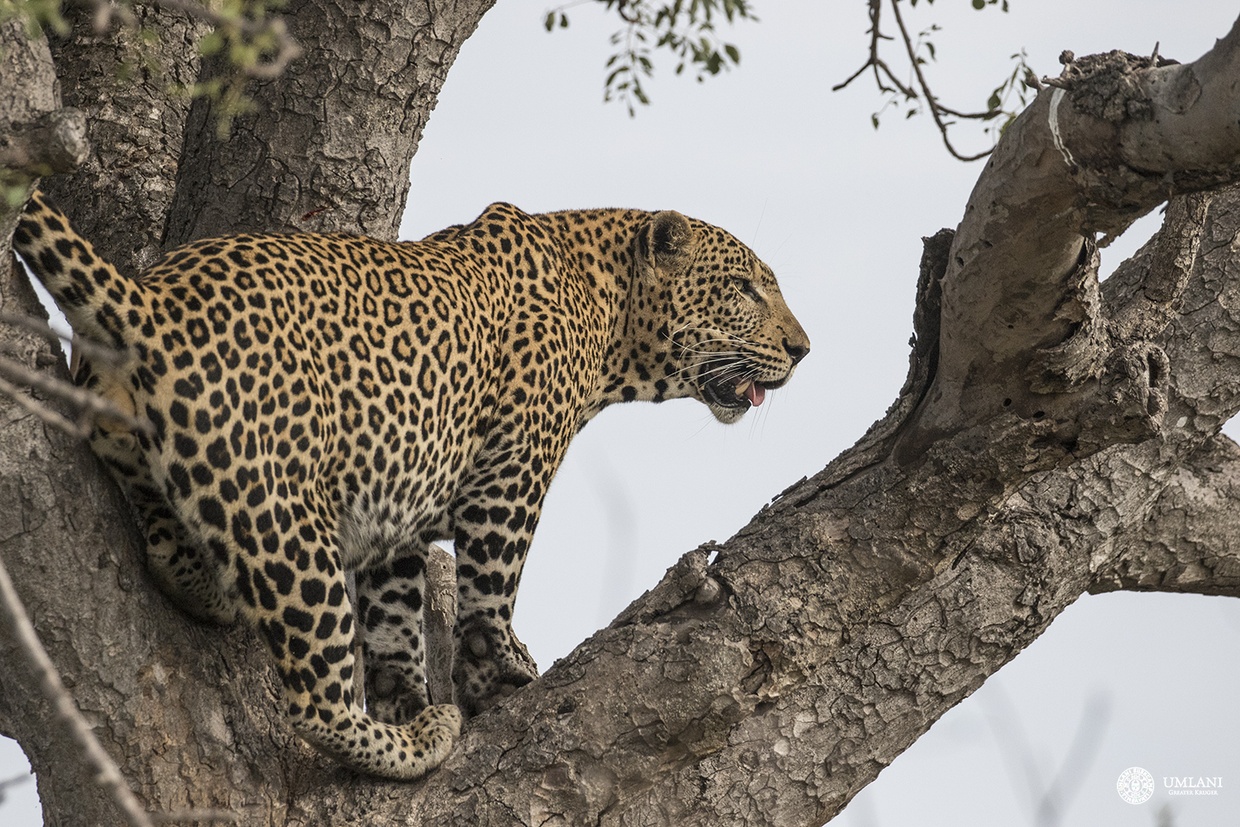 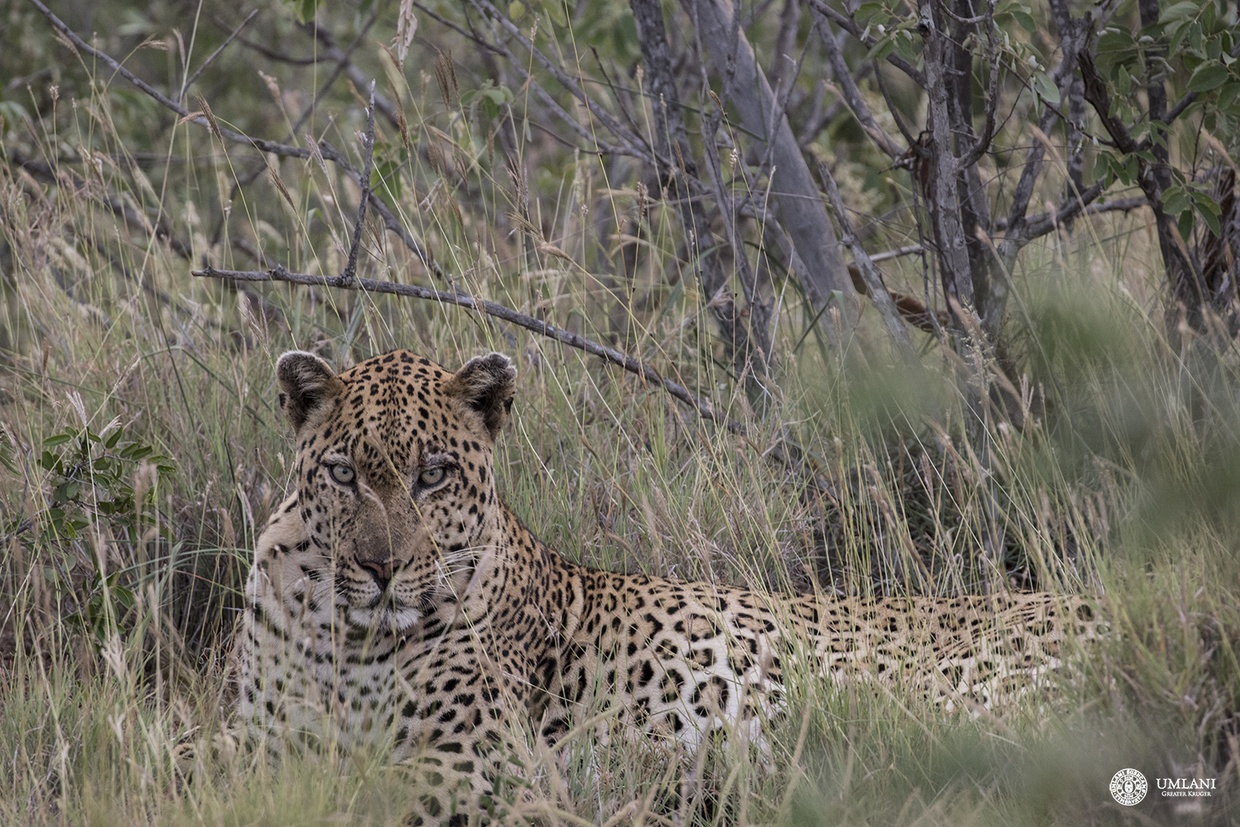 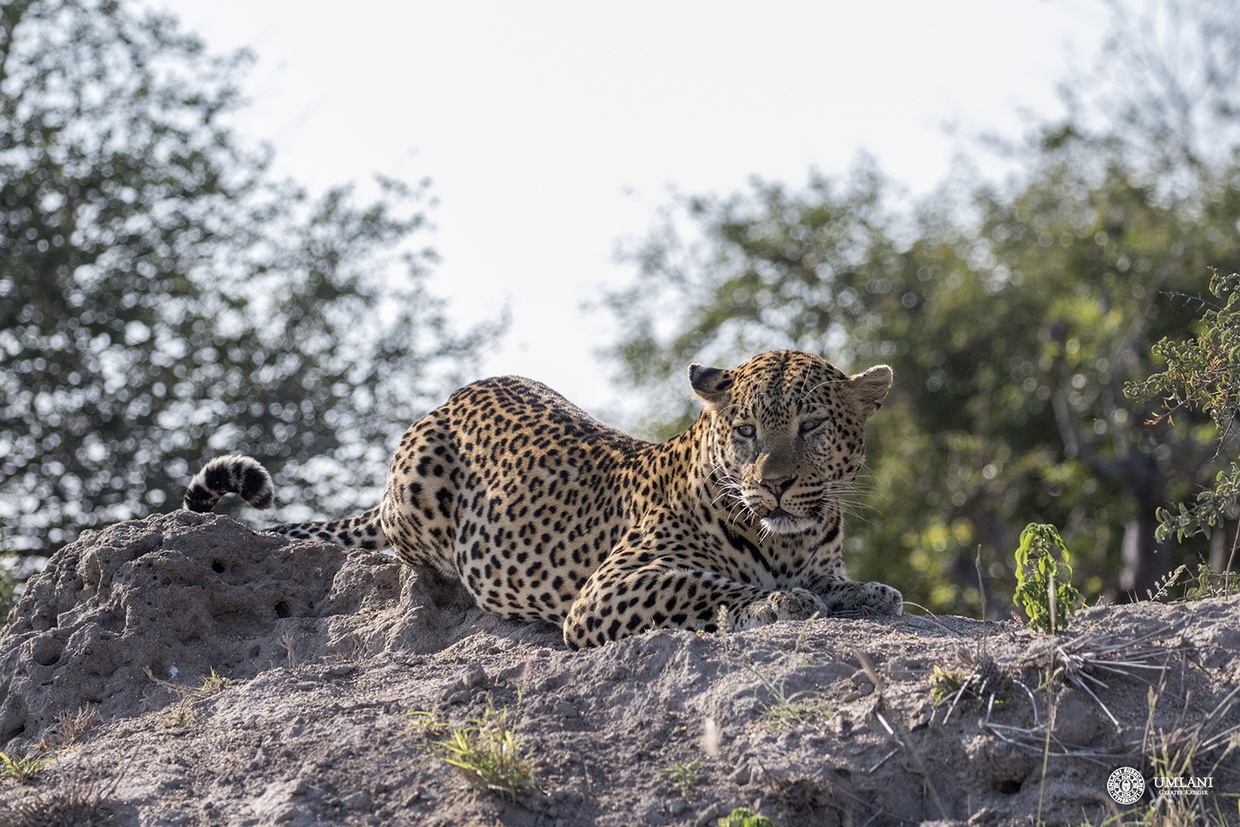 We saw all four of our dominant male leopards this last month, Nstogwaan was seen a couple of times each time with a kill, the northern male was seen and he seems to be relaxing more and more around the vehicles even during the day, Mazinyo was found one morning perched on top of a termite mound waiting for warthogs to leave their burrow, however a herd of buffalo moved into the area and forced the leopard to rethink his breakfast plans. Rothsay male as mentioned was found mating with Marula, he too is becoming very relaxed with the vehicles especially at night, its been the first time in a long while that he has been seen and he has really become a huge male leopard quite easily the biggest of the males in our area, however due to him mating and it being night time it was an extremely difficult sighting to get photos from so we will have to wait until the next time we see him to get a picture or two and show off his immense size.

That is all for this highlights blog, lets see what this month as in store for us.