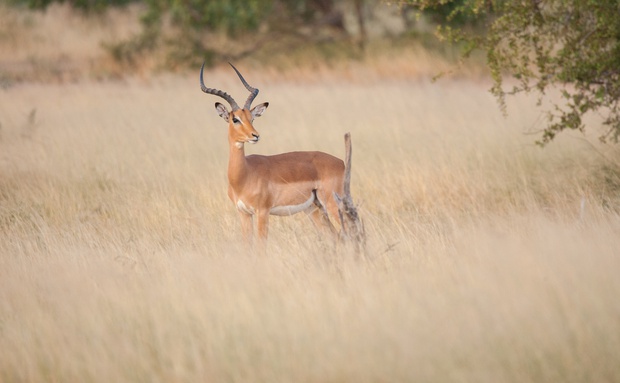 WITH THE WORLD CURRENTLY IN CHAOS, THE ANIMALS AND LIFE STILL GOES ON IN THE BUSH HERE AT UMLANI BUSHCAMP, ALTHOUGH WE HAVE CURRENTLY PUT A PAUSE ON OPERATIONS, A COUPLE OF US HAVE STAYED ON AT CAMP TO CONTINUE TO BRING YOU THE BEAUTY OF NATURE RIGHT TO YOUR HOMES. YOU CAN KEEP AN EYE ON OUR SOCIAL MEDIA FOR REGULAR SAFARI UPDATES AND SIGHTINGS THAT WE HAVE. FOR NOW THOUGH ENJOY MARCH'S HIGHLIGHTS BLOG AND SOME OF THE AMAZING SIGHTS THAT WE HAVE SEEN THE LAST FEW WEEKS.

With the change in seasons at full swing the vibrant greens of summer are starting to fade despite us having some very late rains. There is still an abundance of water and food around and the bush is looking the best it has in years moving into this years dry season. As usual the game viewing has been exceptional, and there has been no shortage of quality sightings.

Rothsay male leopard made a welcome return, it had actually been quite some time since we had last seen him and with the number of younger male leopards around we were starting to think that he may have been pushed out by a competitor, however this was not the case and we found him with an impala kill not too far from camp. He spent a good few days in the area while he fed off his kill, he still remains very elusive during the day, but at night he is as relaxed as some of our other habituated leopards allowing for some quality photographs of this large male leopard. 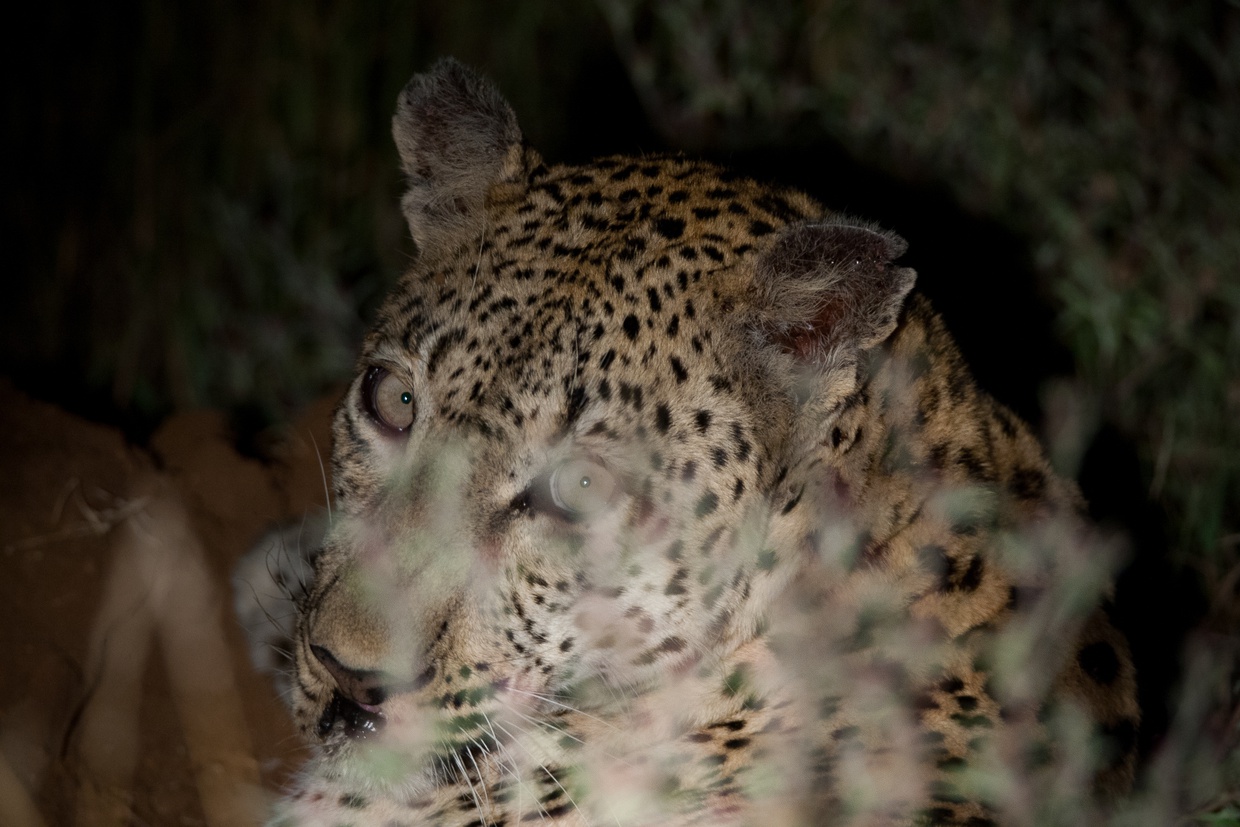 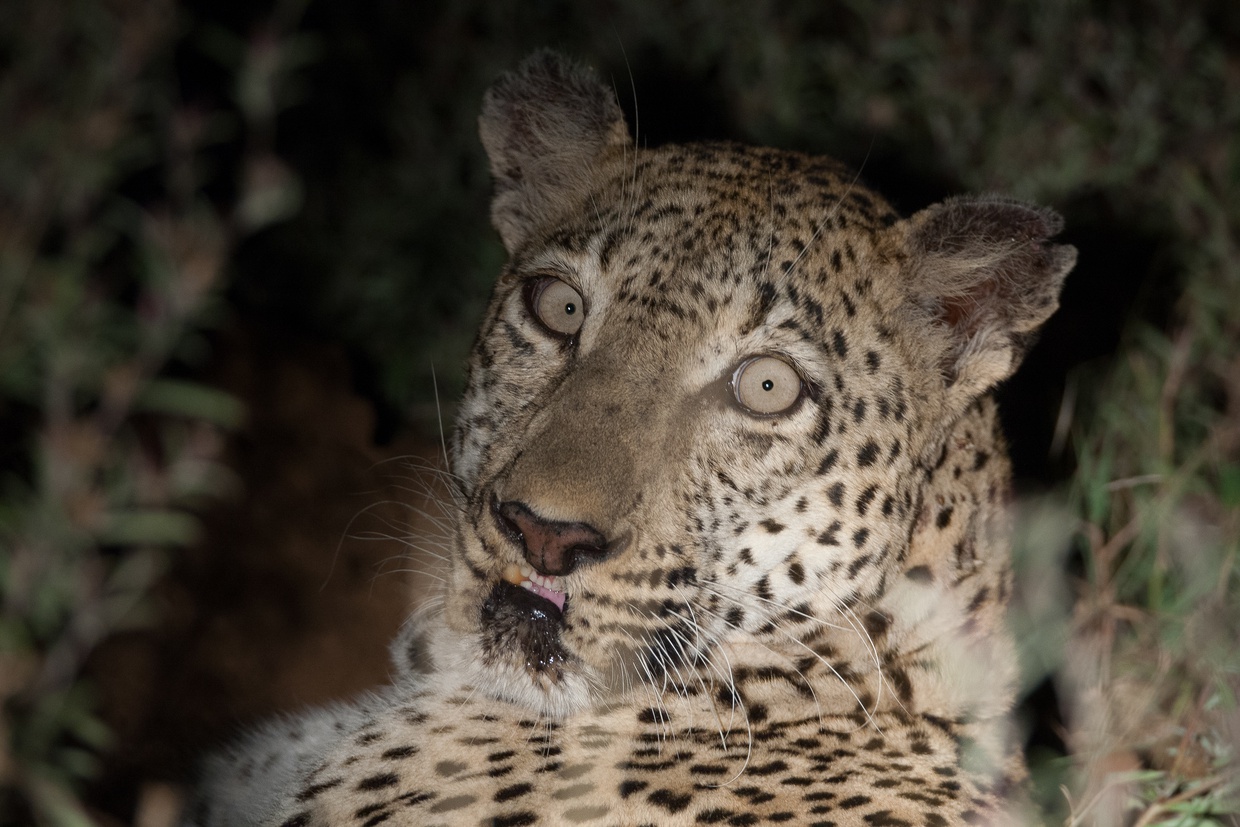 I also managed to find a young male leopard one afternoon resting in one of our dry riverbeds escaping the heat of a warm day, he wasn't very relaxed so I viewed him from a distance until a herd of elephants moved through  and chased him off. 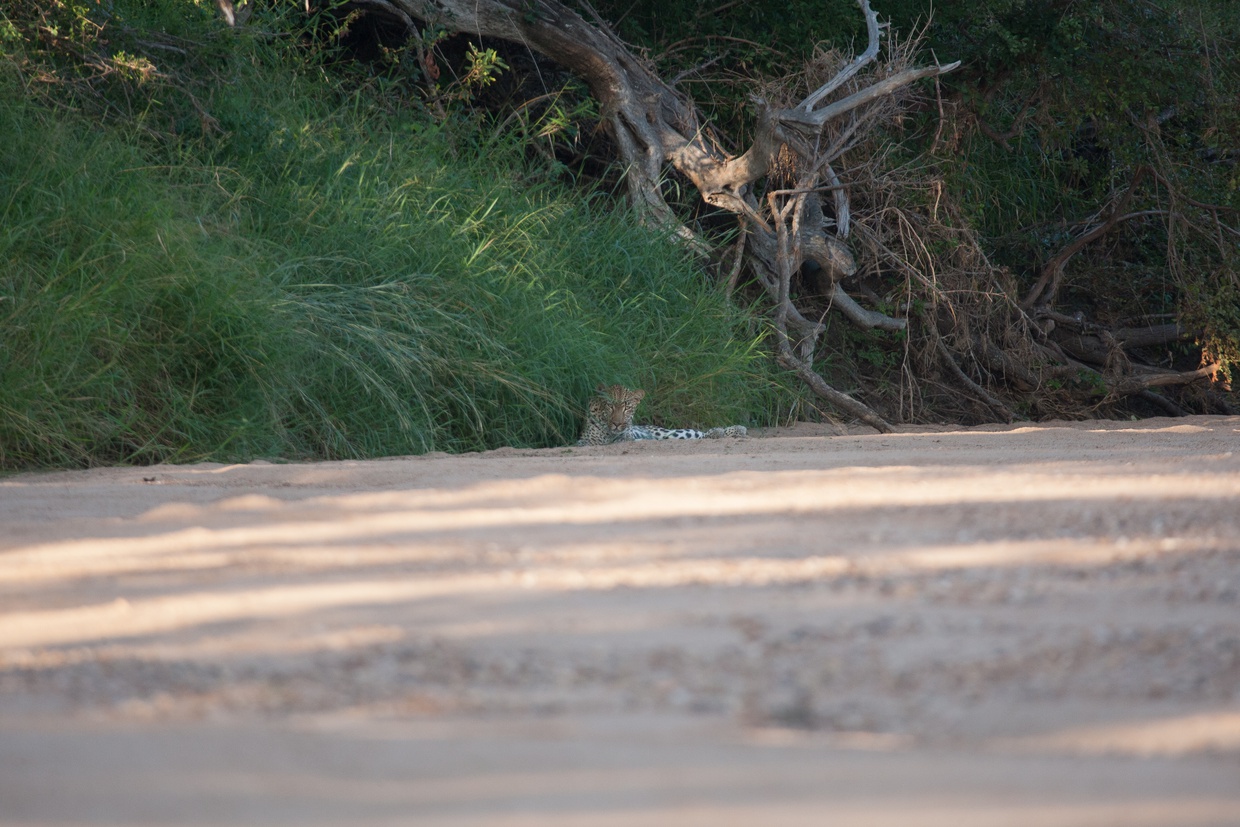 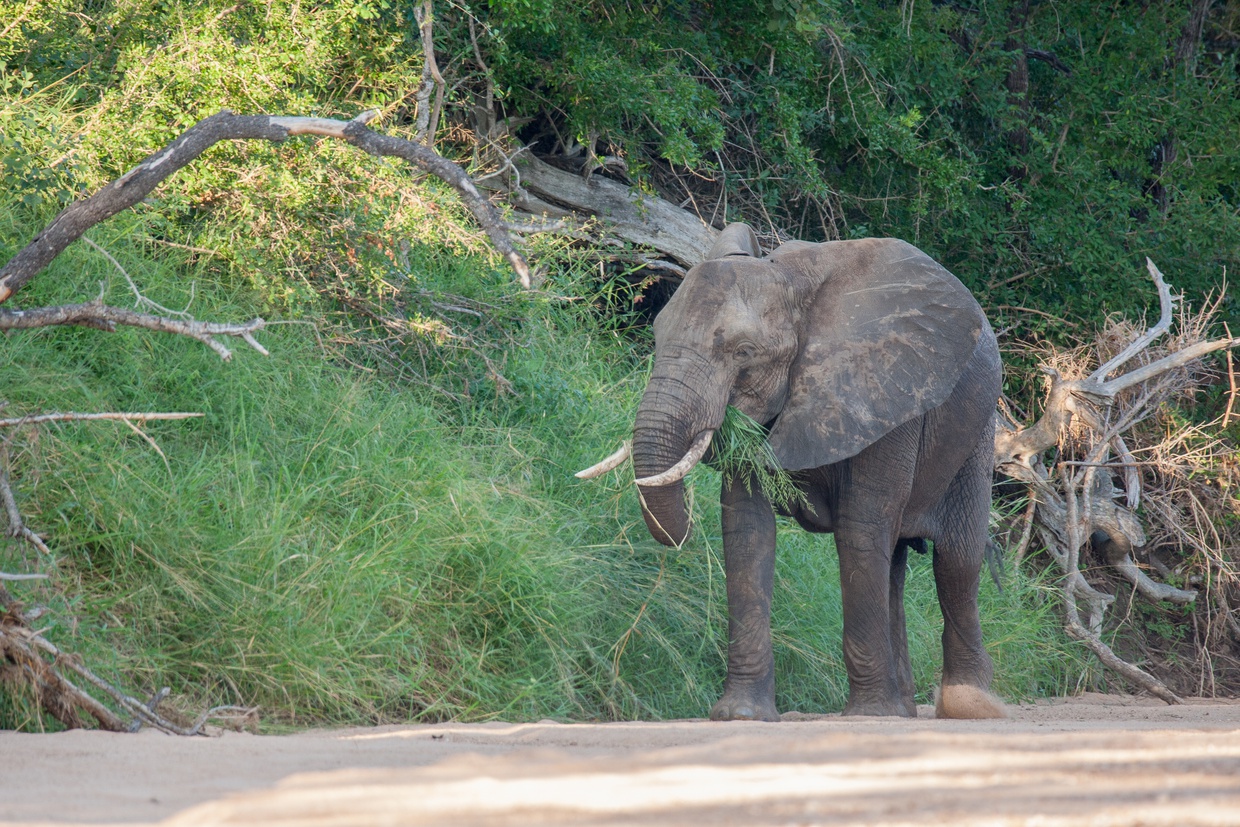 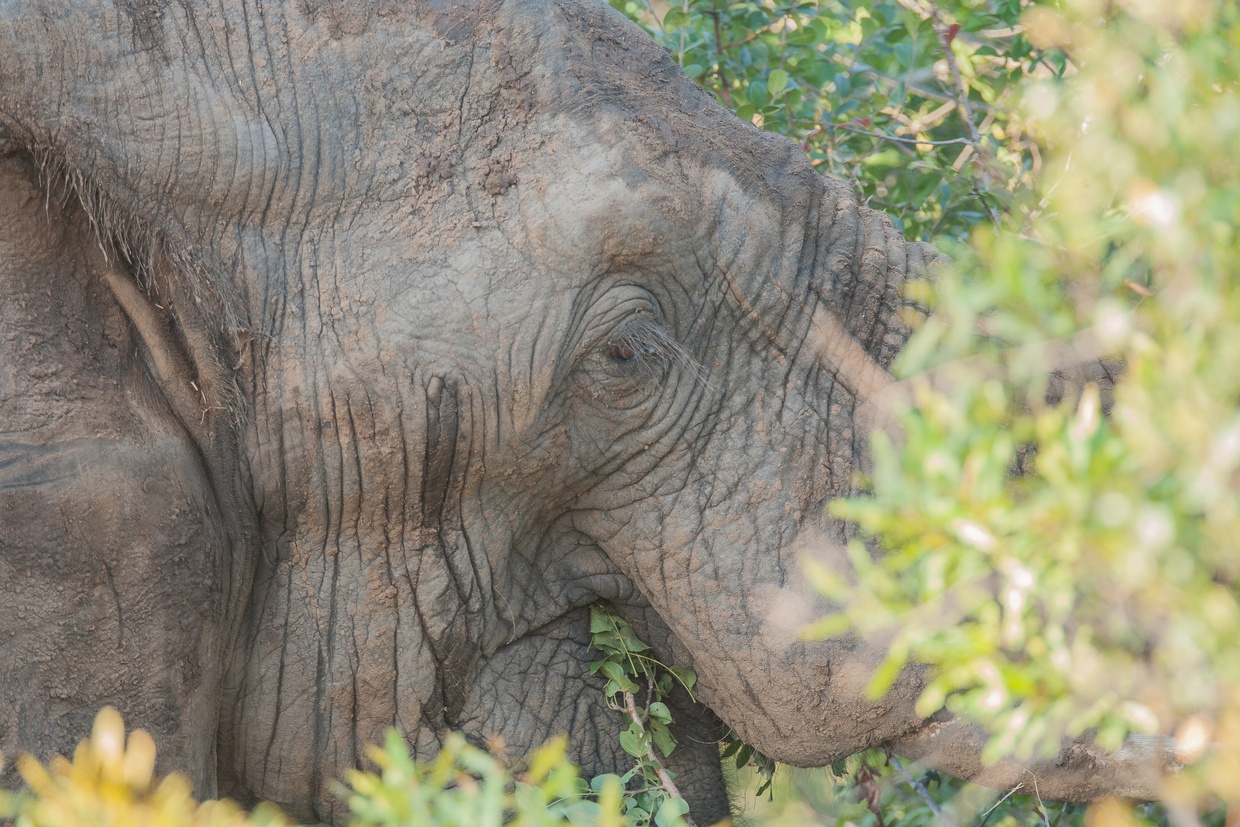 The Nharu male lions have been patrolling their territory quite a lot lately with small cubs to protect and the constant threat of rival males that are hanging around on their territorial boundaries, the 3 dominant males need to make sure that their land is secure. A few nights ago we had them roaring very close to the lodge so we went out to see them and they are becoming impressive individuals to say the least. 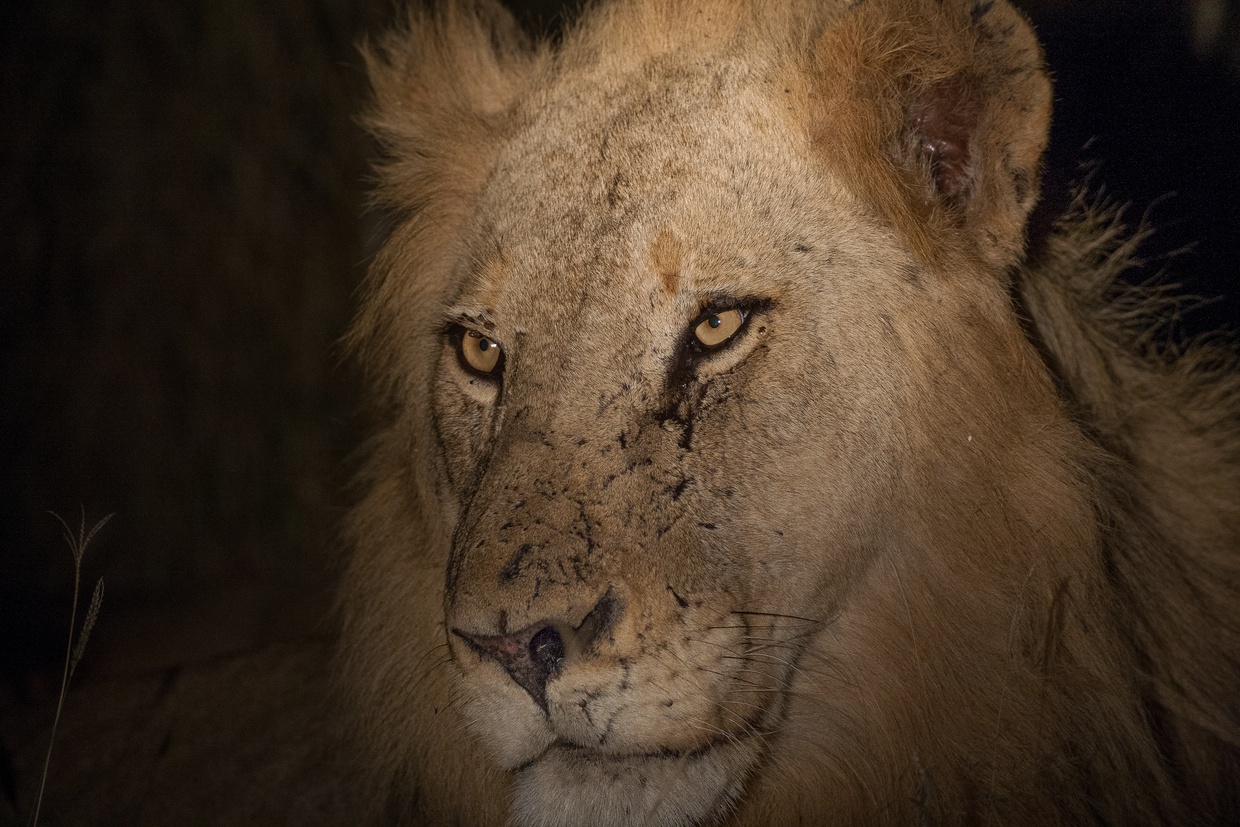 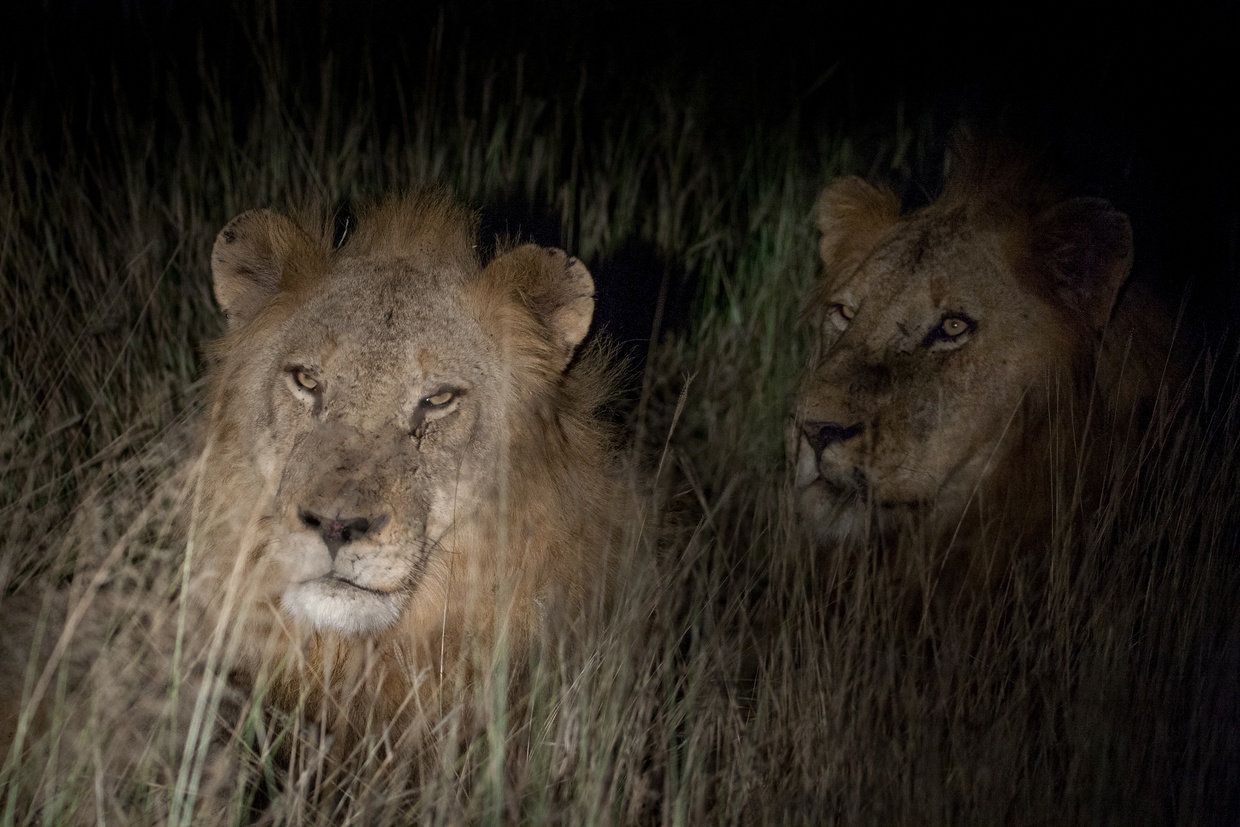 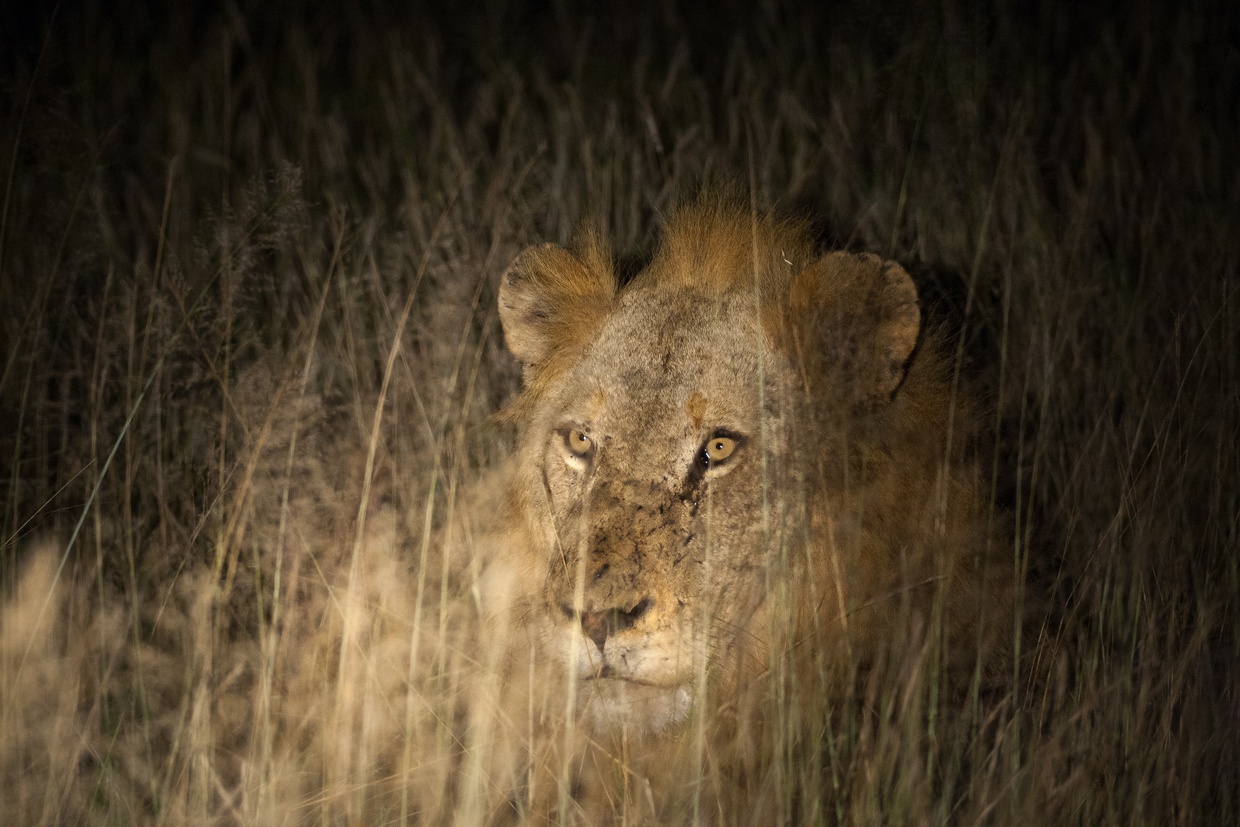 Other sightings we have enjoyed this month include a group of buffalo bulls that have made one of our waterholes their home, we have had days where the temperature reaches 40 degrees Celsius, meaning the buffalo spend most of their time in and around the water. Whilst sitting with the buffalo bulls one day I noticed a pair of Blacksmith Lapwings hanging around the water edge and soon saw that they were in fact sitting on a nest, these birds have incredible nesting habits, they lay their eggs on the ground and furiously defend the nest against any threat that may come their way, be it baboons or a herd of elephants that could unknowingly trample the nest. The eggs themselves are really well camouflaged and it takes a trained eye to spot them. We also found a Flap-necked Chameleon whilst out one evening resting on the outer branches of a small tree, as temperatures begin to cool, we will begin to see less and less of these reptiles as they tend to keep a much lower profile in the cold winter months and don't move around too much. 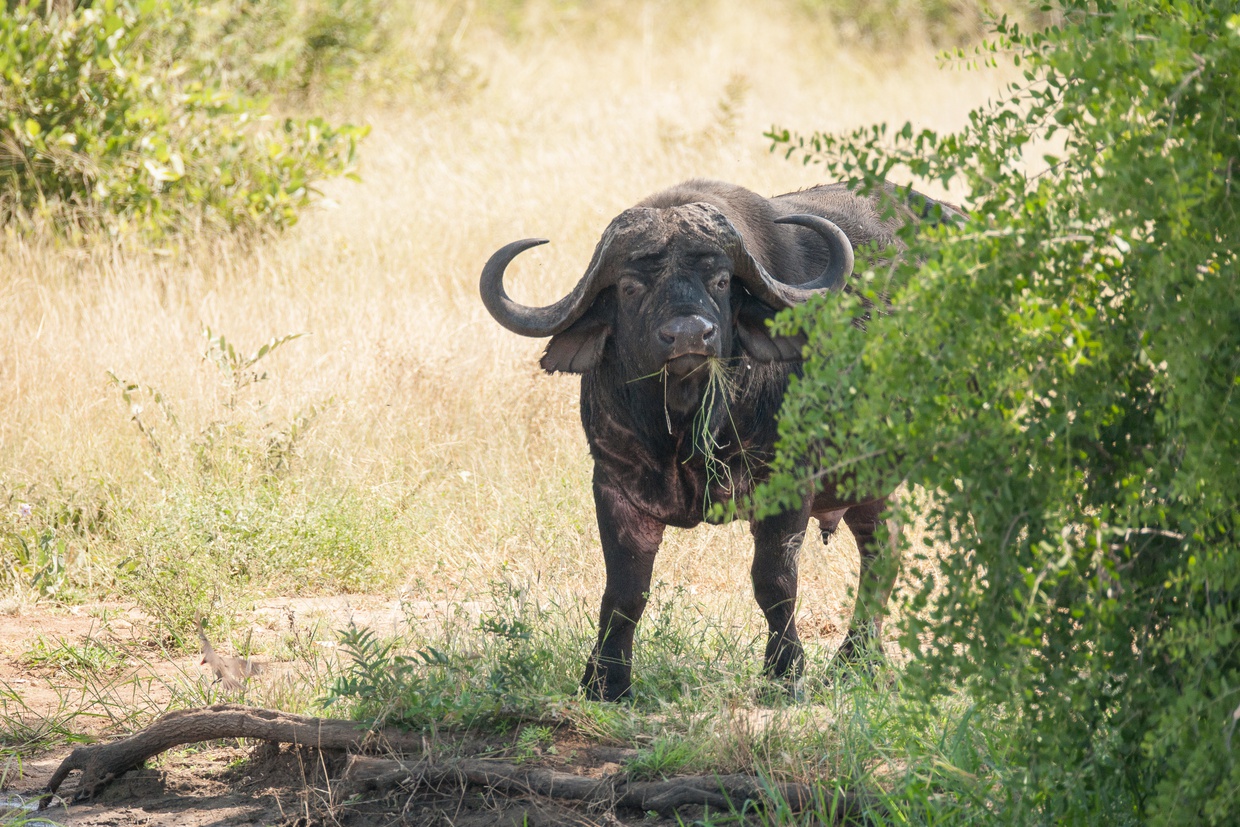 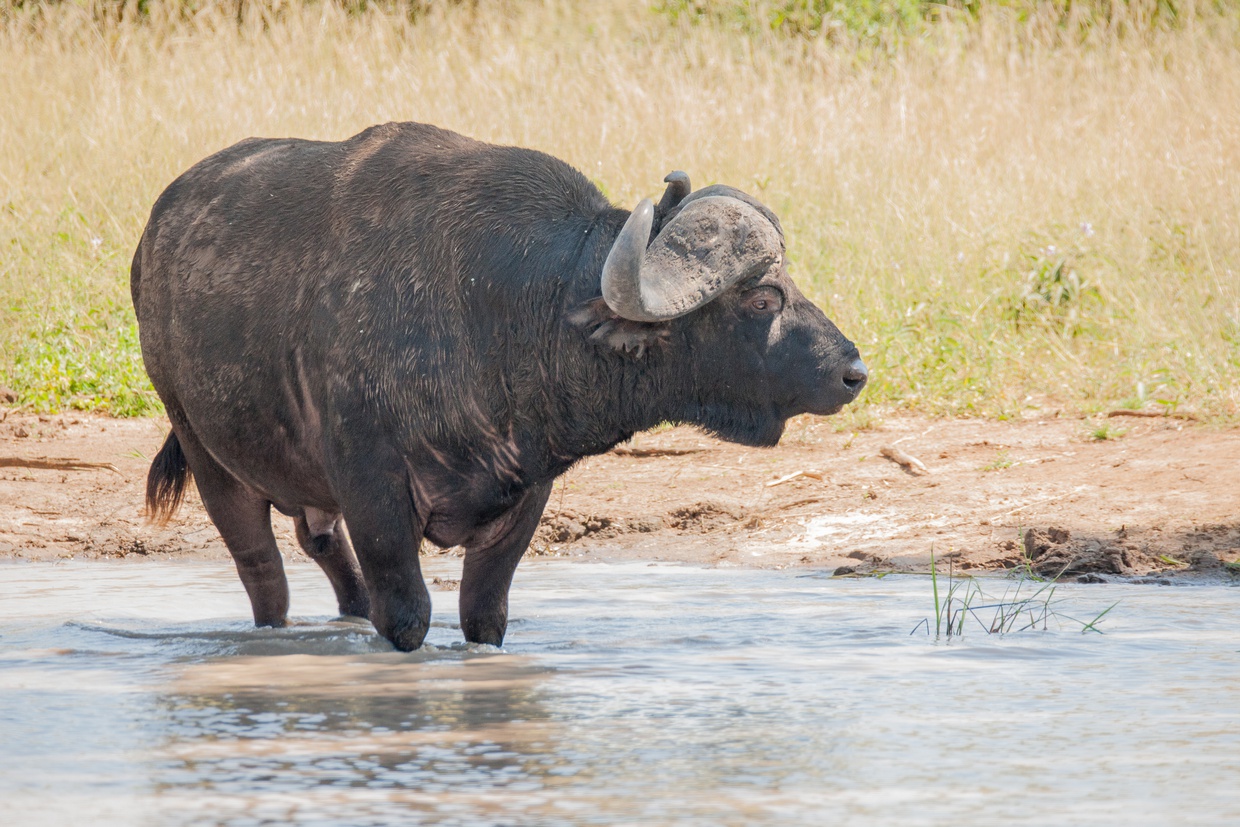 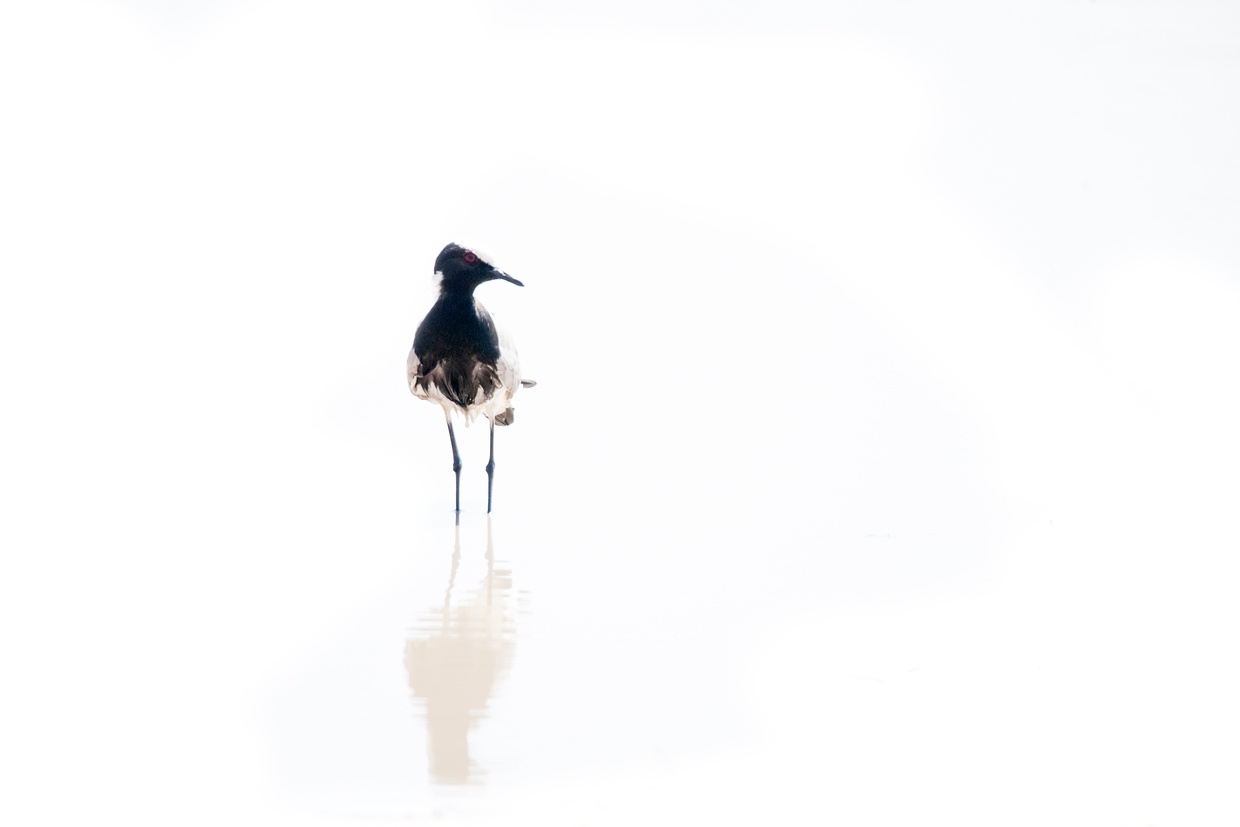 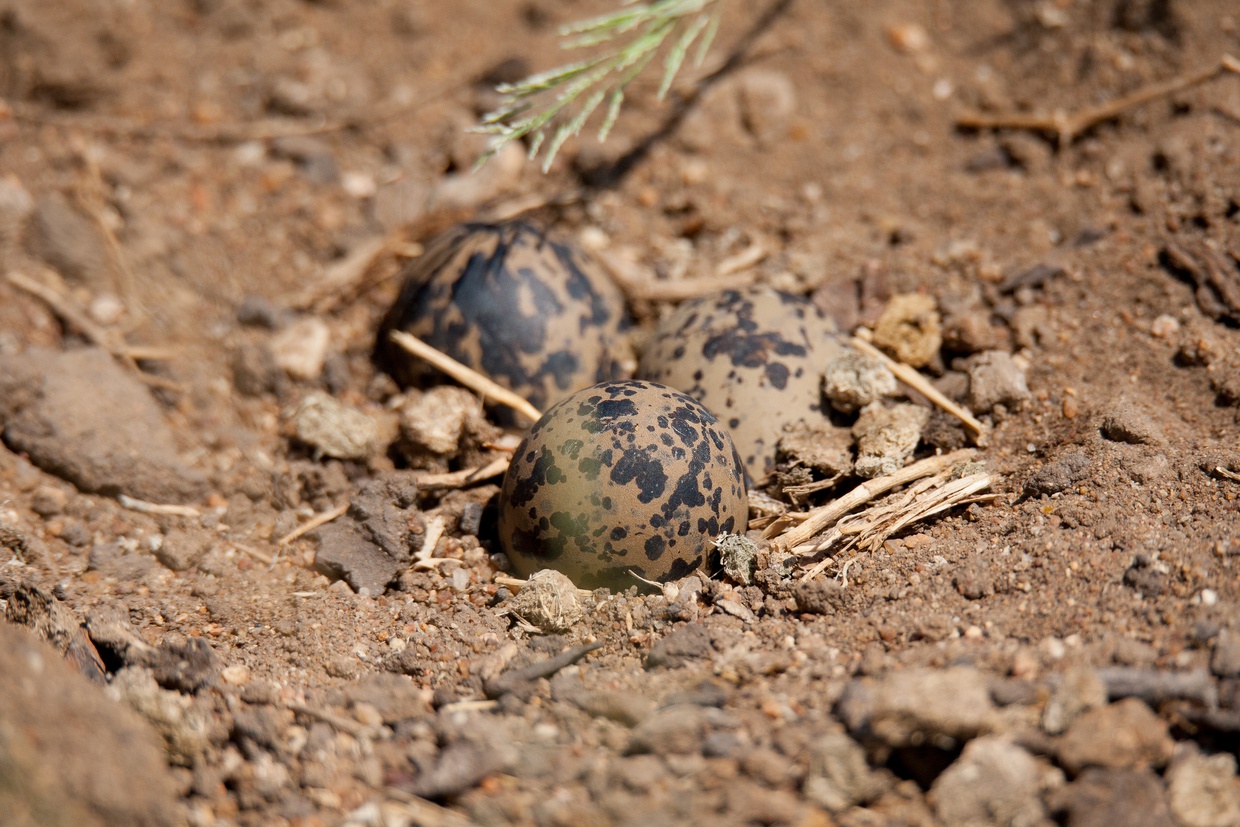 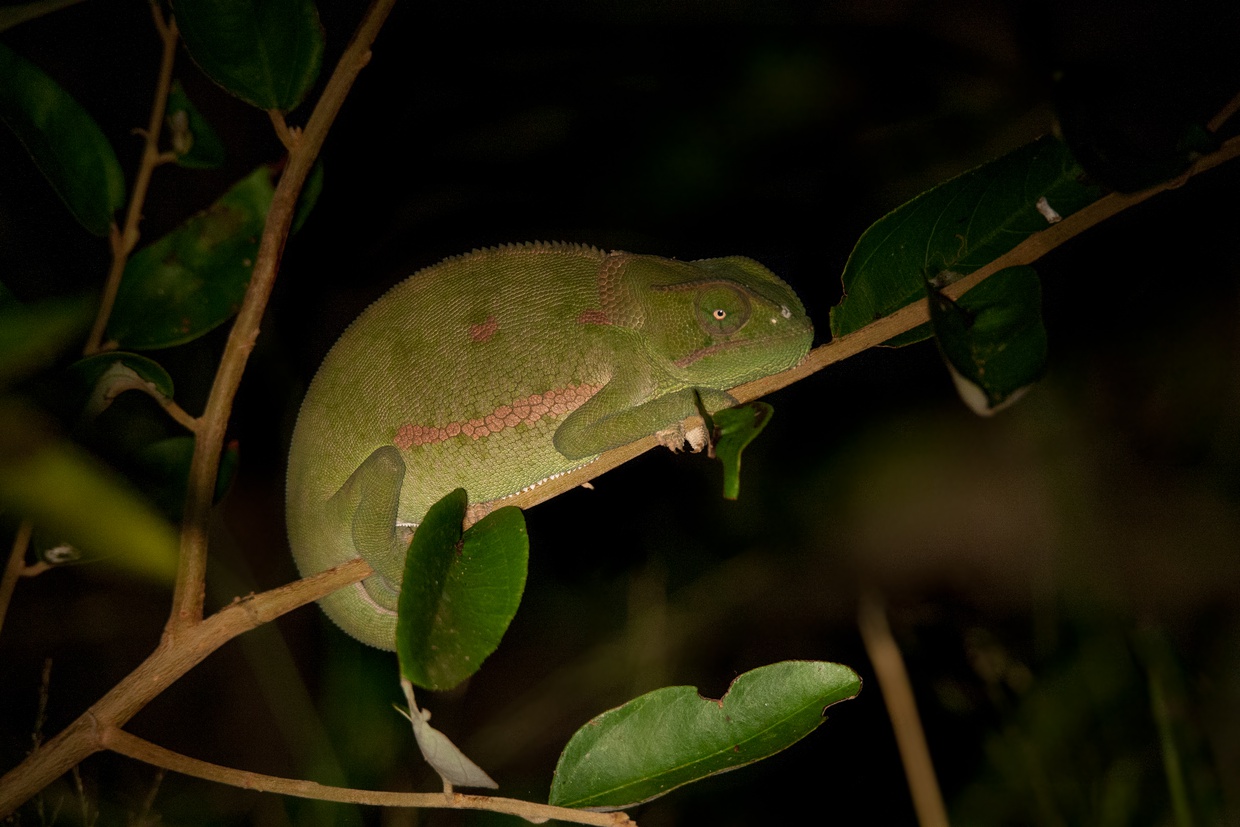 Now I have saved the absolute best highlight for last, last week I was fortunate enough to meet Nthombi female leopard's latest litter of cubs, although there have been reports of three cubs, I only got to see two of them, Nthombi didn't appear to be at the den and therefore I did not stick around for very long but fortunately for me I didn't need to be at the den longer than a few mins when the little cubs showed themselves. To be able to be let into the private world of these elusive big cats is something that I never get tired of, especially when this is the rewards of it. 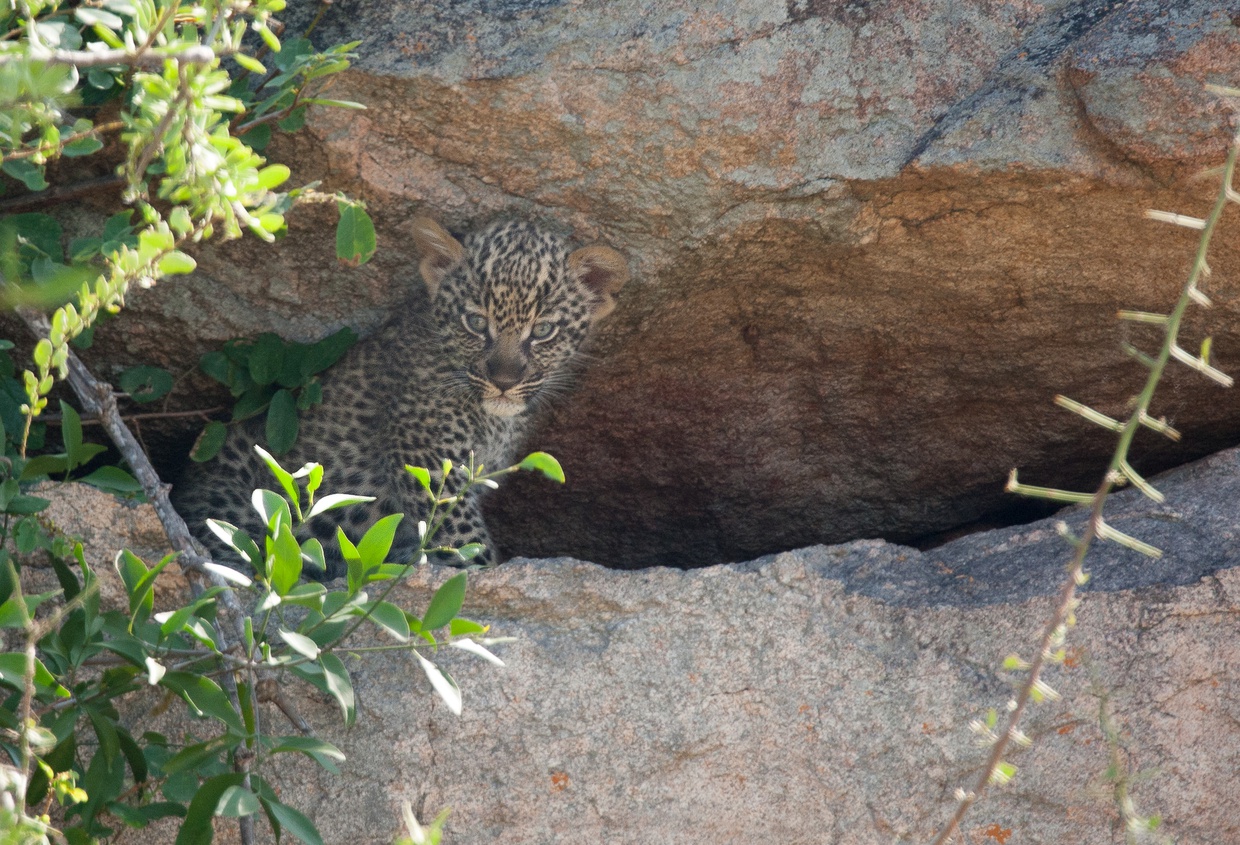 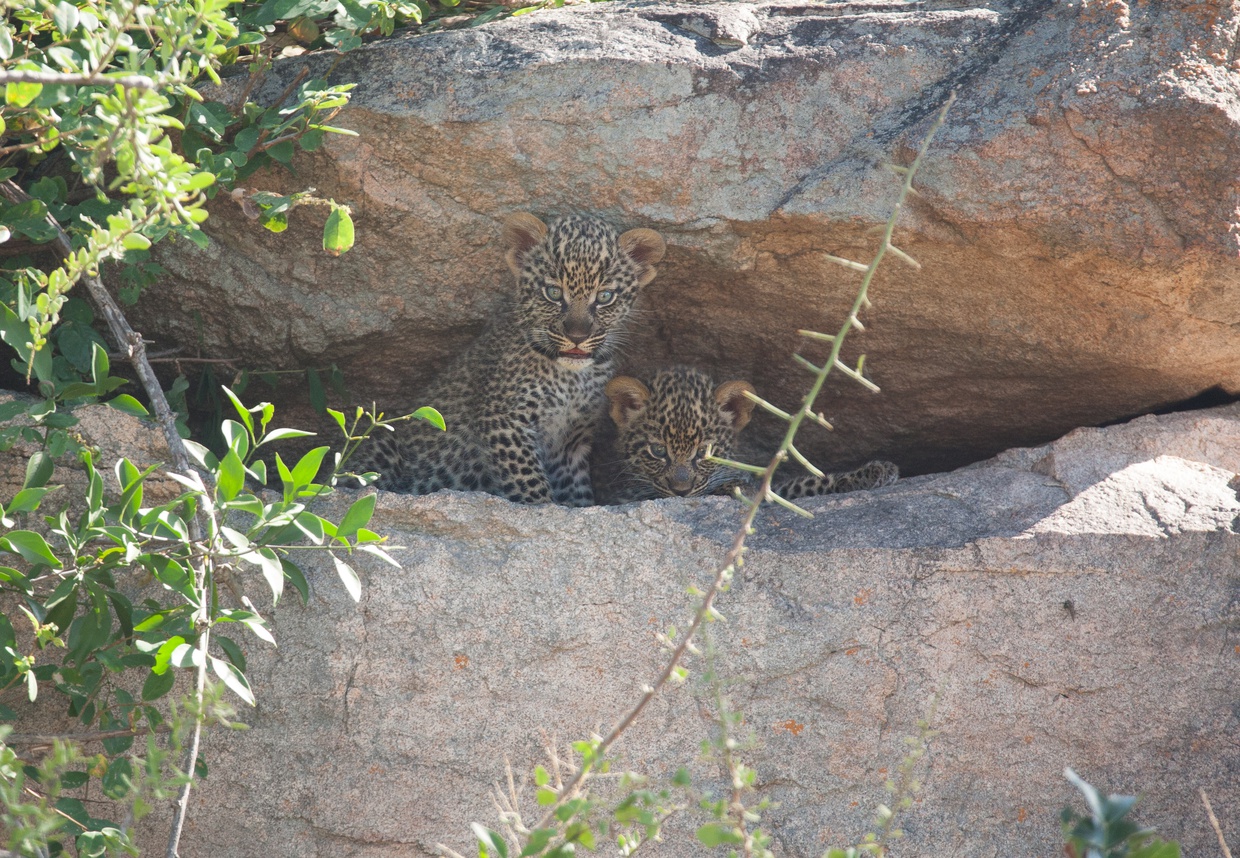 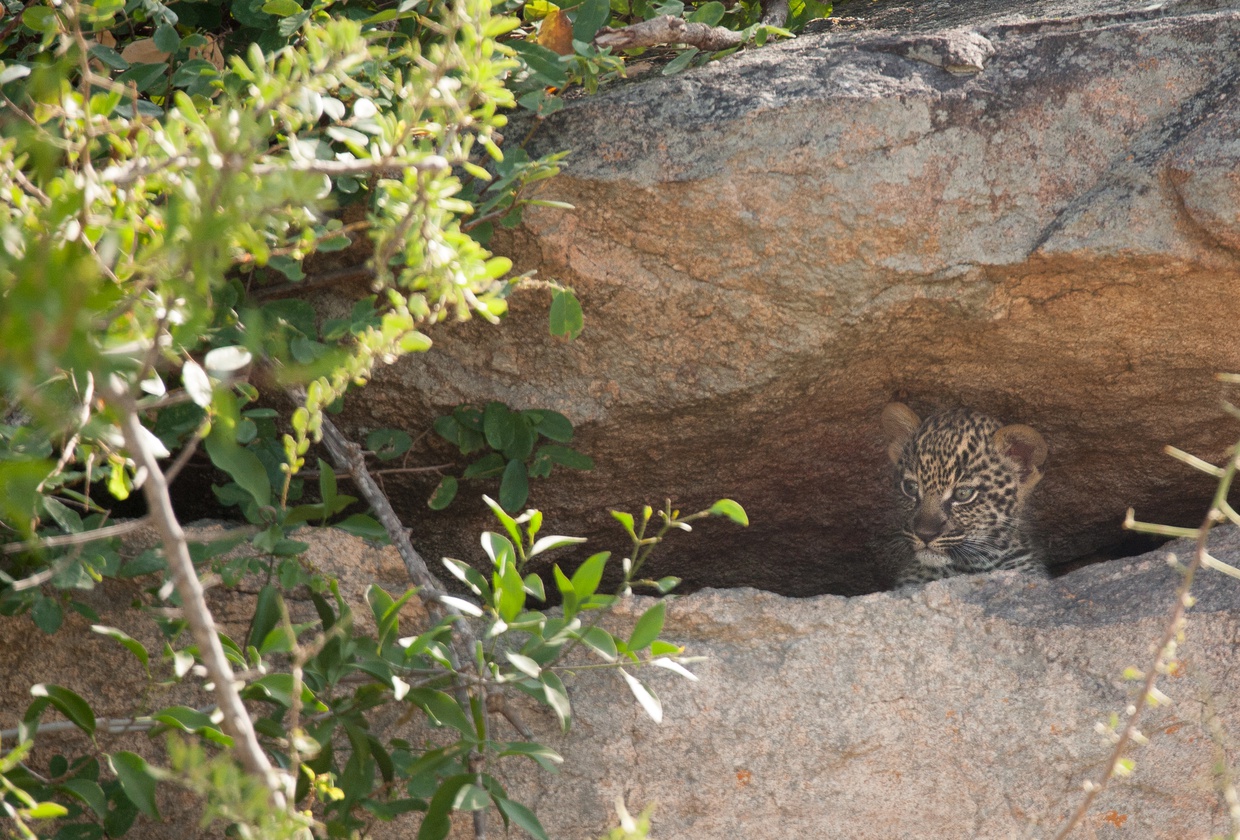 And on that adorable note, we wrap up March's sightings highlights, as mentioned there will be many more sightings updates and blogs to come in the coming week/months, so stay tuned for those. Until next time...