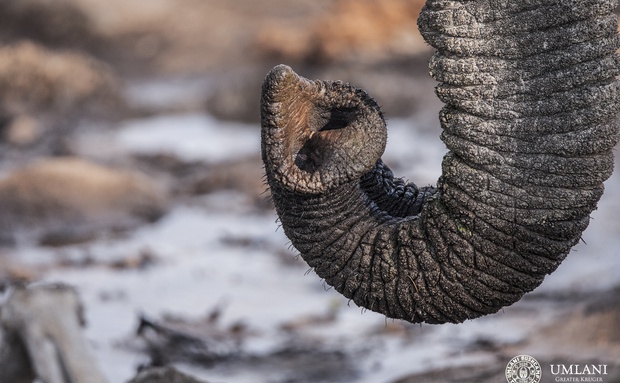 The month of August sees us bidding farewell to the cold. Days have started to heat up once again and we are looking forward to hopefully getting some rain to relieve the drought.

"What my eyes seek in these encounters is not just the beauty traditionally revered by wildlife photographers. The perfection I seek in my photographic composition is a means to show the strength and dignity of animals in nature"

This month saw us having many great and special sightings, although the bush is drier than ever, its sparseness has made the game viewing a lot easier. It is hard to not draw attention to the fact that the bush doesn't look its normally beautiful self, however the sightings have definitely made up for it as we had one of the best months for game viewing. I will let the pictures speak for themselves as you enjoy our latest monthly highlights

New additions to the hyena den. On a recent visit to the hyena den we were lucky enough to see two tiny babies. It must have been one of their first forays out of the den as they were extremely timid and seemed to take in their surrounds more than paying any attention to us. It’s amazing to watch them, so small and so cute, all the while knowing that they will grow up into one of Africa's most formidable predators.

The mother of the new youngsters and matriarch of the clan lying at the entrance of the den. She is not only guarding her little ones but keeping a watchful eye on us too. A striking contrast to the innocent black cubs we had just seen.

Something you don't see every day. A rare and endangered pangolin. These shy and elusive animals usually only venture out late at night but due to the sparse bush this one was spotted early one morning as it sought refuge under a raisin bush. We have been fortunate enough to have had 3 different sightings of pangolin this month and hopefully they continue as it’s always a treat for both guests and guides alike.

We have been seeing an absolutely huge bull elephant over the last few weeks. His massive tusks truly make him a living legend reminding us of how the now extinct mammoths must have looked. For an animal of his size he is a remarkable relaxed and gentle soul allowing us to get really up close and personal with him.

Nyeleti killed a young nyala and hoisted it into one of the thickest trees around and only for a brief moment did she put up her head for us to get a couple of pics before laying down again. She really is becoming a beautiful leopard and seems to be sticking around forming her territory within her mothers.

The Hercules pride seem to be making themselves at home in our traversing area filling the void that has been left from the Ross pride who haven't been seen as much as they used to be due to the pressure that was placed on them by the two young males that moved through the area as well as the much larger Hercules pride. When these lions arrived they weren't very relaxed around the vehicles but as time has gone by they seem to be settling down and the quality of sightings is on the rise.

The buffalo herds have been a bit scarce this month as they are constantly on the move for better grazing, but one thing is for sure they will always return due to the abundant waterholes that we have on our traversing area. This time of year the smaller herds join up to create a massive super herd. It is an awe inspiring spectacle to be amongst them when out on safari.

Rockfig jr has been seen a few times this month, still no signs of being pregnant and still being found in the company of Nyeleti on the odd occasion. At 11yrs old she is still looking extremely good and we still hoping that in the coming months she will produce another litter of cubs.

Beating all odds, the lone Machaton lioness is still going strong. Like a ghost she moves through our traversing area relatively undetected. There have been a few occasions though when she has been seen with both the Hercules pride and the Ross pride on kills that they have made. This is extremely interesting as they seem to accept her presence. Time will tell as to what she decides to do but for now she remains alone but strong.

Another old face that we haven't seen in some time popped up this month. The old Ross male who is now also nomadic moving huge distances and scavenging from every kill he can. One interesting sighting we had was of him stealing a buffalo calf kill from a clan of hyenas, the hyenas seemed intimidated by the old male and gave up their kill without too much of a fight. It was good to see this old male still holding his own in the face of such adversity.

Marula female has been seen the most out of all our leopards this month as she moves through her territory. It seems the rumors of her having cubs were untrue as she shows no signs of nursing a litter.

The Giraffe pride a long with one of the white lions and the two trilogy males managed to kill 2 young buffalo at one time. We saw the males pretty much taking over and only allowing the lioness to feed once they had their fill. The other absent white lion is said to have new cubs that she is hiding and we look forward to seeing them soon.

It's always an impressive sight seeing Africa's tallest land mammal having a drink.

The elephants have been a constant also in large numbers as they move in search of food and water. It’s almost a sure bet that when you go to a waterhole you will find elephants. Its also interesting to see how they have adapted their feeding due to their minimized choice of menu and are actually doing us favors by tackling the over present raisin bushes. This helps thin out the bush which will assist us in the summer months with easier viewing.

Well that's all for this month, as you can see it was extremely productive. Hopefully this carries through to next month. All we can do is sit back and watch Mother Nature at work.