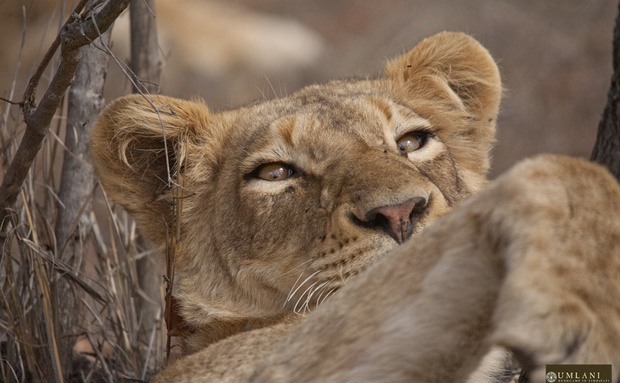 As temperatures in Timbavati soar and the rain remains aloof, wildlife sightings have been plentiful as the animals are forced to the gather around the remaining water sources. Greg McCall-Peat shares some of his recent wildlife sightings and photographs with us.

"There is something about safari life that makes you forget all your sorrows, and feel as if you had drunk half a bottle of champagne - bubbling all over with heartfelt gratitude for being alive"

As the old year ends and the new year begins we find ourselves still firmly in the grasp of El Nino. The bush is extremely dry with us receiving very little rain but lots of sun with temperatures in the high 40’s almost on a constant basis. However this hasn't deterred the animals who are now forced to the remaining waterholes. It’s almost an extension of winter conditions without the cold. We always say how winter is the best time for game viewing because the bush is sparsely vegetated and animals need to move more to find food and water; however that is exactly how we would describe our current summer.

Hopefully this new year will bring some relief though from the drought we find ourselves in as the bush does desperately need the rain. For now though, enjoy our photo highlights from our game drives in December and January.

Marula female has been a bit scarce of late, operating a bit further north from her usual territory, even having a bit of a confrontation with her Northern neighbor Nthombi female. Perhaps she is seeking a mate as her cub is now independent and she should be coming into estrus and starting the whole process over again.

The hyena den is still active and really is a special place to go and sit to observe hyenas and their softer side. Two of the older youngsters have become very relaxed with the vehicles and we even had one of them chewing on the mud flap.

With all the animals hanging around the water, tensions run high as the water sources dry up. While we were watching these two wildebeest having a drink one of them suddenly turned on the other hitting him to the ground. The aggressor then proceeded to horn his drinking partner several times before chasing him off away from the water. An unexpected but amazing sighting to witness.

The old buffalo bulls have become permanent features at the waterholes where they spend their days escaping the heat by wallowing in mud. This bull is showing the flehmen response- this is done when they are checking the receptiveness of females.

An elephant calf having a look at his reflection in the water. It was actually quite funny to see his response and it must have been one of the first times that he had seen his own reflection because as soon as he took a look he got a fright and his ears flared out as he tried to intimidate this sudden rival that appeared in front of him.

Watching elephants at a waterhole is always an entertaining experience. The young ones really are like children having a good time in the swimming pool.

Nthombi female, a leopard we don’t often see, was actually one of our most viewed leopards this last month. It seems with Marula wandering around Nthombi has felt the need to patrol the southern sections of her territory a bit more.

Sitting at waterholes really is the thing to do, and we are lucky enough to have our treehouse at one of the most productive dams in the area. It really is worth it to go and spend a day there and see what you can see.

Although the drought we are experiencing isn't a highlight, this picture really shows off the harshness of the conditions that the animals have to endure on a daily basis.

The Ross pride spent some time on Umlani's property. The youngsters are really looking good and hopefully there is a bright future for them and we will see the pride grow back into the formidable force they once were.

Summer in the bush is a birders paradise with all the migrants moving into the area. Once again the water has been the place to be and this Grey heron was seen skirting the shoreline for a froggy meal. The patience that the heron showed was incredible as he stalked his quarry, often not making a single movement for up to 10mins to avoid being seen.

We had to laugh at this young baboon that seemed to be trying to find shade any way possible, however it really does show off the intelligence and resourcefulness of these primates to use a small bush as an umbrella.

After a long absence, Mabande was seen and is looking better than ever. This male was always noted to have a small mane for a mature male lion, however that has changed and he is looking amazing. He is spending a lot of his time with the Machaton pride who are growing in numbers with the second lioness now having new cubs. It seems having Mabande around to protect them is paying off and we look forward to watching this pride get back to their former glory.

That’s all for now, exciting times await us here with good news on the lion front as our prides seem to be on the rise. Almost all our female leopards should also have new cubs soon and we are still waiting to see when our big rains arrive to rejuvenate the dry bush. Until next time...