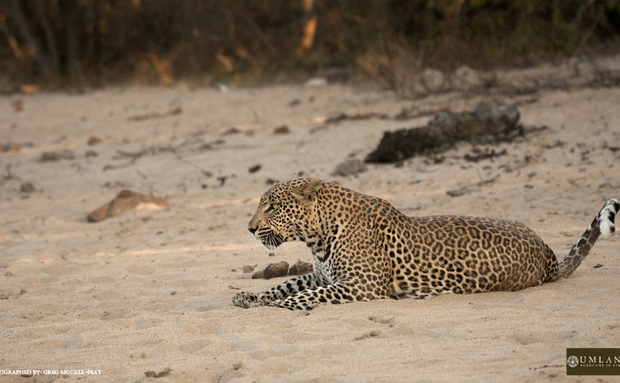 November's been a month's of extremes in the Timbavati. From rains and back to dry scorching heat with lots of great wildlife sightings in between.

Africa is mystic, it is wild, it is a sweltering inferno, it is a photographer’s paradise, an escapist’s Utopia.

It is what you will, and it withstands all interpretations. It is the last vestige of a dead world or the cradle of a shiny new one.

The month of November has come and gone in the blink of an eye, and it has been a month of extremes. Just when we thought the rains were coming, they halted dead in their tracks, and searing heat took their place. The green vegetation that started their early summer celebrations started to wilt and fade back to dull greys and browns.

The valuable water began to decrease and a lot of our waterholes actually dried up completely. Days of 40+ degrees baked the environment forcing animals to the last remaining pools. This meant one thing; great game drives through the month as the usual winter madness sightings extended into our summer.

Enjoy our November highlights in pictures as we look forward to what December has to offer.

We haven’t seen Nyeleti female that much this month, becoming independent she seems to be spending most of her time exploring far and wide, the one occasion we did get to briefly see her she was highly mobile chasing after a scrub hare.

We have been very lucky to see the famous White Lions of the Timbavati on several occasions this month. The good news is that one of the females has two cubs. Although the cubs are not white they have the white gene, thus ensuring that we will have the chance to see wild white lions for years to come

Ntsogwaan male just after he chased Marula female one afternoon. She must be looking to mate as her male cub is now independent. Usually females will initiate the mating. It is a draining time for the males as he must meet her demand to mate. Leopards are solitary and don’t enjoy the company of other leopards so this means that meetings are often aggressive affairs.

Marula female, evading Ntsogwaan by scaling a Knobthorn tree right to the very top. Leopards are skilled climbers but we were left thinking that she really made it difficult for herself in her tree choice as the Knobthorn is one of the prickliest trees around. Adrenaline does wonders until it wears off…

One of the main highlights of the month was when this big male lion killed a buffalo at Marco’s dam. He fed off the kill for about 4 days keeping 25 hyenas at bay which is remarkable for a solitary lion.

The two young Ross male lions joined the older male lion for a day at his buffalo kill before heading off. It was good to see the two youngsters again and they are really becoming beautiful males as they reach their prime.

Herds are forced together to seek water at the remaining waterholes. Fortunately for us one of these waterholes is Marco’s dam.

Watching interaction amongst elephants can be really interesting. A herd was huddled around a pool of fresh drinking water when this big bull arrived. The herd quickly gave way to him and allowed him to drink. He definitely must be the main man in the herd.