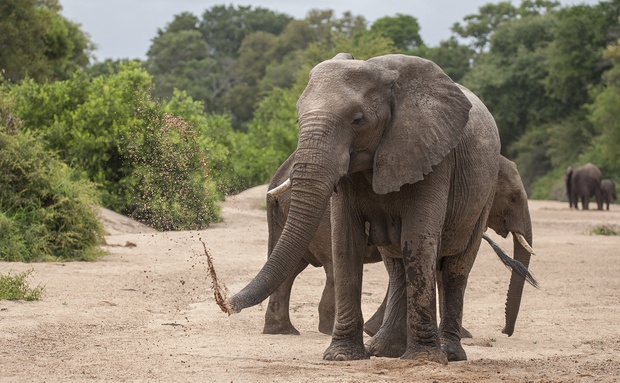 February brought many amazing sightings and it was hard to pick ones that really stood out from the others. We have had some late rains which has rejuvenated the bush before the onset of the dry season, with all the new plant growth and water the animals have been out in full force, and we have even had some fantastic sightings from the comfort of the camp, with elephants being an almost daily feature as they drink from the waterhole in front of camp and feed on the lush vegetation of the drainage line that Umlani overlooks. Out on the drives there has been plenty of lion sightings as well as general game, more elephants and then of course our leopards have also put in a few appearances as per usual.

On one particular morning we had a large herd of elephants spend a good few hours down in the riverbed at camp, the adults were digging for water in the soft sand while the youngsters rolled around and played with each other, one thing about watching an elephant herd is that it is never boring, there is always something to see and before you know it hours have passed and your camera card is full, take a look at the pictures we took of the sighting to see how magical it really was. 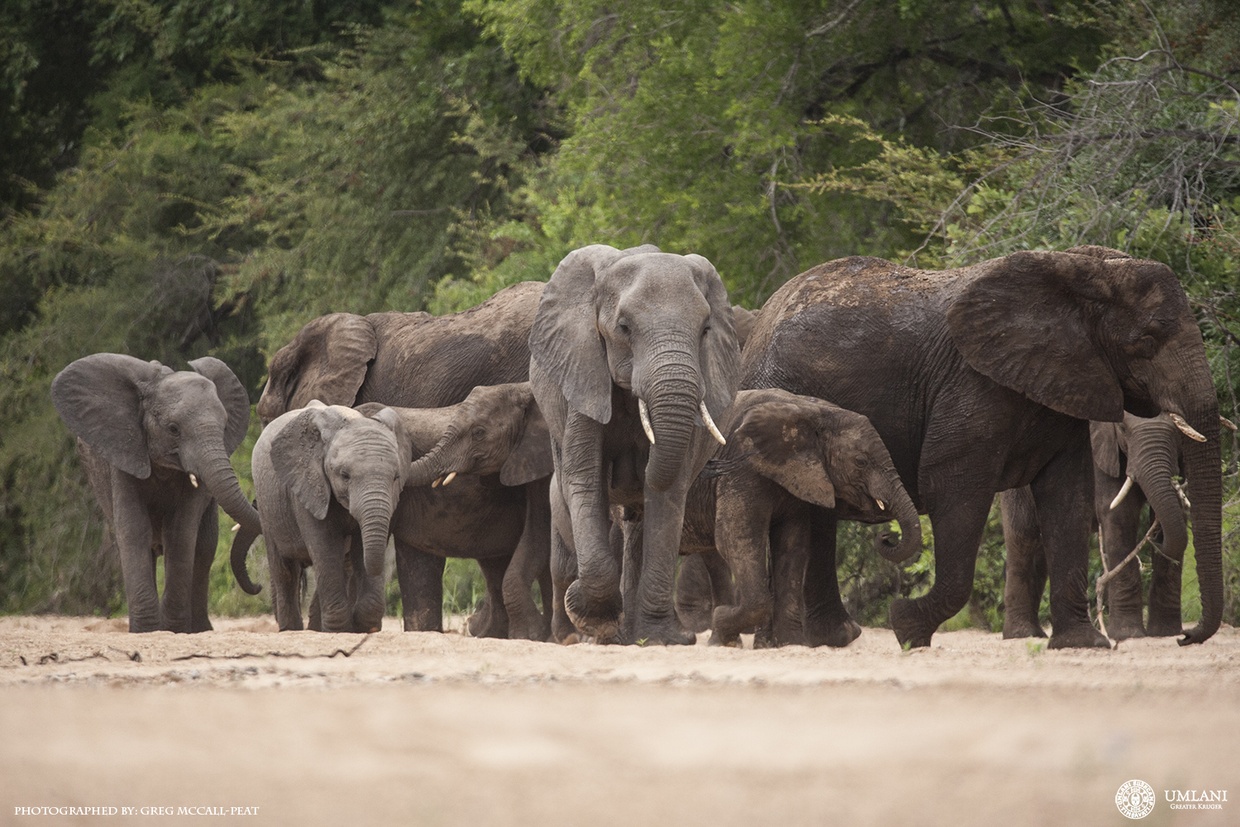 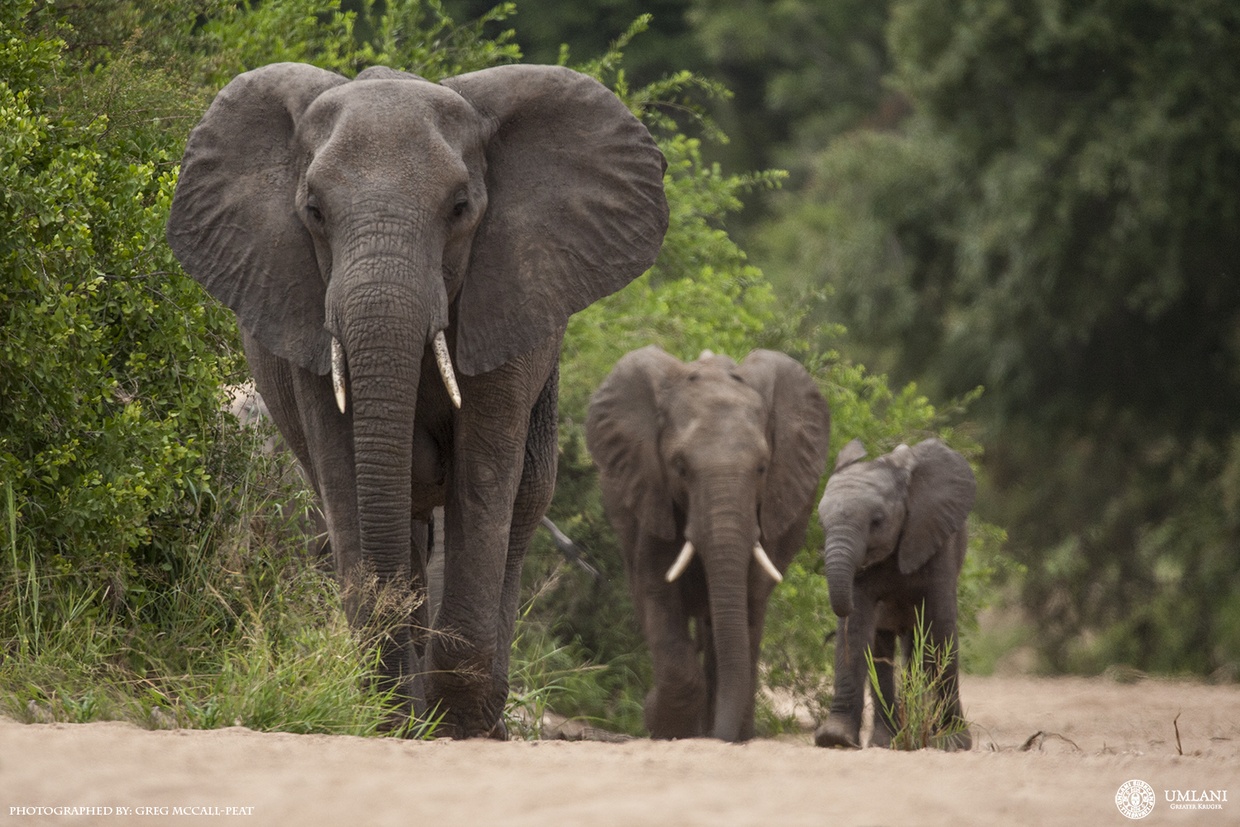 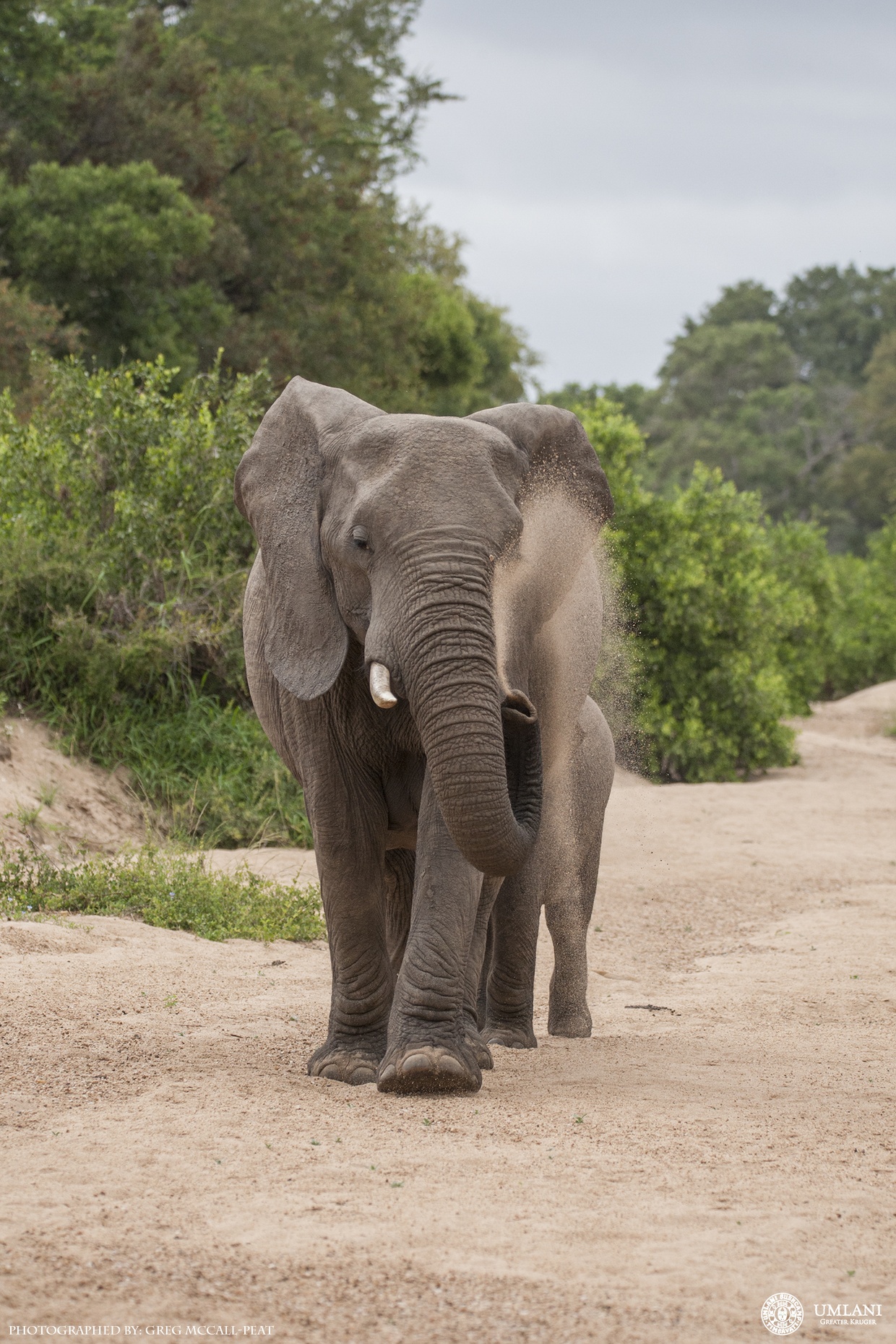 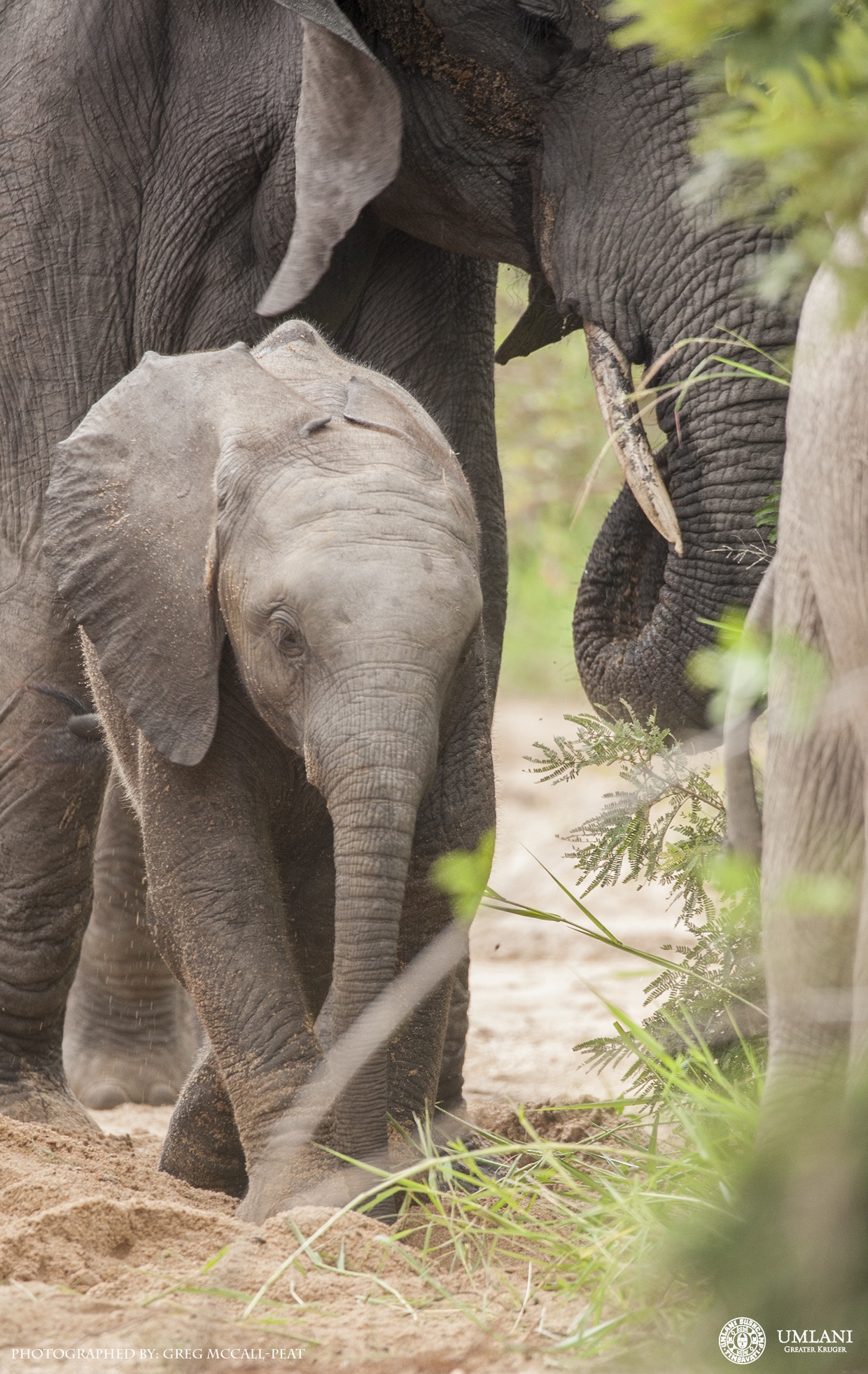 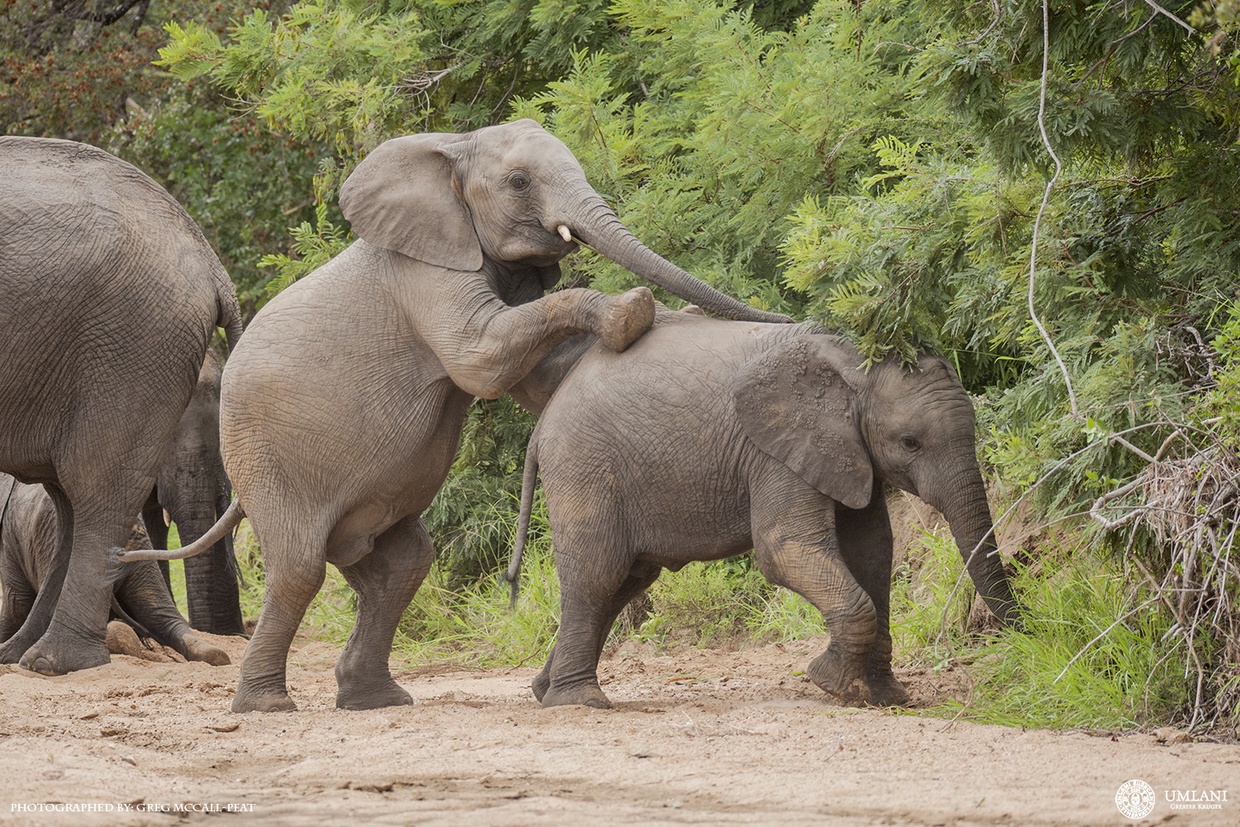 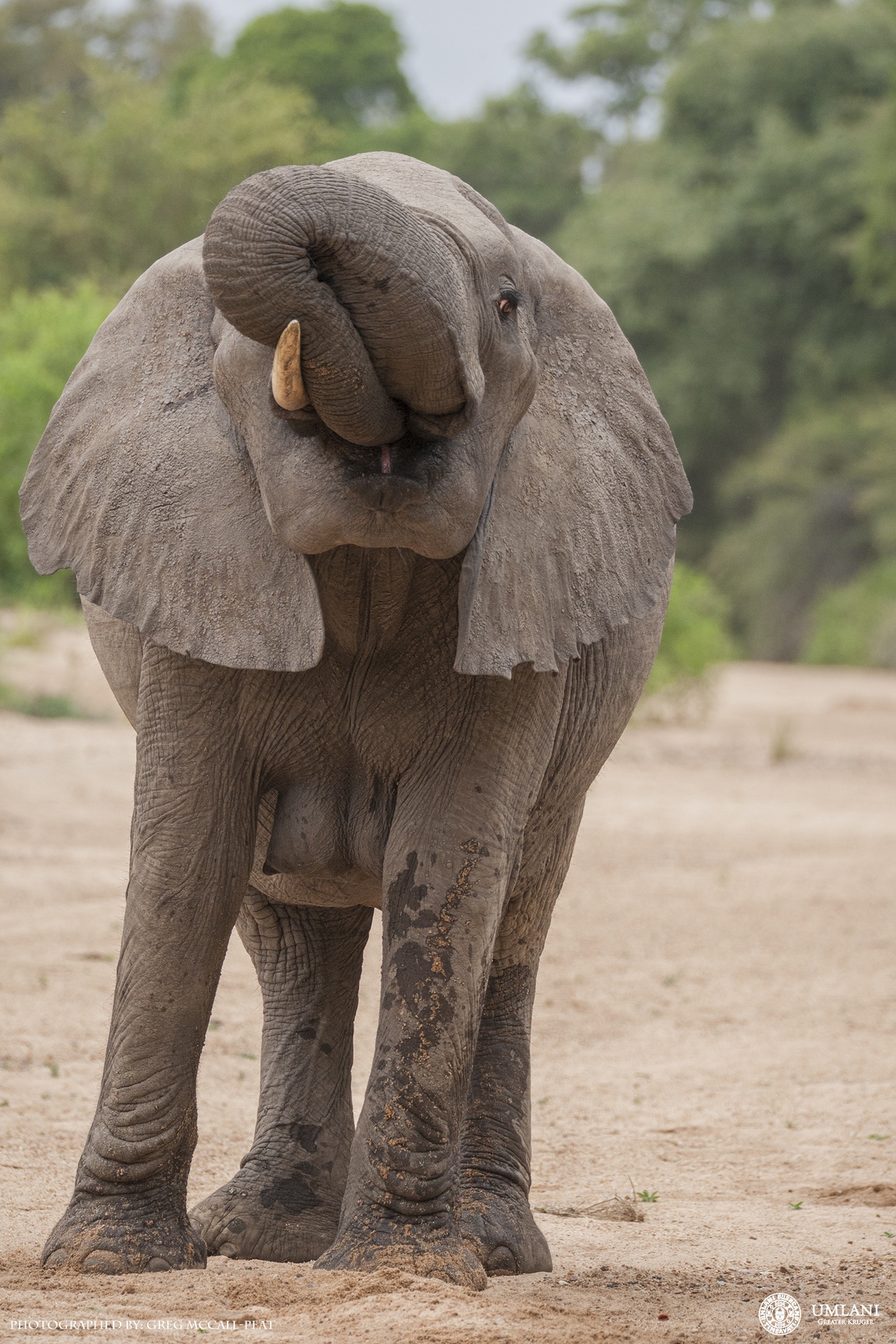 Our next sighting highlight came in the form of the ever beautiful Marula female leopard, she had killed an impala and stashed it up in the branches of a tree, reports over the radio were that she was taking a break from feeding and sleeping off her meal in a thicket to escape the heat of the day so we decided to take our time getting to the sighting in the hope that when we did eventually arrive she would be a bit more active, so we took the scenic route and had some nice general game sightings along the way. 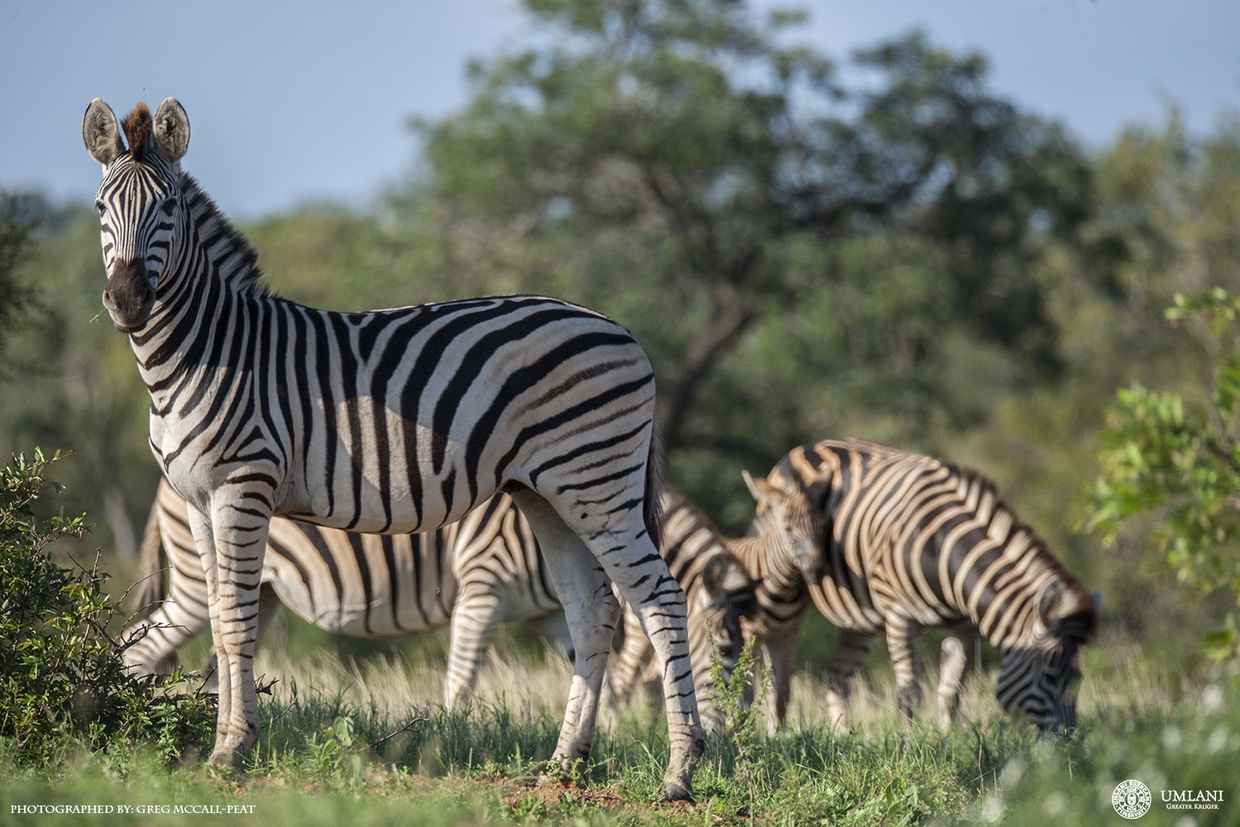 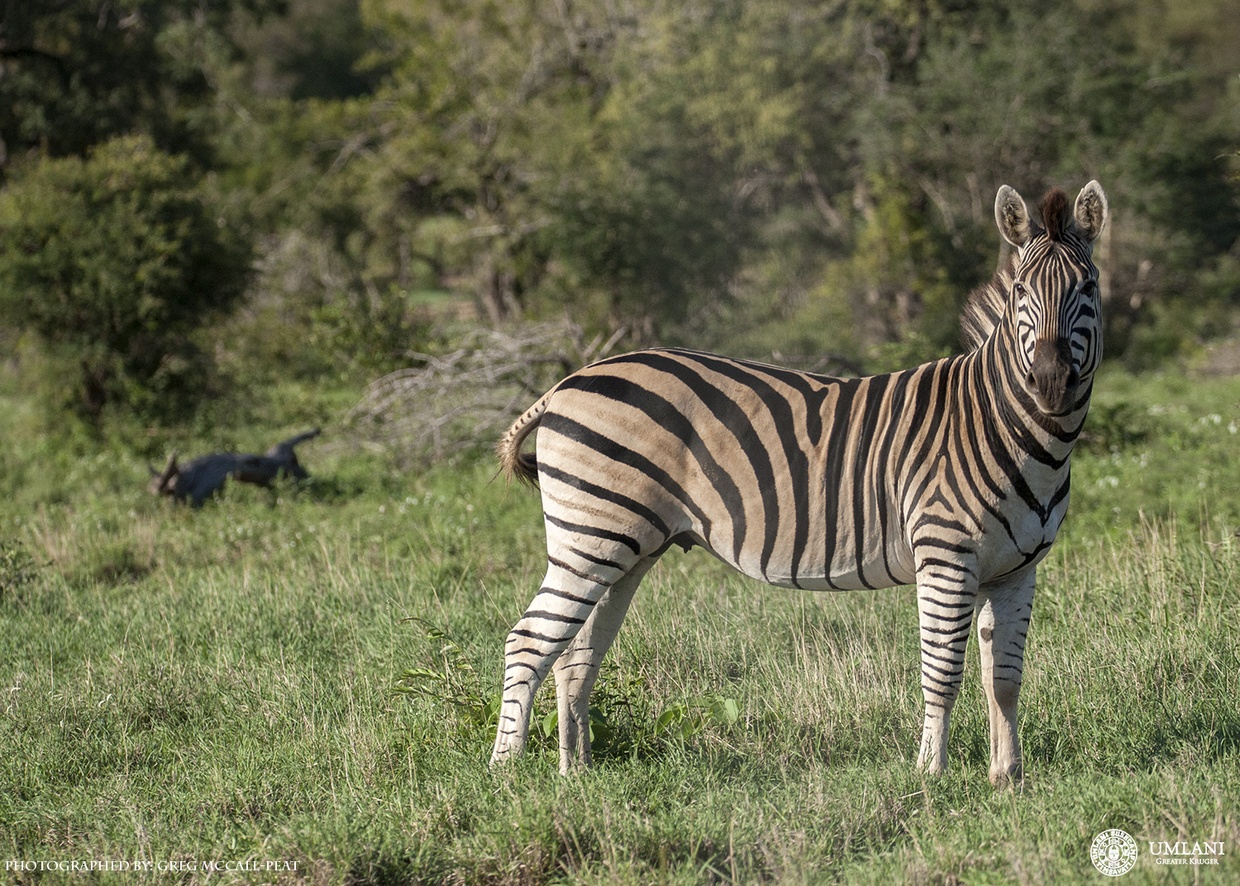 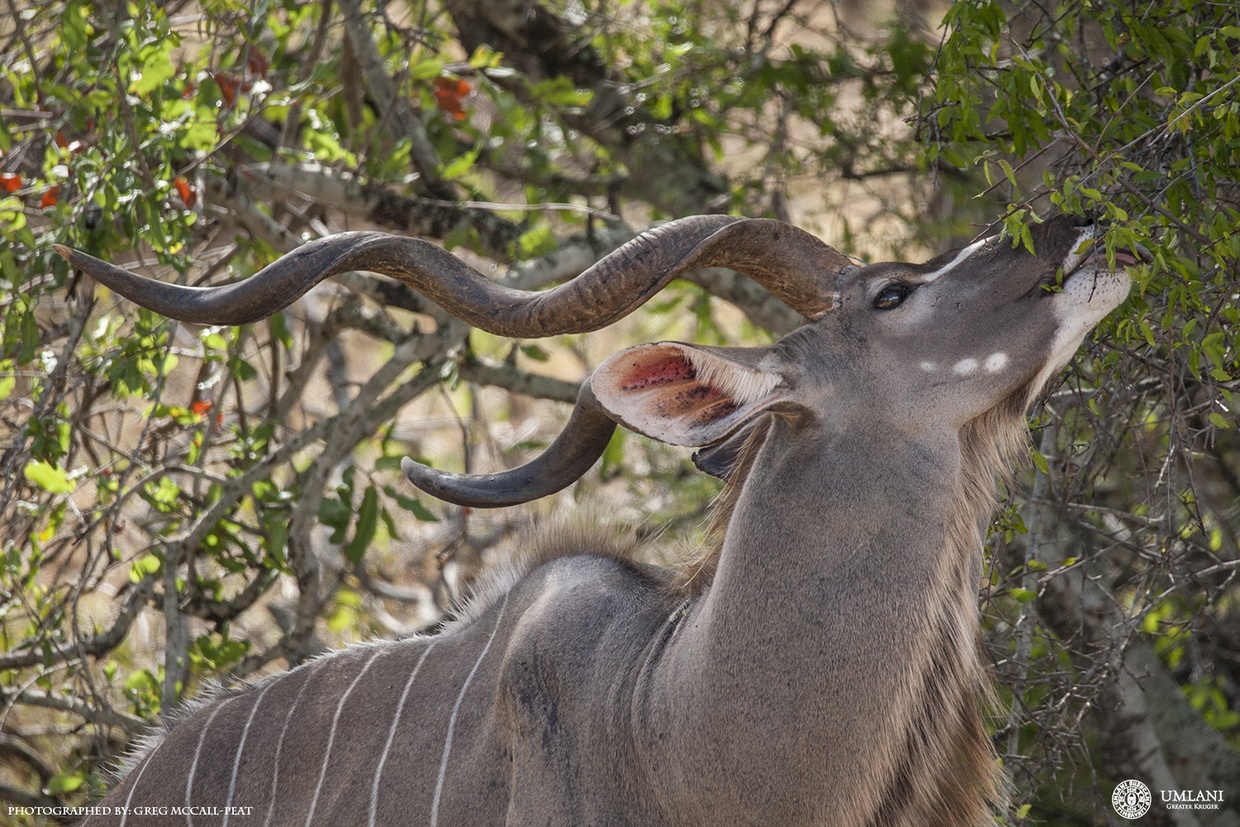 When we arrived at the leopard sighting our timing was spot on as she began to wake from her slumber, and we managed to get a few quality photos of her before she decided it was time to eat again and headed up the tree that her meal was in. 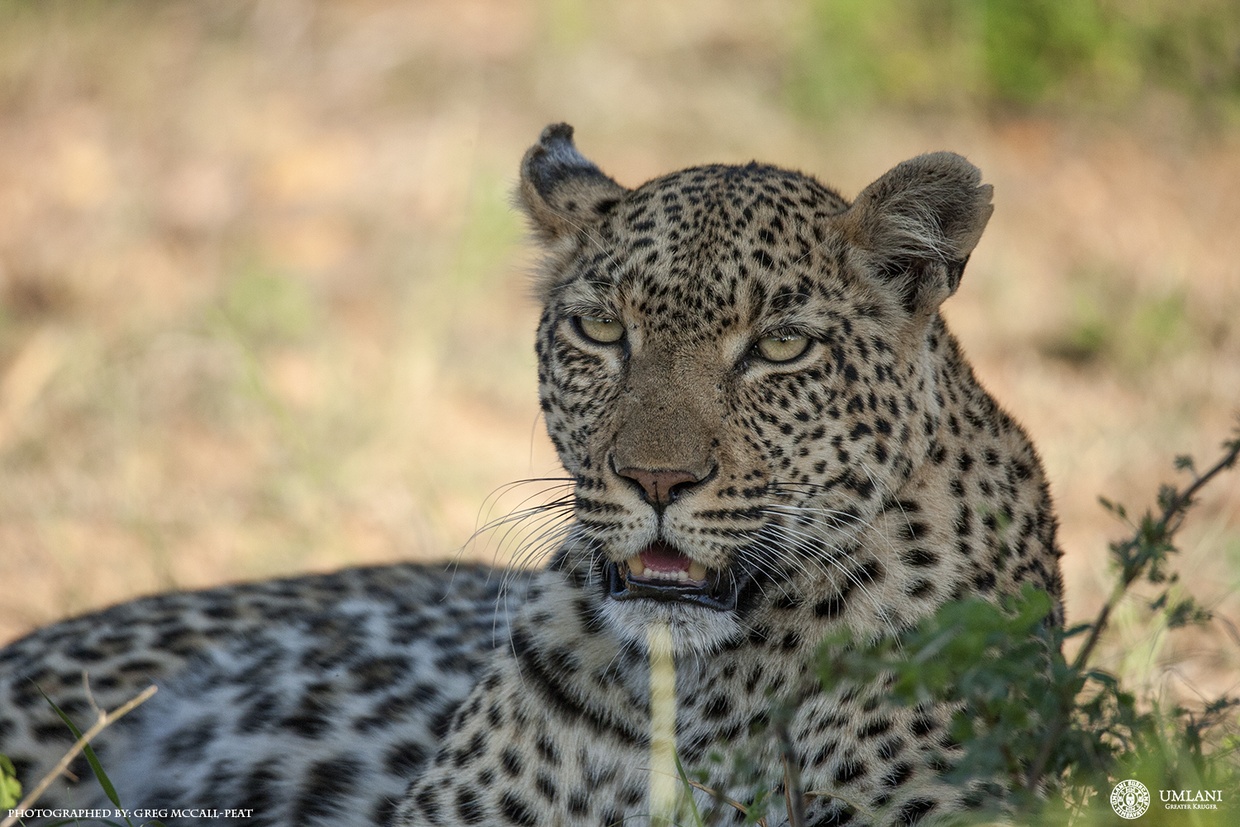 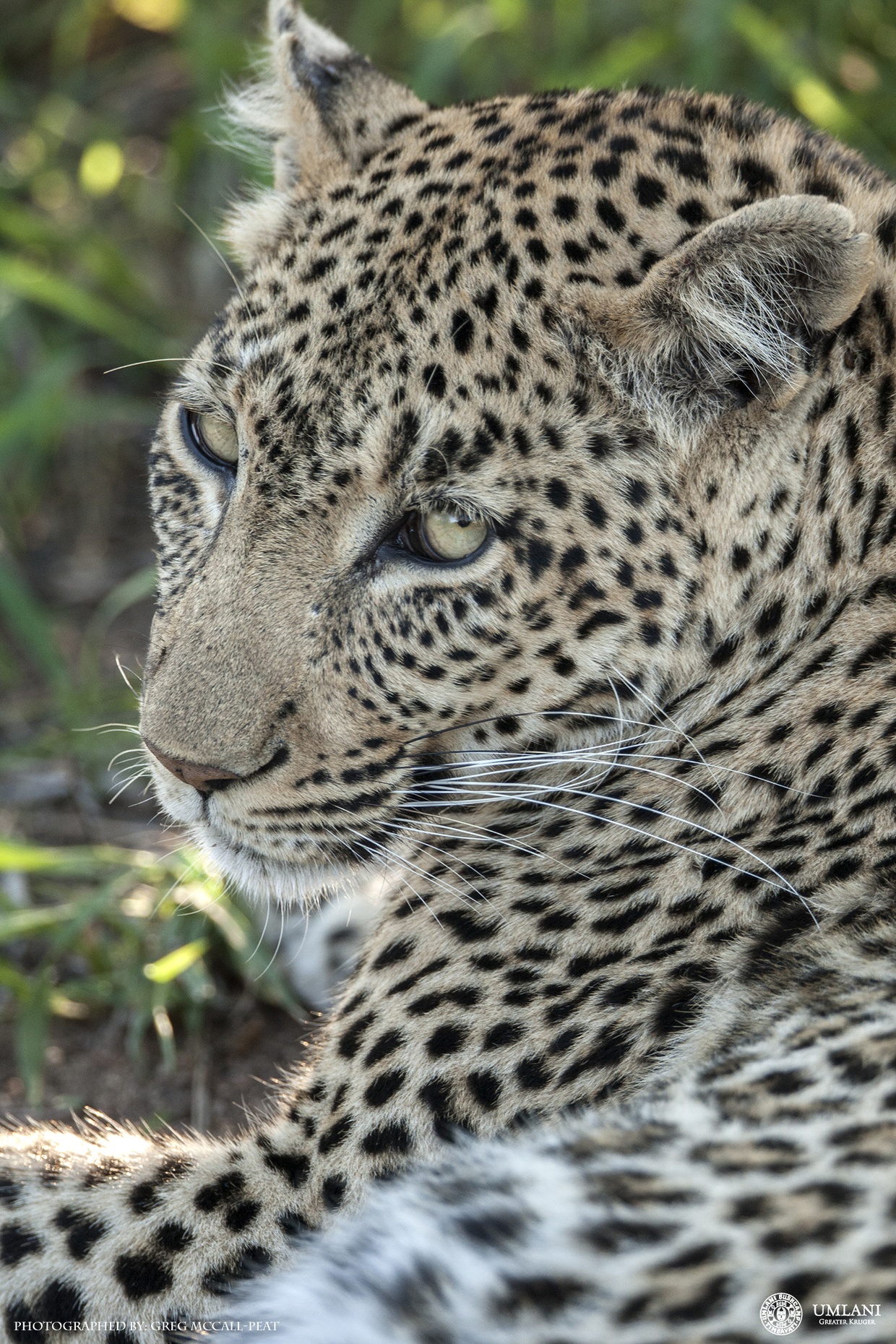 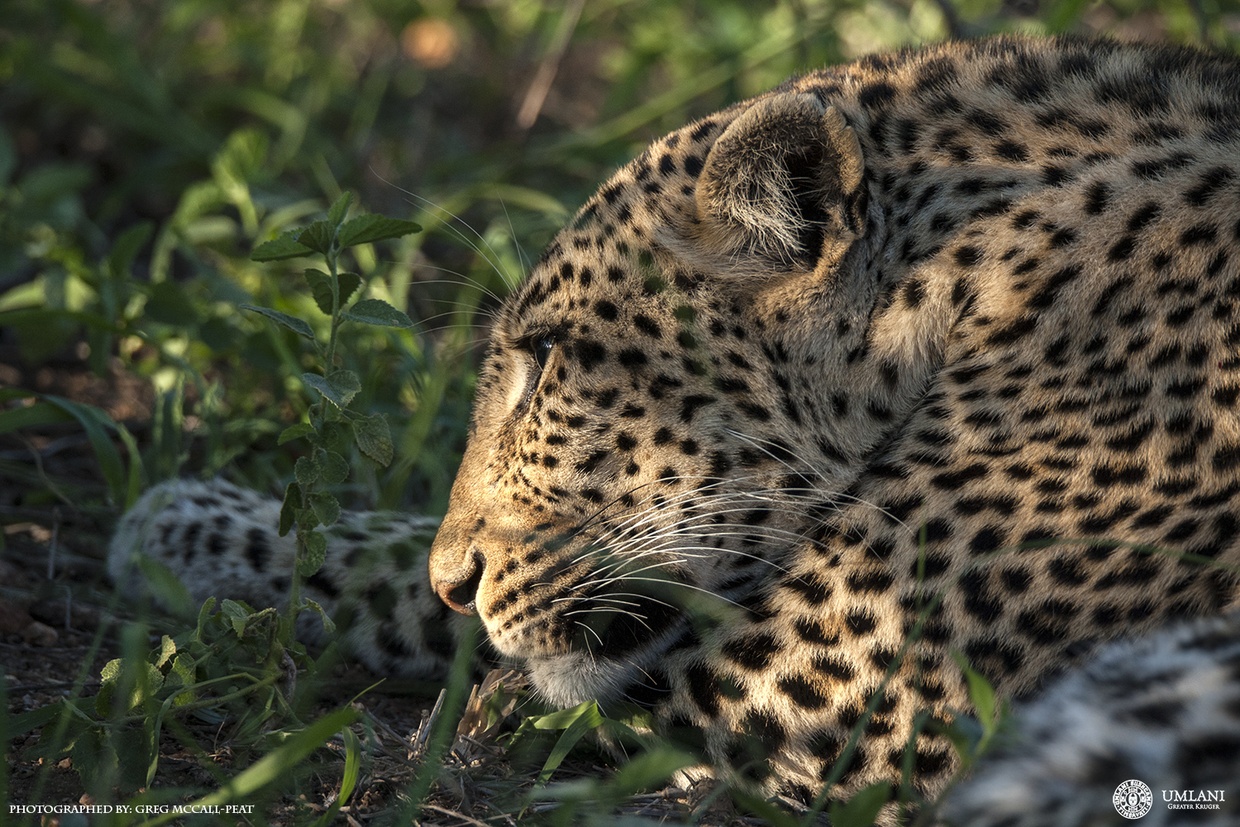 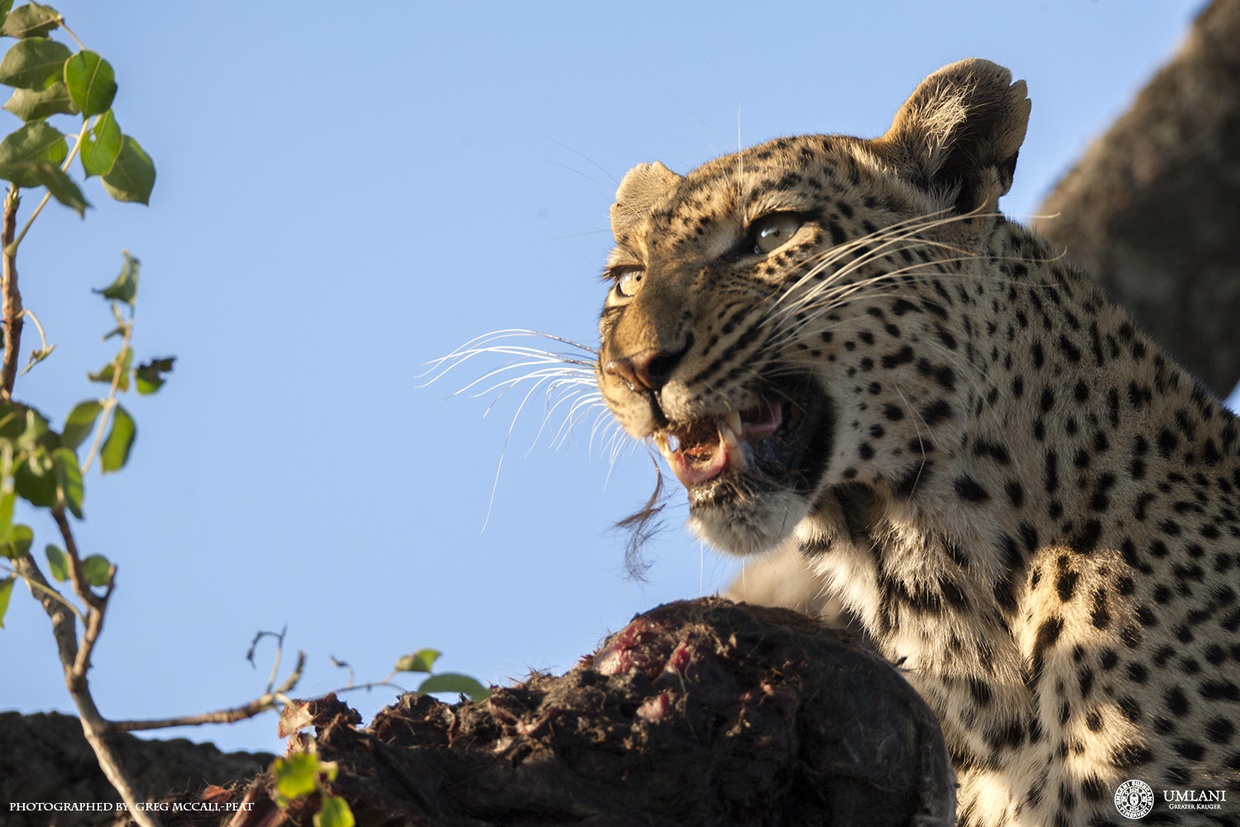 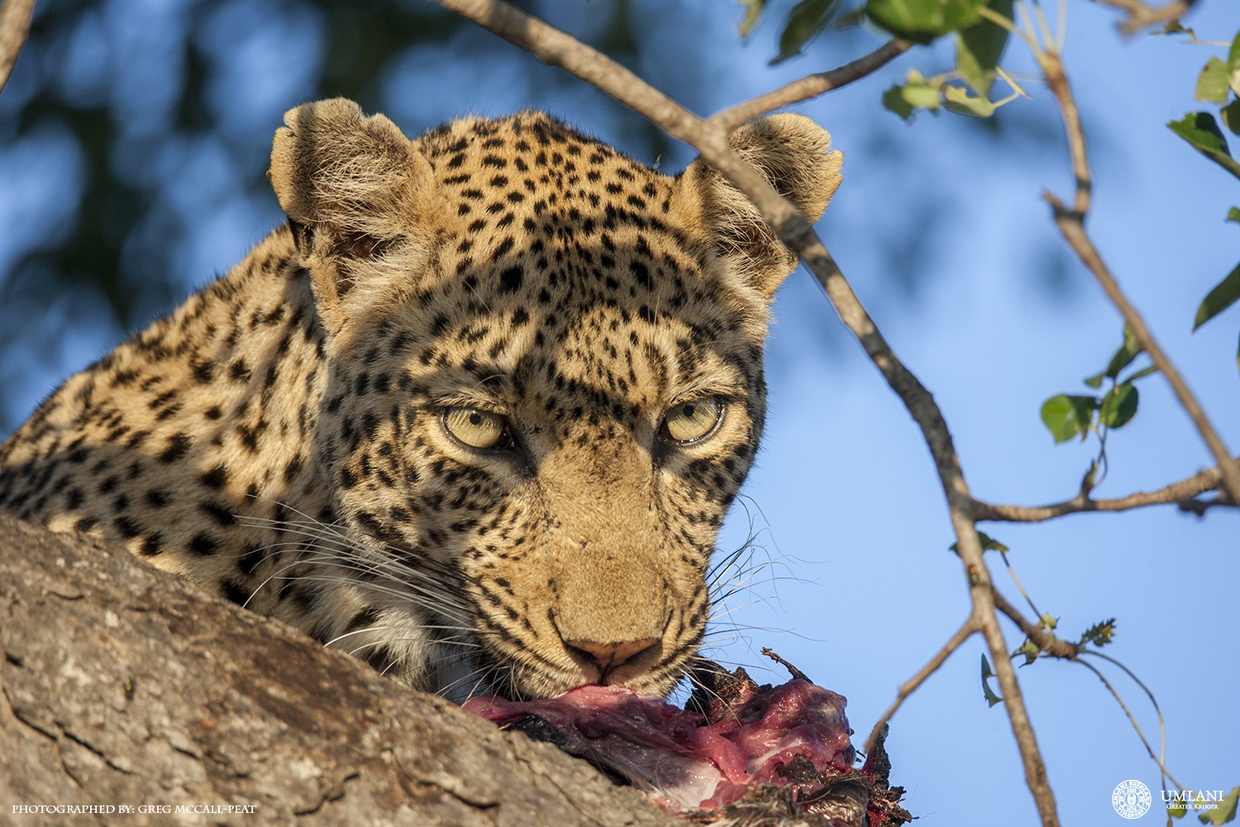 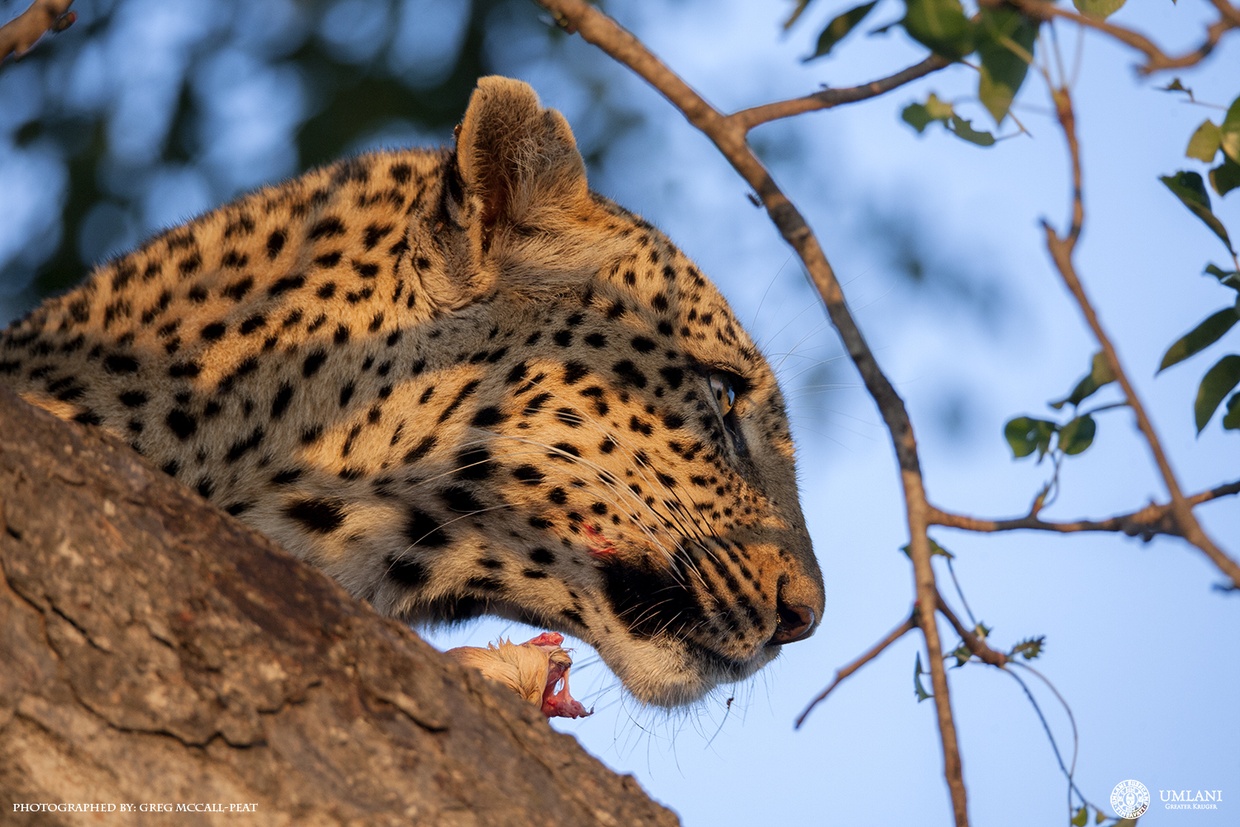 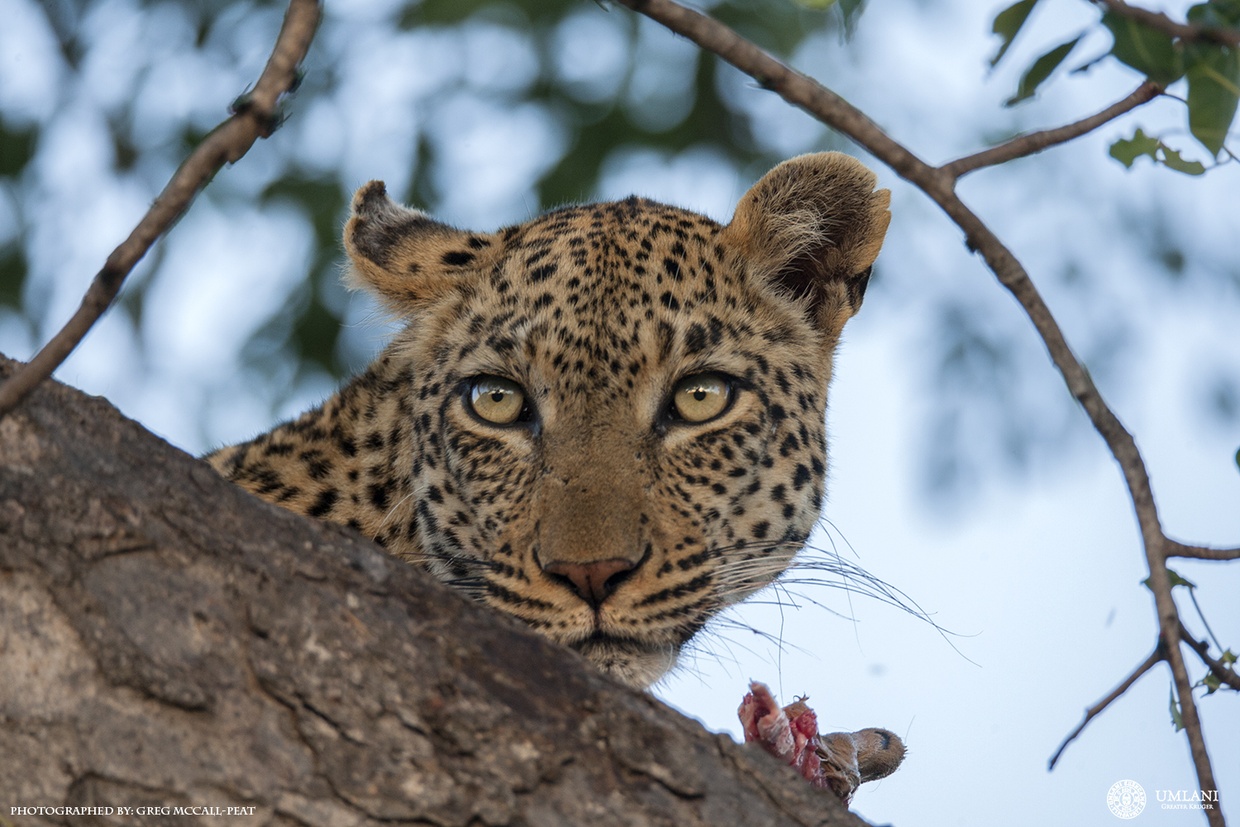 As the light began to fade we decided it was a good time to leave the leopard to her meal and head back to camp.February treated us very well with regards to sightings, and from what has been happening out on safari in March already it seems we can expect more of the same, but that is for the next blog...